I am trying to replicate this angle to create mock-ups of a self-branding project. I've tried skewing and free transforming the perspective but I have multiple designs like the image and I want to make sure that they're all at the same angle so it looks realistic. I am not sure how to exactly determine the angle. I've been testing out rotating and shearing circles its quite fiddly. 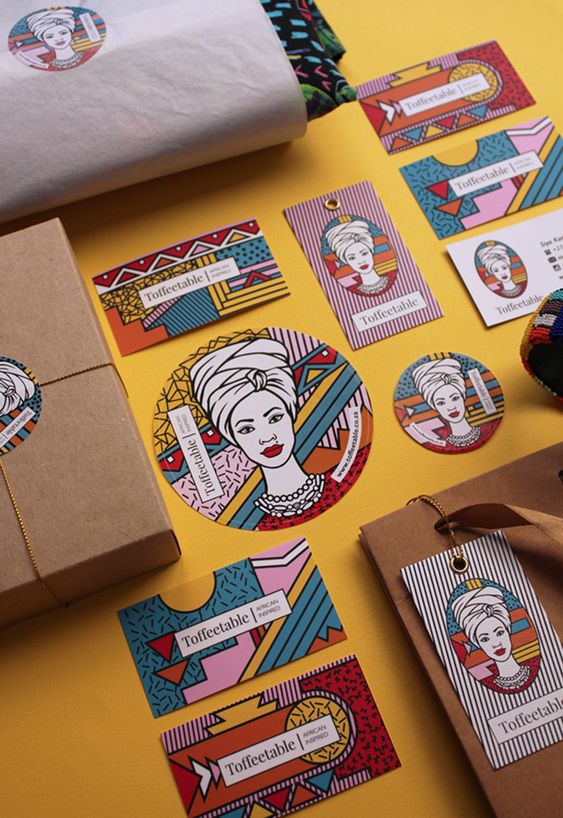 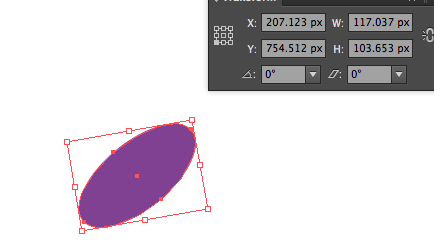 Ive been using Effect > 3D > Rotate as well and it helps to get a visual gauge as I go and tweak it but wondering what is the most effective way to do it. 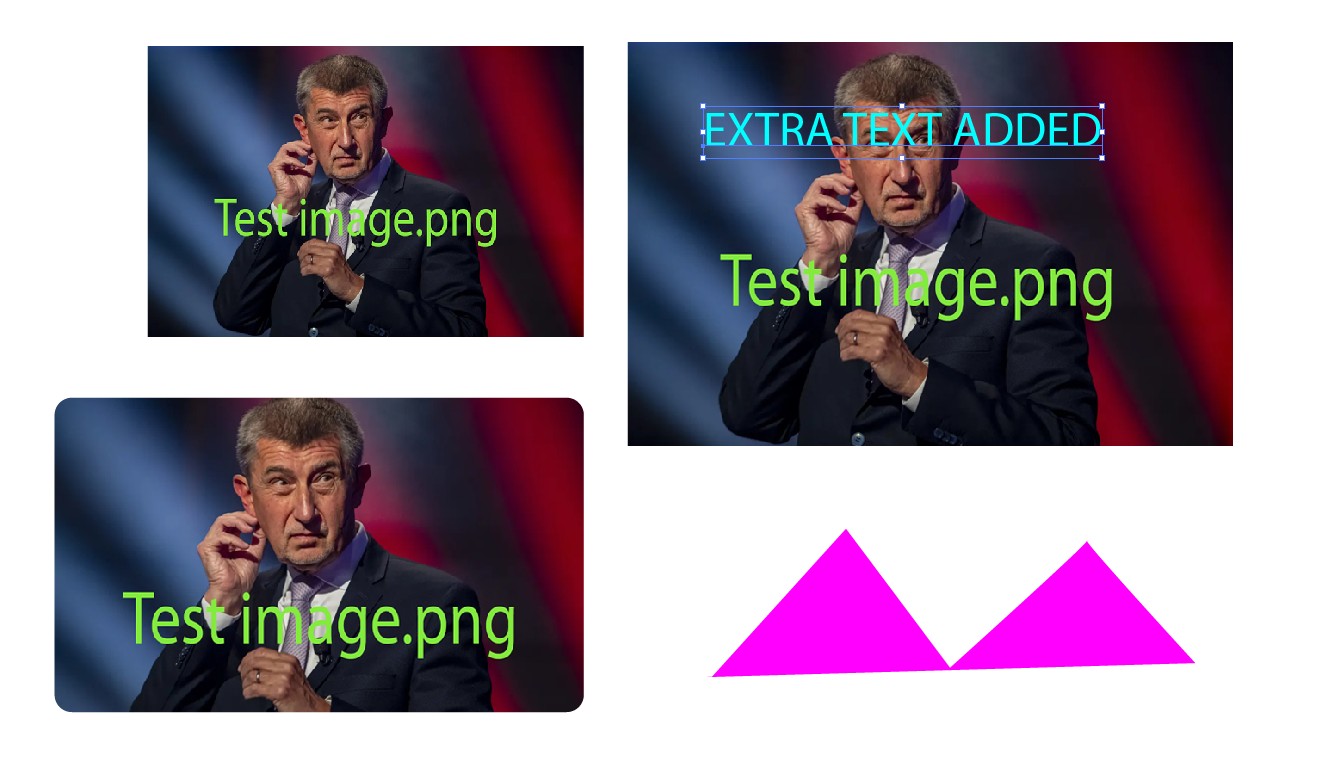 The same image is used three times. The copies are scaled to different sizes, one of them has got a clipping mask with rounded corners. An extra text element is inserted (the cyan one) and one (magenta) shape is drawn. The green text is a part of the PNG image, so it's rasterized.

You can apply effect 3D > Rotate for perspective and get it right - only group all elements to one before applying the effect. An example:

The green text is in a low resolution raster image. It really doesn't stand heavy transformations. You must either have high resolution or vector images to prevent visible degradation. It's best to insert texts in Illustrator like the cyan one.

I opened the linked image in Photoshop, pasted to it new content (=another news photo) and saved it. Illustrator noticed the change and offered to update the document to this: 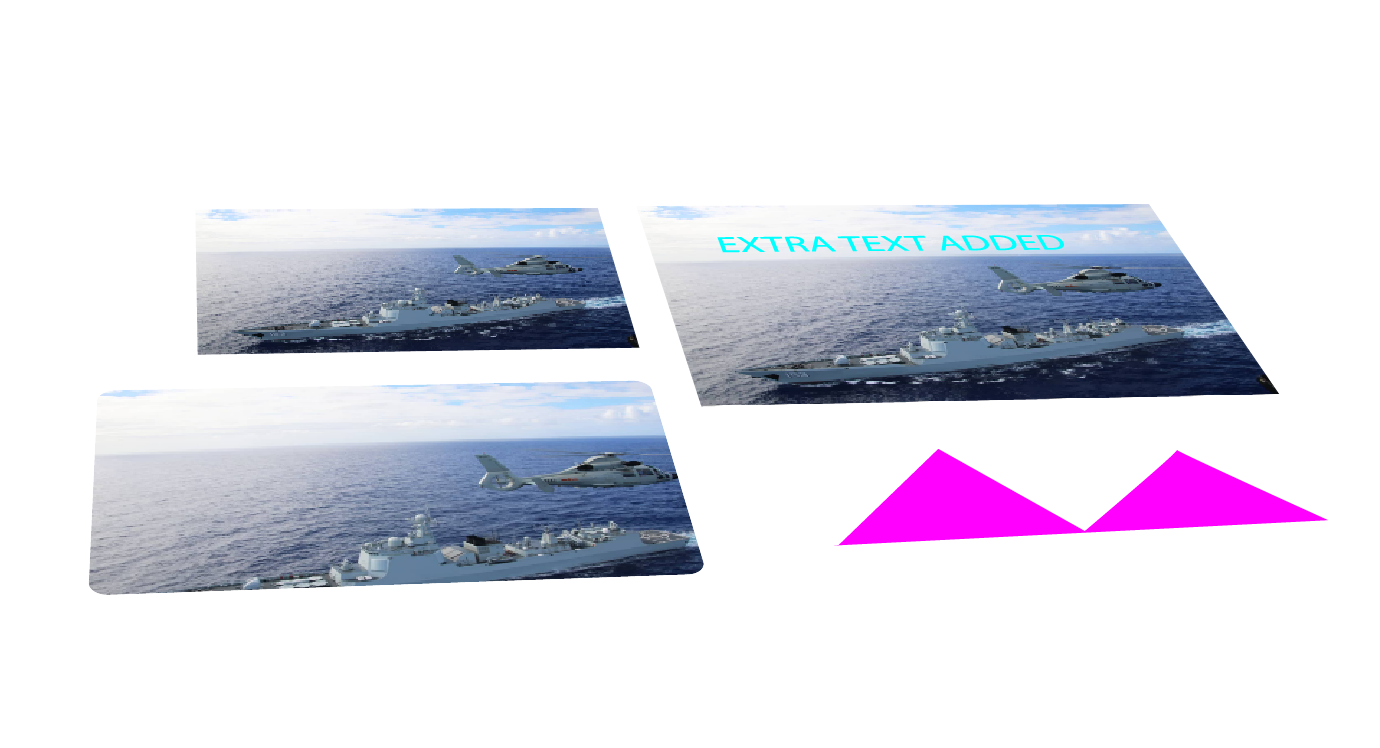 The layout stays but the content changes if the new version has the same name, same format and exactly same dimensions as the original.

This makes possible mockups where a changeable single art image is used several times with different scalings, maskings and additions. As others have already said, Photoshop has more possibilities because you can have adjustment layers, layer styles and smart filters. It's for example nearly impossible to have anything in Illustrator which does the same as color changing adjustment layers in Photoshop. You also cannot warp linked images for ex. to make them curved. I'm afraid this is a serious defect, because it works as Smart Filter in Photoshop. But you have still numerous effects available in Illustrator, so the idea of using Illustrator is not fully useless.

Some of the limitations of linked images in Illustrator can be worked around by using a single copy of an image as symbol. It must be placed as embedded to the Illustrator document.

In the next image there's 2 instances of the same symbol. The rightmost one has got before the perspective insertion a drawn drop shadow (=blurred rectangle) and envelope distortion with warp "arch":

The symbol is edited in the next image. The sea scene photo is deleted and another as big photo has pasted as a replacement before exiting from the symbol editing. This is the result:

Using the image as symbol gives many useful possibilities. It can be even on the surface of a simple enough 3D object, for ex. on a bottle.

Not the answer you're looking for? Browse other questions tagged adobe-illustrator cs6 transform perspective distort or ask your own question.