I am trying to colour geometrical patterns similar to the one attached here. Any suggestions which software I can use for this purpose?

I am making these patterns in Geogebra and it offers to export them in vector and other picture formats e.g. jpg, png etc. Question is these patterns have repeated units so i am looking for software that can help me to color them quickly and efficiently.

I have seen people using Illustrator for this, but I'm looking for a free software. I use Windows.

Any help would be greatly appreciated. 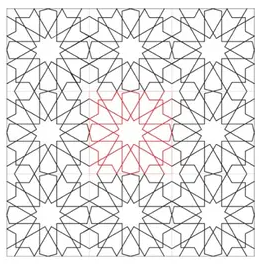 The free and open source vector image editor Inkscape might work for you, however it's not particularly easy software and there is a learning curve, but Illustrator is similar in that respect.

In Inkscape a little setting up would be required. In the example below I used an SVG that I downloaded. The pattern itself is on one layer which I locked in the layers panel. Then I made a new layer for the fills underneath. Then I used the Fill Bounded Areas tool (aka Bucket Fill tool) to fill it with colours.

You could also unlock the pattern layer, select shapes and change the stroke colours as required in the Fill and Stroke panel. You can also apply fill colours directly in this way. 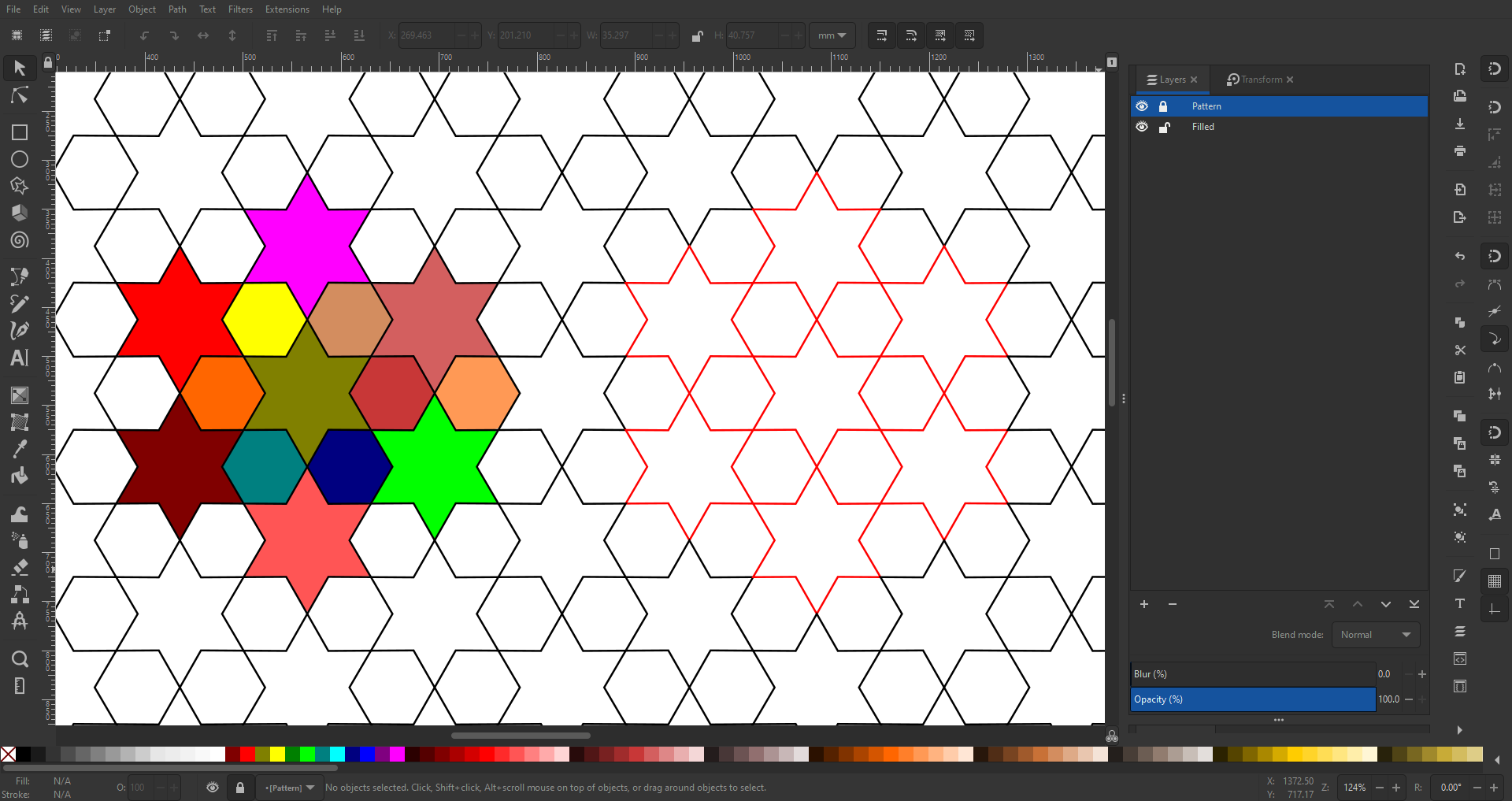 Other possibilities include free and open source raster image editors such as GIMP or Krita. Both have a Bucket Fill tool that can be used similarly. Both GIMP and Krita can open SVGs, but they will be vectorized. Use Inkscape if you want keep everything vector. Inkscape is like Illustrator. GIMP and Krita are more like Photoshop.

Note: I have no affiliation with any of the software listed above. These are merely suggestions. All three I have suggested have fairly large user communities, plus a plethora of tutorials available on youtube if you need to learn more.

Not the answer you're looking for? Browse other questions tagged color software-recommendation patterns or ask your own question.

5
Solutions for a comic production workflow?
7
Digital asset management software recommendations?
5
How to fill shirt patterns into a shirt silhouette with realistic form "twist"?
4
Software recommendation: What program can I use to create maps like these?
2
Triangle Pattern Background in Freeware
0
How do I align multiple pattern brushes?
2
3D vape bottle renders and other 3D elements
0
How to create custom Patterns that can be applied with Value and Density in Adobe Photoshop?
2
Expanding patterns into complete paths without clipping masks in Illustrator
0
Get Cadbury Dairy Milk colors using Adobe color wheel