Can we make a text outline again into a text in Adobe Illustrator?

I am very new to Adobe Illustrator, I created a text outline by doing

But what if I want to make those outlines again as a text? Please let me know.

For your reference below I am attaching the screenshot, please find the attached screenshot. 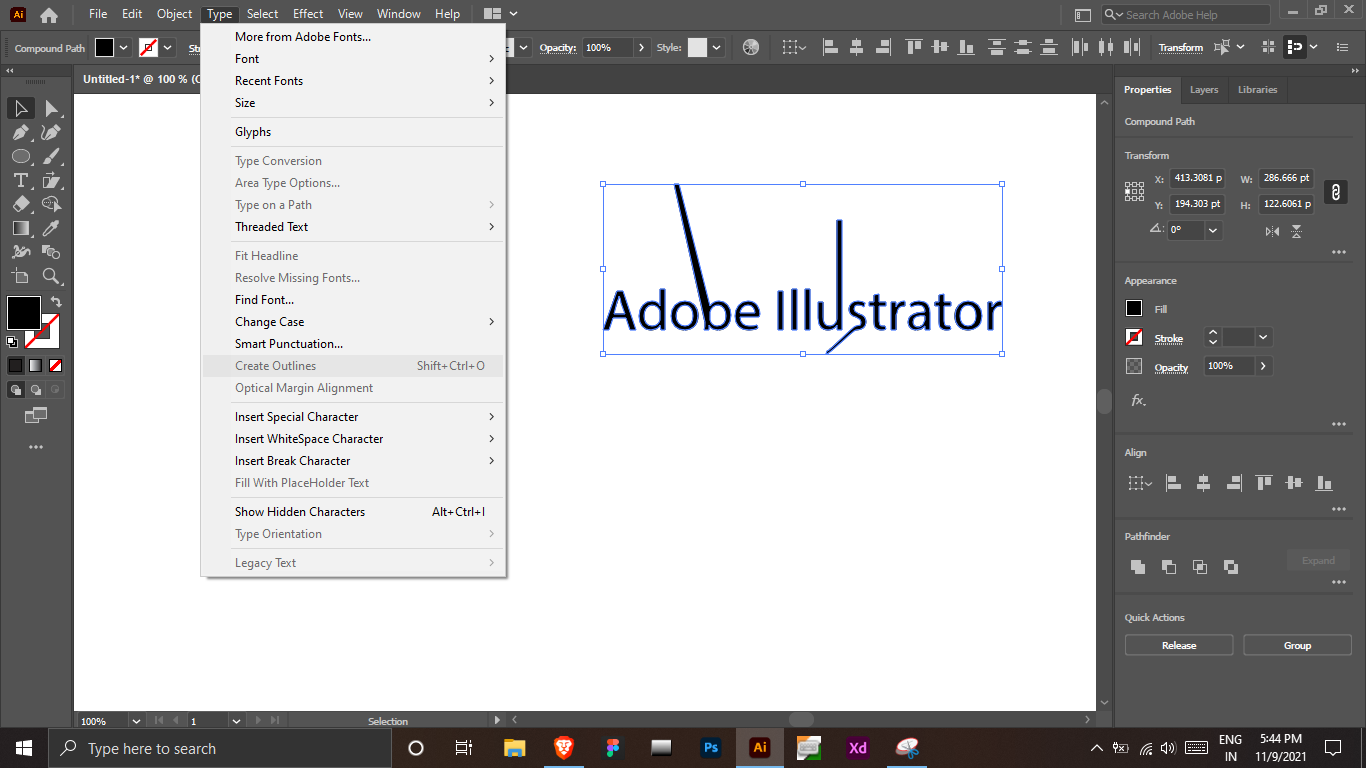 the short answer is no. you would need a script to read the shapes as OCR content and the convert it back into a string of text. usually when such documents are made a duplicate layer containing editable text is kept in the file (you can also turn off that particular layer's capability to print as further security)

If it happens that you want to include the edited letter outlines to text you have at least one easy possibility. You can paste them into text as inline graphics. That can happen at least in Adobe Indesign. Inline graphics for Illustrator has hanged in the feature wishlist.

Another more complex possibility is to create a new font in a font editor.

If the letter shapes have only slight or no distortion you can do as already said by others: use OCR to extract the text content (=characters, not its visible form). Adobe Acrobat Pro does it well. In addition there's available several advanced OCR programs, some also as freeware. Most of them expect to see good quality bitmap images of text (=rasterized vector images, photos or scanned text pages).

Not the answer you're looking for? Browse other questions tagged adobe-illustrator adobe-photoshop inkscape vector typography or ask your own question.

1
Adobe illustrator: basic editing questions (break apart)
35
Preserving font type in illustrator SVG file
1
Changing text from 2-lines to 1-line - how to center the text field in a square again?
0
Adobe Illustrator: Export PDF (custom preset) + Export JPG (RGB) 300dpi quality 10
0
How do I cover this outline to make these pants look like one shape?
2
Creating clipping mask with an outlined stroke
1
Weird grey line/border in white space in Adobe Illustrator
0
How to insert direct current symbol in adobe illustrator?
1
Adobe Illustrator Fit Type Bounding Box by Excluding Side Bearing
0
How to remove all the Pink Numbers That Show Up When Using Move Tool On Type & Vector Graphics