How do I edit an illustrator script on a mac. Script editor wont' work [closed]

Ask Question
Asked 5 months ago
Modified 5 months ago
Viewed 113 times
0
This question is closed because it does not fall within the expertise of graphic designers. It is not currently accepting answers.

If you can, use comments to guide the asker where to best post their question. If there are clear problems with the question (e.g., if it is unclear), try to help them to address these before reposting.

I'm new to scripts. I want to use the Script Editor that comes with my mac, but I can't seem to make it work. For example, I found the simplest possible Hello World java script on the internet, and I copied it into Script editor, and nothing works:

As well, in the Adobe Illustator application folder, there are sample scripts, and Script Editor won't open them, as seen here they are grayed out: 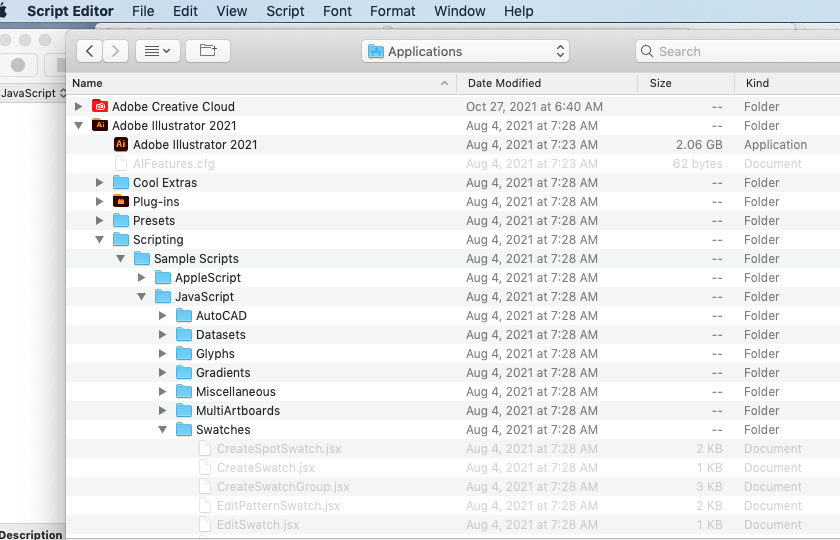 which is really strange because I can run these scripts in Illustrator.

I can run these scripts but I can't edit them.

Obviously, the apple script editor doesn't like .jsx files, but I can't find any documentation on the internet that mentions this.

ps. I did try to change the preferences of the editor to java script, as seen below. 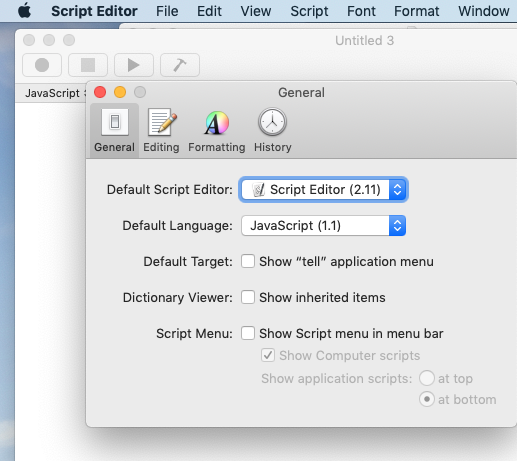 but it doesn't help.

pss. I just download an app from the applestore called BBBEdit, and it won't open .jsx files either, see below 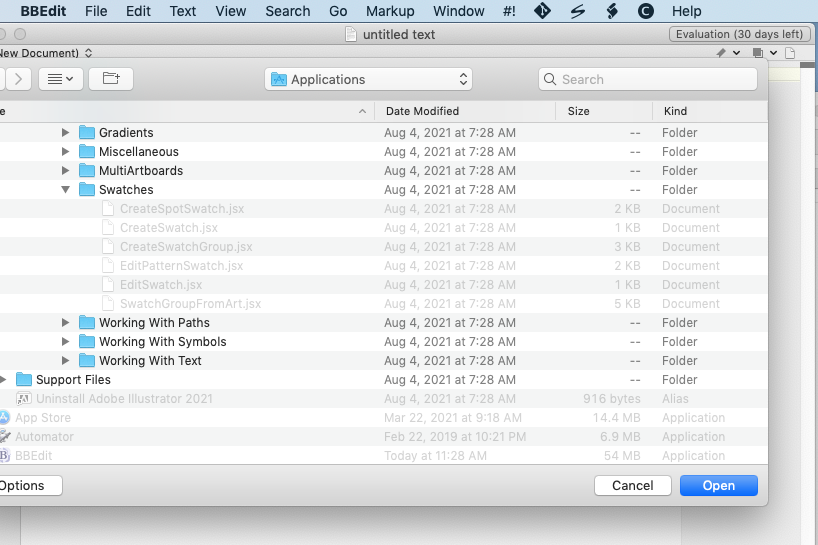 Why is it so difficult to edit these files? I'm pretty good at picking up programming languages, but if I can't get a simple Hello World to function, then I'm missing something very fundamental.

It is not supposed to work. Script needs to be run by Adobe application not OS. Pretty normal stuff, compare this to wanting to open file in textEdit versus InDesign. Who runs something is just as important as what it is.

If you want to use the script editor then you should use applescript API of adobe instead. But then it wouldnt be portable and you would have less resources.

0
Illustrator script - create objects, rotated and centred with a selected object
0
Why can't I save edits to my vector SmartObject?
0
Illustrator vs InDesign - missing image path, link edits, update
2
Logarithmic Spacing in Illustrator
1
Illustrator Action / Script To Do Repetitive Artboard Reduction + Export
2
Extract the text out of Illustrator file any API or script?
0
Resizing objects with different width by specific value in Illustrator
1
How do I recreate this optical illusion in Illustrator?