How to achieve the following gold texture effect for photographs? Does it start with adjusting the Hue to a gold color, but how to get the radial-like shimmering shiny look? 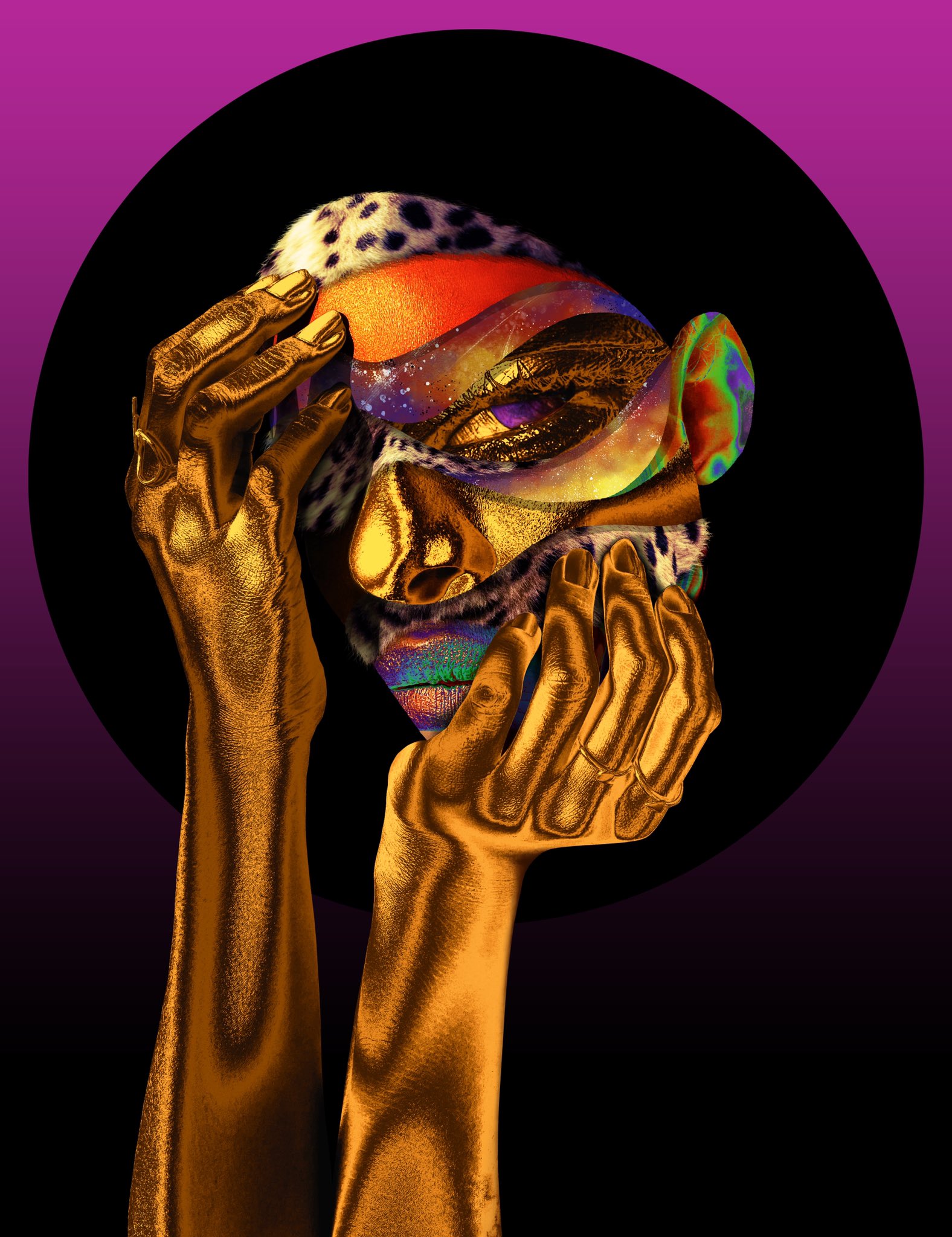 Actually you have already got an answer which covers also the effect caused by the next method.

Get a desaturated photo to start from. We use this unnamed grey haired black gentleman in a white suit taken from a news site.The background is removed. 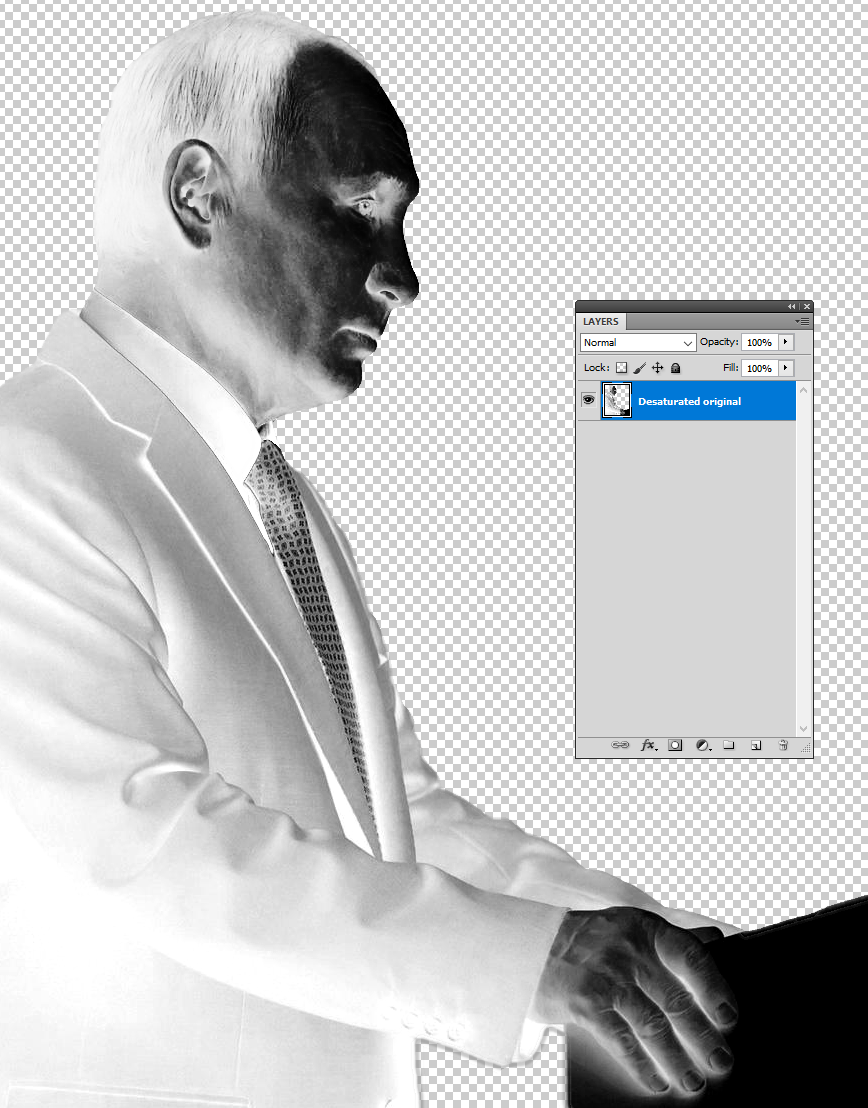 A good image has wide smooth gradients in areas which should be metallized. The forehead (image) of this person is a little too flat for producing the most shiny result. But the idea can still be shown.

Insert a curves adjustment layer and adjust a curve to have partial inversions. It's called solarization in the older answer: 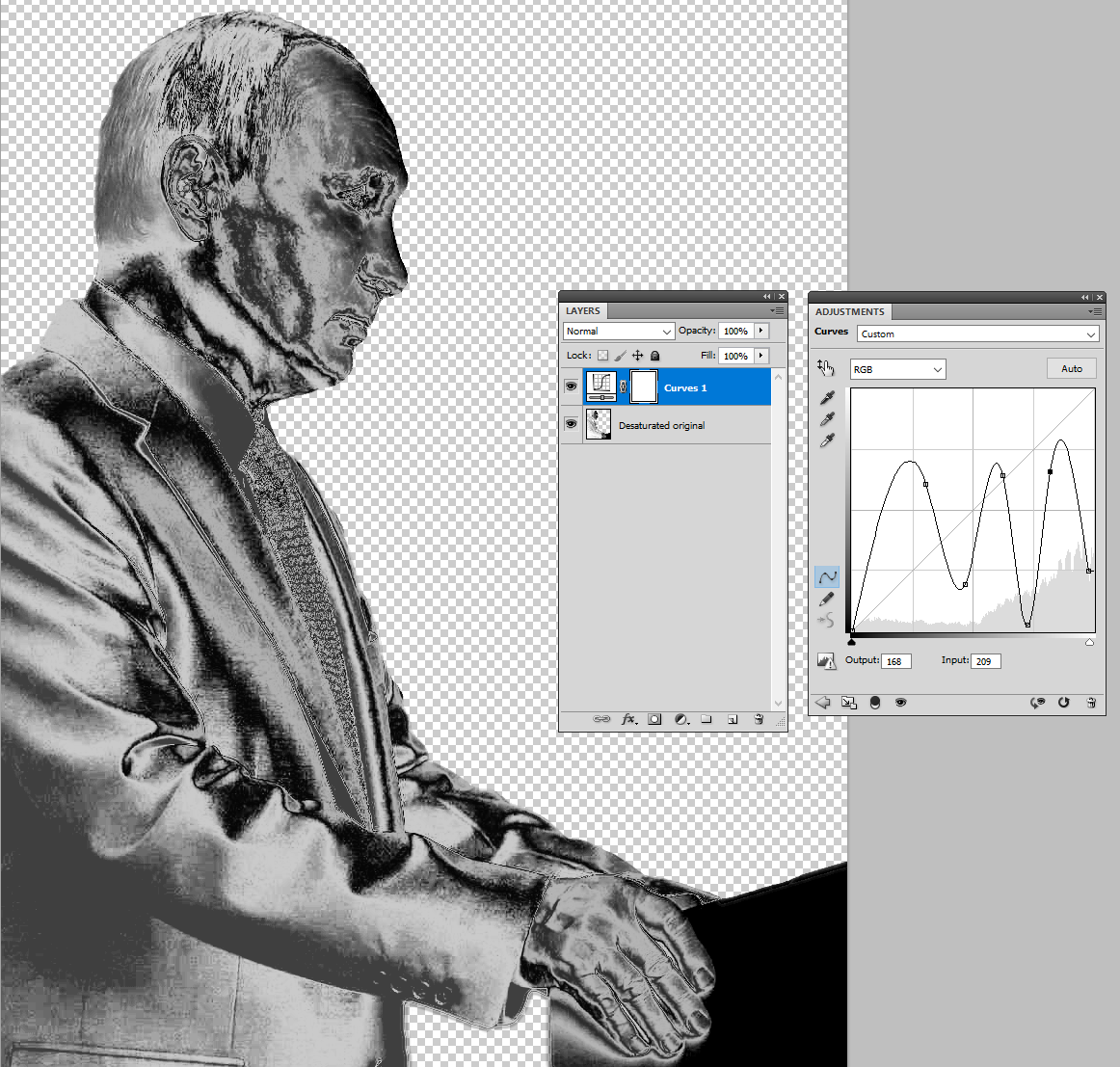 Avoid large black and white area, they cannot be colored in next steps.

Set the "next image layer only" -switch ON to keep the inversions off from the background. Insert a background layer. I Inserted only solid black.

Insert a new top layer which has a little different yellows for more lively effect and blending mode = Color: 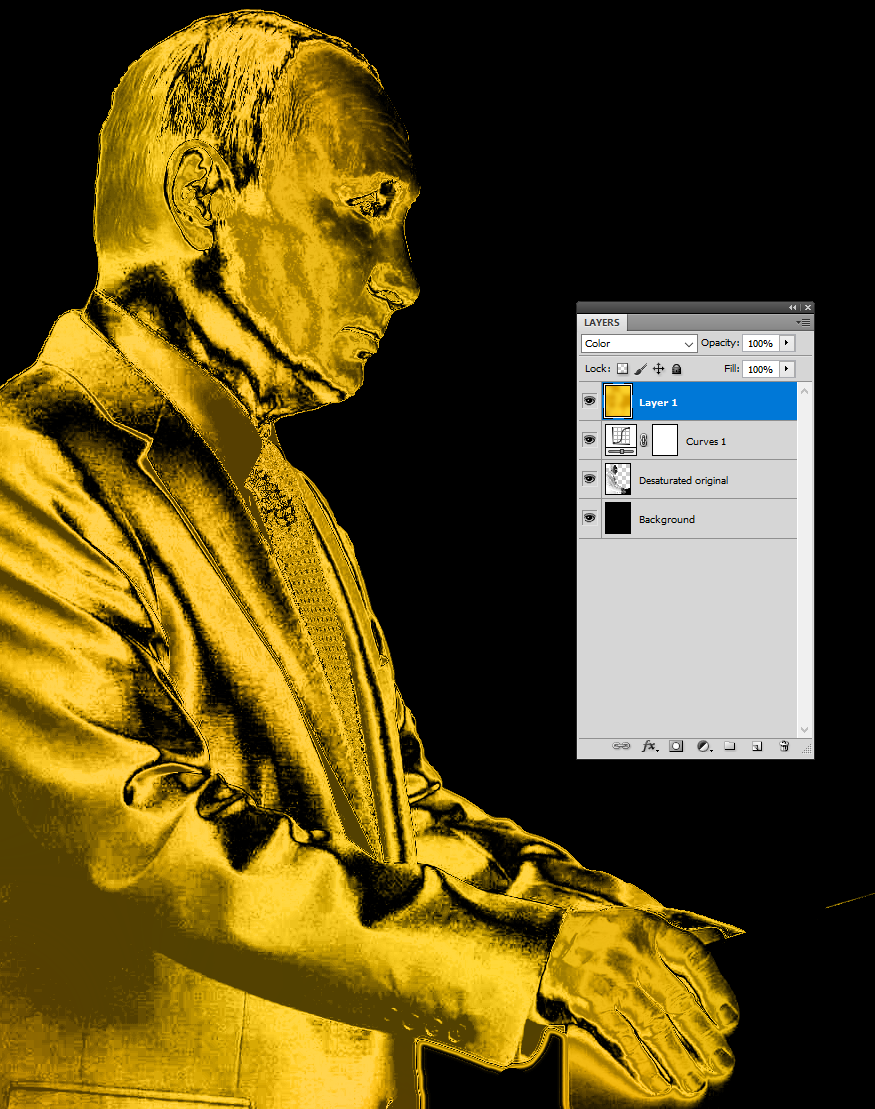 You can still adjust the curves for different result. If a single hue color is OK you can remove the color layer and insert adjustment layer Hue/Saturation in colorize mode on the top. Set "the next image layer only" -switch ON to keep the background out of the effect.

As you see it's not realistic glossy metal. It's only a fake, but a widely used one. Realistic glossy metal is a mirror which reflects the environment. Making it with software needs a 3D model in a program which can do photorealistic (=raytrace) rendering, contains a library of realistic materials and a programmable light environment for glosses and shadows which show both the form of the object and the color of the metal.

For simple enough geometric forms Photoshop's layer style Bevel&Emboss can create very plausible glosses and shadows because they should follow the edges. It's used here Metallic effect on picture

You can find it in numerous Photoshop gold and chrome making receipes. Essentially there metallic looking beveling gradients contain the same inversion idea as applied to the photo in the beginning of this answer.

Applying Bevel&Emboss to the photo is useless, it's far too complex.

There are two concepts here.

If you only wanted to have a golden material you do not have to tweak that much an image. Allow me to spam you a tutorial for making a metallic look on a photo. Things to consider when creating realistic highlights and dark reflections on metallic surfaces

But in this case, the look is not a realistic gold material. You can see that it has a strong solarization.

So use a gradient map to change the values of the image.

The image has masking on some specific zones with different gradient maps and different effects.

Not the answer you're looking for? Browse other questions tagged texture effects color-conversion or ask your own question.