How to remove background from this specific image with gimp

Can someone help me with this image. I just need to remove background and have the outline of myself, so that I can transfer it onto another image.

I have tried many times in gimp using the magic wand and its just not working at all and I am starting to get frustrated.

I just need to basically remove the background and leave the outline, so i can transfer the image of the male onto background.

If you could help me with this, it would be appreciated.

Here is a link to image

This is just a very quick basic tutorial for one possible semi-automatic method. Note that the image you have has a complex background, so you may need to make more manual edits afterwards, but here's the basic process. It's better to use images with plain backgrounds if possible if you want to avoid problems like that.

Use the Foreground Select tool 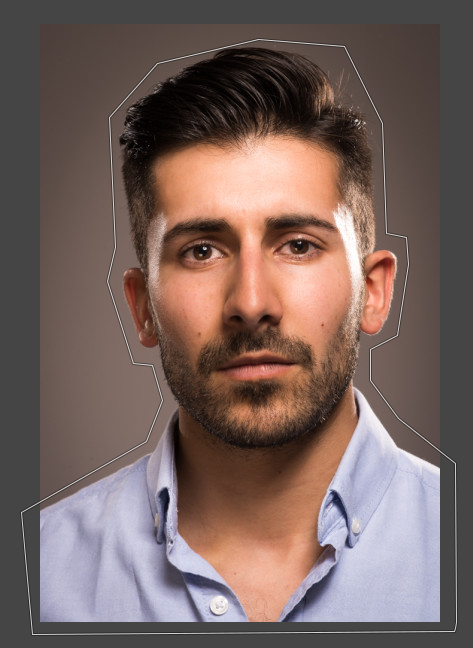 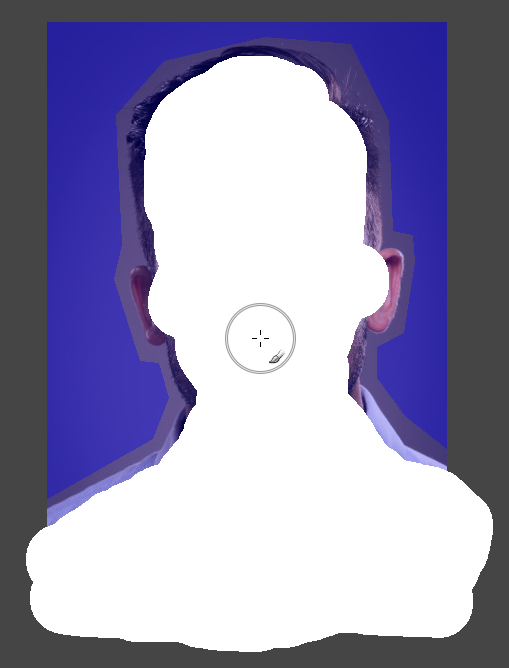 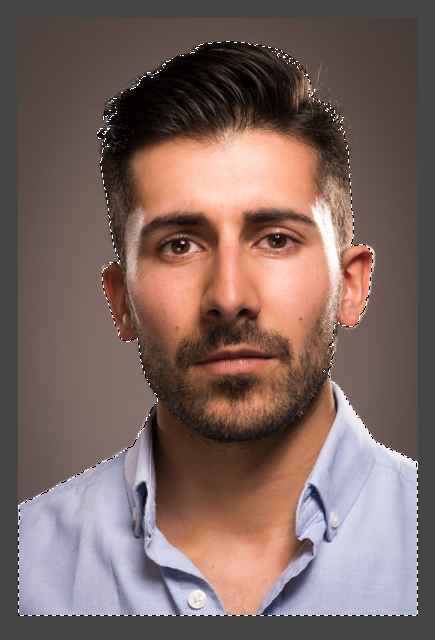 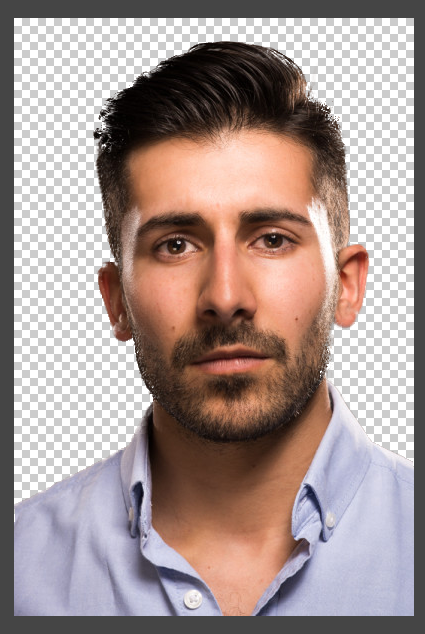 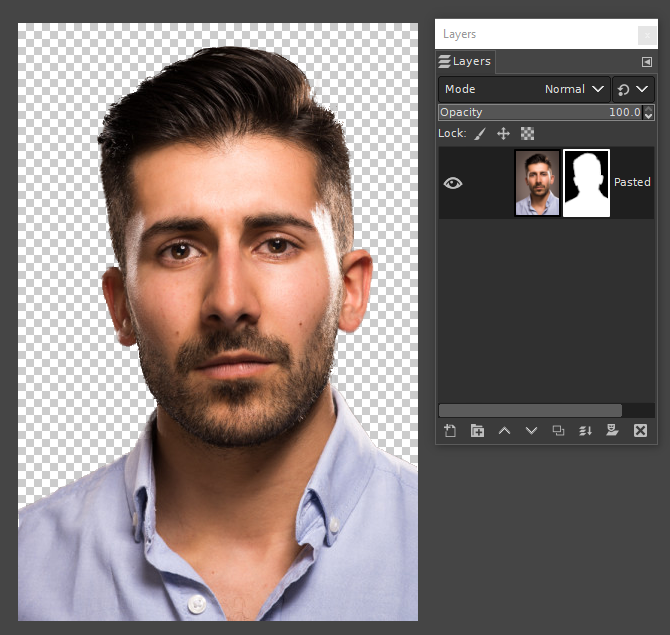 I guess you selected intentionally a photo where the magic wand and other on color and contrast based selection methods fail. But it doesn't have fuzzy edges such as big bushy hair or beard where the background can partially be seen through. The edge can be seen by humans and also by advanced semiautomatic selection methods. A waterproof 100% manual method for images with edges this simple is to draw a path around the object: 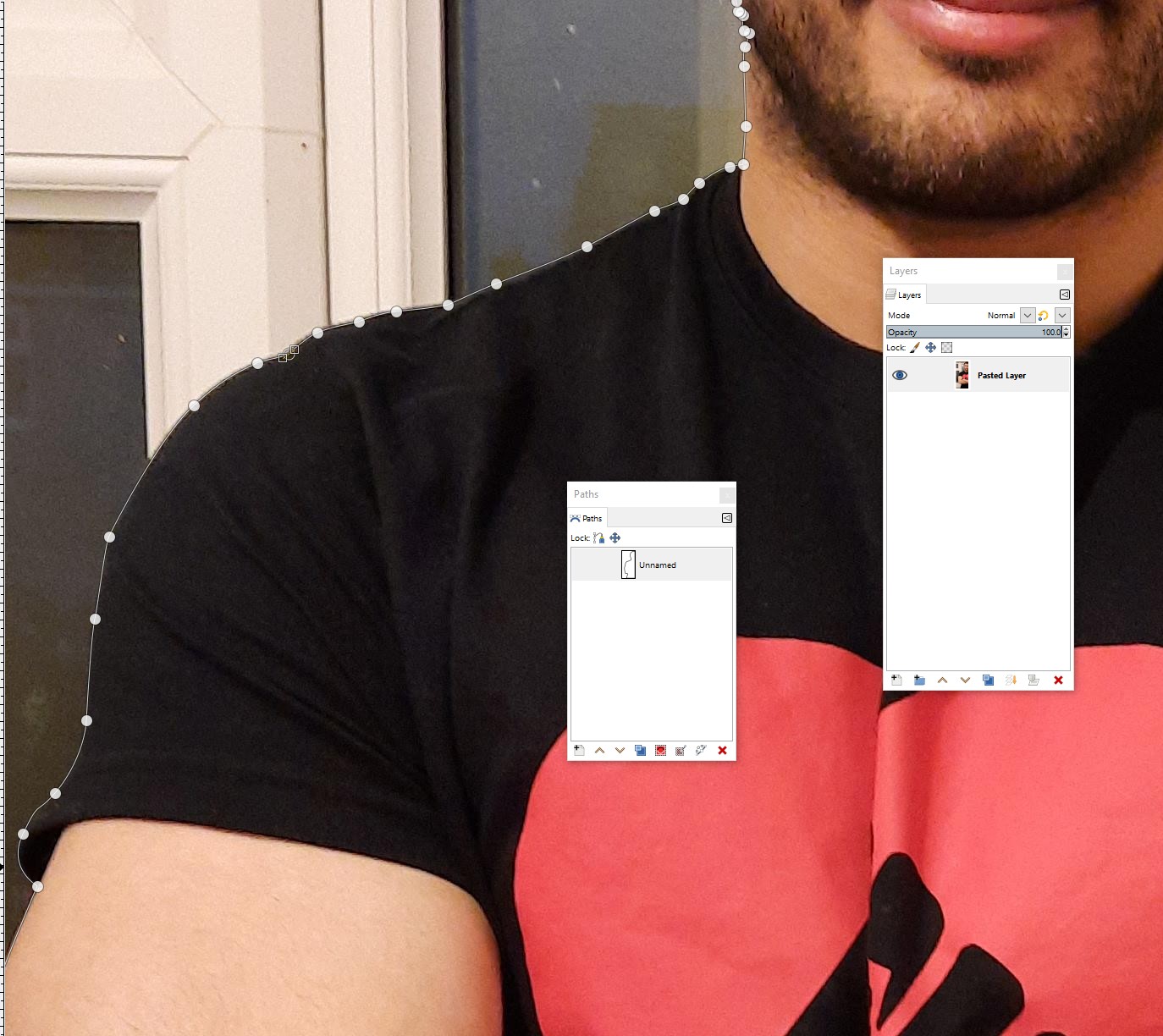 As you see the path has also curved segments. Drawing them fast needs plenty of practicing. Fortunately an error during the drawing can be undone by pressing Ctrl+Z. In addition the path can be edited afterwards.

When the path is ready it should be saved - one can find a way to use it or something can be noticed later. It hangs around if you save the file as XCF.

Convert the path to selection (=add to selection). Copy and paste the object to a new layer. Keep the original image layer until you are sure it's not needed. 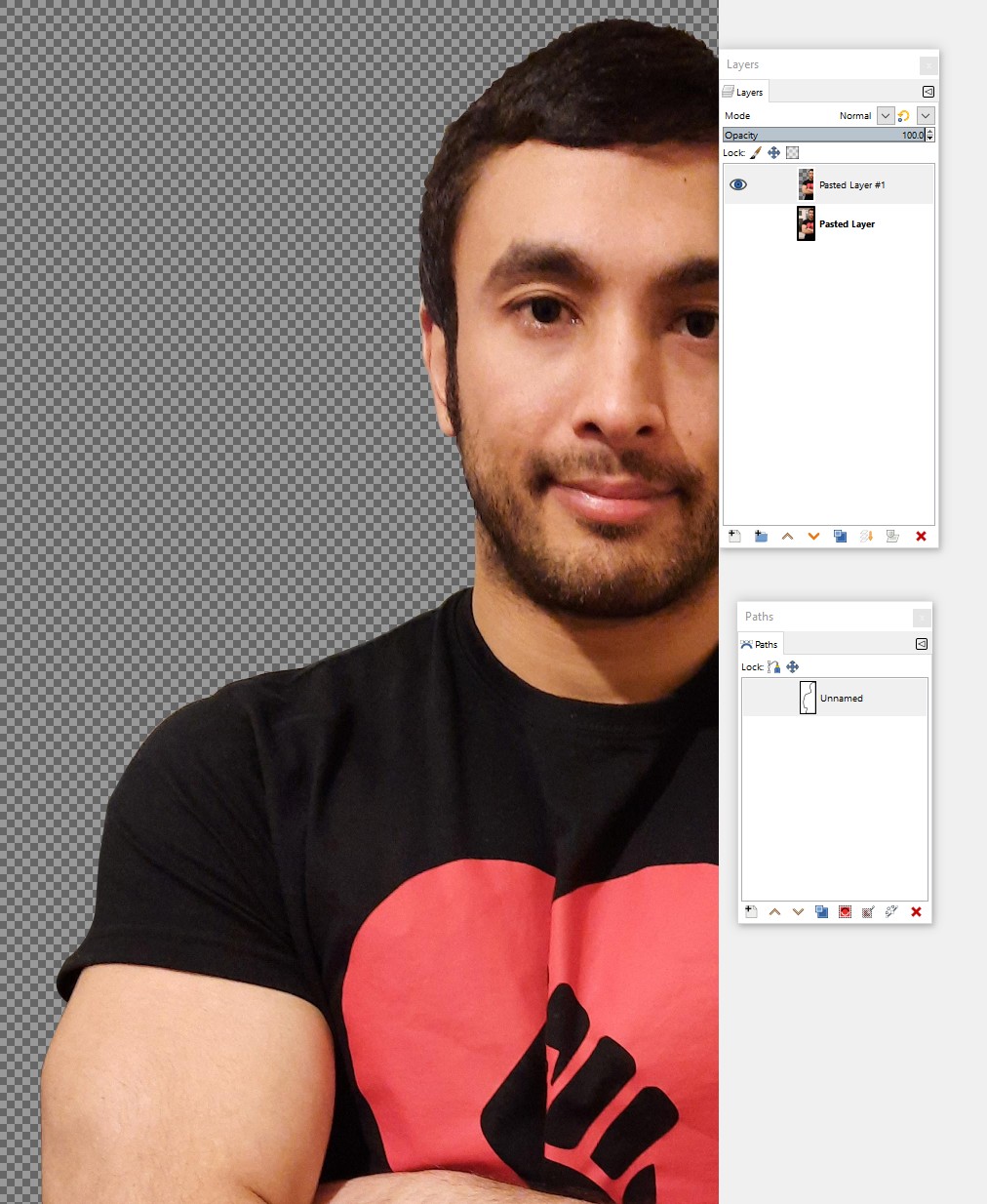 The hair and beard have easy edges, but the path may still need 100 nodes or even more:

In difficult cases (fluffy, furry, bushy) drawing path will not give good results, because nobody has enough time and patience for the job. Those cases need preparations before taking the photo. The lights and background must be specially selected to make on color and contrast based background removal possible. You can find easily tens of examples where one removes the background of hair with easy looking few clicks. But 99,9% of the job was done in the photo shooting session. High cost studio gear (except a good camera) is not a must. Numerous photos for successful background removal have been shot on the beach. But getting it right indoors doesn't happen without perfectly set lights and background.

Furry, fluffy or bushy edge clipped with far too simple path can be often fixed by redrawing it. Making it look plausible needs plenty of practicing. But it's possible. The easiest idea is to extend the hairs with the smudge tool.

Automatic edge tracing would be fine when one draws a path only approximately right. GIMP has it. It's the Scissors. Actually it makes directly the selection. The Scissors can be substantially faster than drawing a path if there's a visible edge that can be followed. If it drives out of the road in a low contrast zone one can undo the last segment and click manually the right route.

Not the answer you're looking for? Browse other questions tagged adobe-photoshop gimp photo-editing background-removal or ask your own question.