How to insert new nodes to lines automatically at intersections

This video shows a way to make what I want:

It starts from a big outline of capital letter T and a bunch of parallel lines: 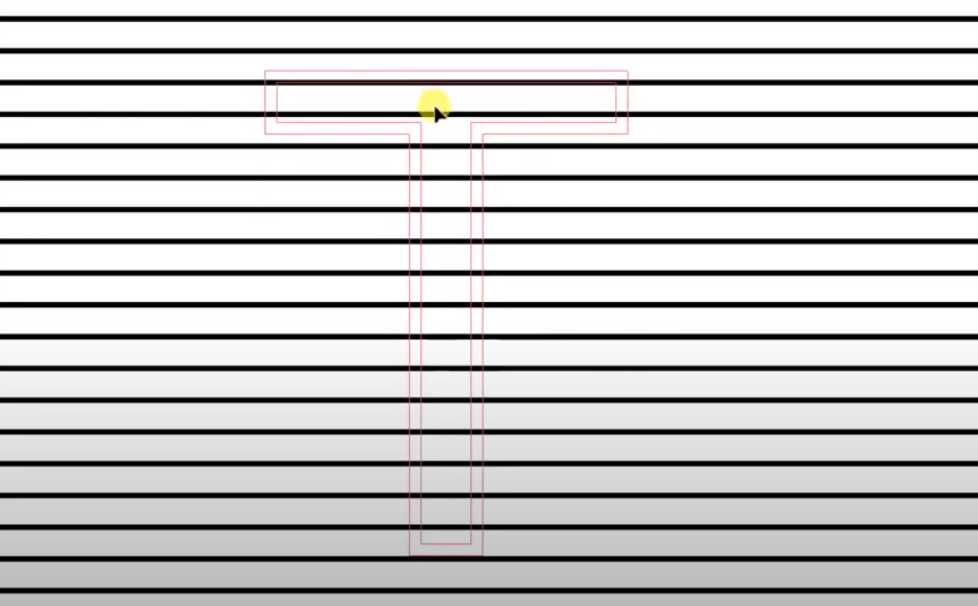 The T is used only as a reference where to insert new nodes to the parallel lines. Every new node is inserted manually with the "Add Anchor Point"-tool. A part of the new nodes are dragged manually upwards and this shape is formed: 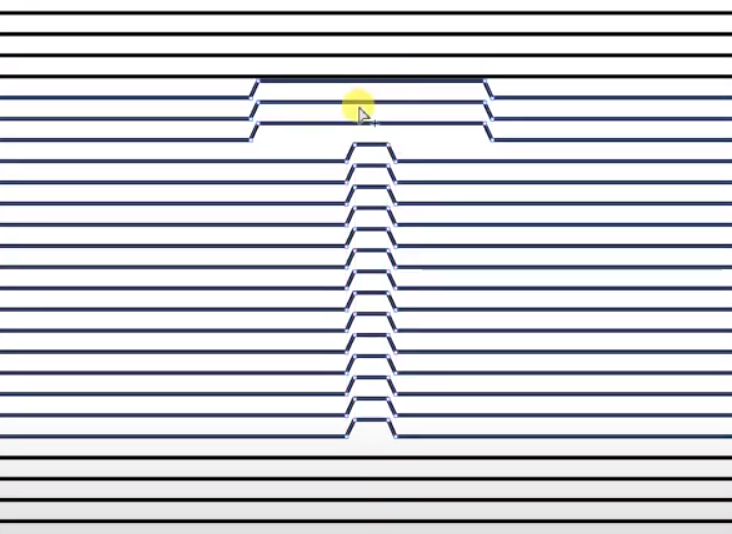 Adding points manually is not a big deal if the wanted result is this simple- only about 60 clicks. But it's a heck of work if the wanted pattern is something more complex than a simple letter.

I want to insert automatically new nodes to the parallel lines to every point where the reference curves (=T) and the lines cross. I need just the insertion of the nodes, not moving them. I move the nodes manually as the artwork needs.

NOTHING should be splitted to pieces, only new nodes should be inserted. Reference curves would be used as a guides when the generated nodes are moved manually. If the reference curves vanish, it's OK because I can paste them back to place or have a locked spare copy. But no splinters are wanted.

I have tried to use Pathfinder operations to divide the parallel lines at the crossings, but it's not useful. Both the parallel lines and the reference curves are splitted to pieces or combined in an 100% useless way. I have not found any practical method to rejoin the pieces. Doing it manually and removing the pieces of the reference curves one by one is at least 200% more difficult than inserting the new nodes manually.

You can use Live Paint groups to add the wanted anchor points.

You need the wanted shape and the offset version as separate paths with a stroke, but no fill. The lines should just be plain lines with a stroke.

If you use a very complex shape, this method will obviously require some manual work when selecting the lines to move.

I certainly understand a desire to have things like this more automated.. but then again, if everything can be done with a few menu choices and button clicks.. where's the craftsmanship? Some procedures merely require dedicated focus, that's what makes artists as opposed to merely mouse operators.

I suppose one could use Object > Path > Add Anchor Points repeatedly and then merely remove the unnecessary anchors afterwards ...

It's a tad faster and requires much less precision. Fairly straightforward for a single glyph. I can imagine this method may get unwieldy with a full word or phrase. And I'd probably split things to single glyphs then join the horizontals afterwards.

Not the answer you're looking for? Browse other questions tagged adobe-illustrator vector shapes line-art distort or ask your own question.

12
Pressure-sensitive freehand drawing of vector paths that are editable with the Illustrator Width tool?
0
Tips for how to make tangled lines?
3
How do I create new objects from existing nodes in Inkscape?
0
Rescale EPS According to Text Size
0
How to send tiled pages to virtual printer in DIN A0 Format with default margins?
0
Illustrator: how to insert image into shape
1
Illustrator: wave background with custom defined strokes
3
What exactly is an Illustrator Artboard
0
Adding anchor points offset from intersections automatically in Illustrator