Does this fall under 2D Animation or 3D Animation?

I have been searching hard for past few weeks and not been able to find even single video on youtube, etc. which can show how to create a video like this. I am not sure if this is done in Adobe Animate Character Animate or if thats done in 3D software like Max or Blender.

What I have seen the the characters in usual 2D animation don't have that much detail, but these videos look like the real character. And not even one character the whole video look like the 2D version of some 3D video.

Can anyone please help me on this to find which software was used to create this?

You can see in this image the cars look like 3d.

Impossible to be definitive. Contact the creator for a definitive answer.

To me, it looks like 2D drawings which are then animated. The animation itself consists of simple position tweening. It's not altering the objects themselves. It's merely repositioning the objects. Sure the cars look like pseudo-3D but that's just their appearance. They appear to be drawn in 2D software utilizing some perspective to give a sense of depth, that's all.

No different than drawing a box in a 2D app and making it look like it has depth.... 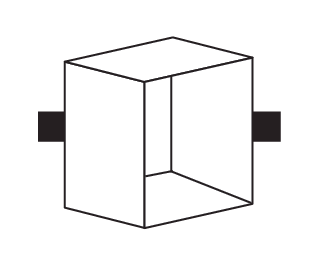 If it were 3D animation then the scale and perspective of objects would be changing as they are animated. That's not happening in the video.

As for what was used to create this... well all I can do is guess. I'd say they are 2D vector drawings (Inkscape, Illustrator, Xara, CorelDraw) then moved to some animation software (Animate, After Effects, Premier, Final Cut, iMovie).

What you use to create either the vector drawing or animation is up to you. Simply using the same tools won't ever get you the same results. Typically it's more about the nature of the tools, i.e. vector based v raster based, than what specific tool may have been used.

Can you create something like the cars in Photoshop and then animate them? Sure you can. But it's just easier in a vector app and a dedicated animation app.

Everything shown in your example can be made by moving in a multitrack video editor flat 2D items which are layered. One car is also scaled during its motion, but none of the moving items change it's viewing angle nor perspective. These things would happen nearly automatically - as side products - in 3D because 3D models can be rotated to any possible view with no extra effort. But smoothly rotating views need an astronomical effort in 2D animations.

I'm not claiming it's impossible. See for ex. movie Bambi. The Disney army crafted it 5 years before it was published in 1942. Even its opening scene is a light year ahead what we can see made today. A common compromise is to let 1...2 center characters to rotate to different views and everything else is kept flat.

In a comment you asked "Which 3d software should be able to produce that type of video?"

The answer: None. Video is made by a person or an organized group. Software is only a tool. Try at first construct a 2D video to see what the job takes. Blender surely has everything you need to create a video in 3D scene, but learning enough of Blender functions takes time, even years. You may put together a rotating cube or bottle in a day by following tutorials, but an interesting video is totally different. A parable: Purchasing the finest available woodworking tools do not make me a respected furniture carpenter - not even if I could imagine nice looking furnitures in details. But that imagination capability would be a perfect starting point.

Creating the 2D images of the cars shown in your example needs a skilled draughtsman. Right forms and glosses do not come out without a heavy practicing to draw. A beginner cannot expect to draw from scratch anything as good only after a few days, it takes an year to develop any confidence and it needs talent, too. Putting enough details into a 3D model is at least as challenging, but then one gets all possible views with zero extra effort.

I see creating a video as a higher level task than creating the shapes in the video. A person making videos may purchase the needed complex shapes and do his creative work by making them to move in a good order. Separating the levels - that's how complex tasks are generally managed in human life.

If I had those already well drawn 2D car images of your example, putting together as plausible video wouldn't be a big deal in any multitrack video editor. I could well draw the rest of the items by myself and move the cars in layers with keyframe animation (including the rotating wheels). You will believe it after you put some simple shapes to move in a video editor.

If one day some obscure reason forced me to make a resembling video I would try at first download some free well drawn cars. Or some free 3D models and render from them the wanted views of the cars for a simple 2D animation.

You may have seen in television how Chip Foose or Dave Kindig draw realistic cars (as well existing ones as their own models). Or this video https://www.youtube.com/watch?v=-T6Z4dZUMtE.

I guess very few of us can make the same, but I think it's perfectly useless to imagine that software makes it for you if you cannot put anything at least a little resembling onto paper with a pen. It's not only the technical ability to draw, but also the ability to imagine every detail with its relations to other details.

Start from something simple and move to tougher tasks gradually. If you have got what's needed for the job, something worth of showing appears after few thousand drawings.

Not the answer you're looking for? Browse other questions tagged 3d animation adobe-animate or ask your own question.

1
Recommended frame-by-frame animation software by using body parts?
2
converting a video of someone exercising into its animation equivalent
0
Create ripple effect gif
0
Can I combine photoshop animation of a UI layout with a 3D perspective?
1
Terrible results with exporting animated gif's in Adobe Animate
1
What software to use for very basic rigged animations like this one?
5
Rendering 3D model with animation as pixel art
1
How do I create a video with animation loops?