How to draw a leaf using Inkscape

I am trying to draw the following leaf1 using inkscape: 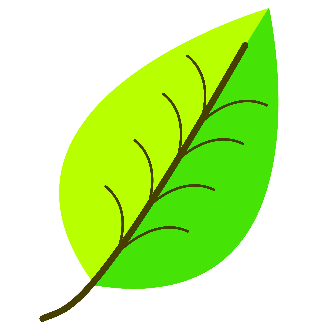 More precisely I would like to get the outer shape of the leaf. I have tried to get it using the intersection of two circles: 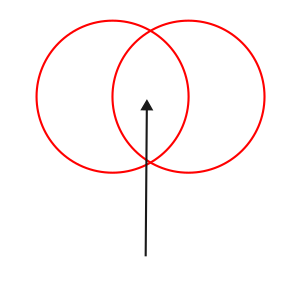 But the shape is clearly different from the first image.

Could you please explain how can I proceed to reproduce that leaf?

1Image taken from this webpage

Intersection of 2 circles is ok. It's done in the middle of the next image:

In the right there's used the node tool. The top node is dragged upwards and it's handles are turned for sharper angle.

Intersection converts circles to a Bezier curve (=path). Modifying its nodes, node handles, removing nodes and inserting more of them is just the basic skill in Inkscape and other vector drawing programs. It's as important as drawing your own curves with the Bezier curve tool (=also known as "the pen"). Do not skip practicing those skills.

With the pen you can draw a curve which divides your leaf. In the next image only a 2 click straight line is added (red) It could as well be a curved path:

In the middle the leaf is divided with the line by applying Path > Division. In the right the halves are colored differently.

I guess that soon after practicing a while with the pen you see that it gives to you a good freedom to draw solid looking shapes directly. You'll start to draw shapes that your job needs and use circles only, when circular forms or the geometric facts of circles really are needed. For example one draws the next 2 part leaf with the pen straight in the fly in a minute including possibly a fast fix of a border curvature with the node tool and coloring: 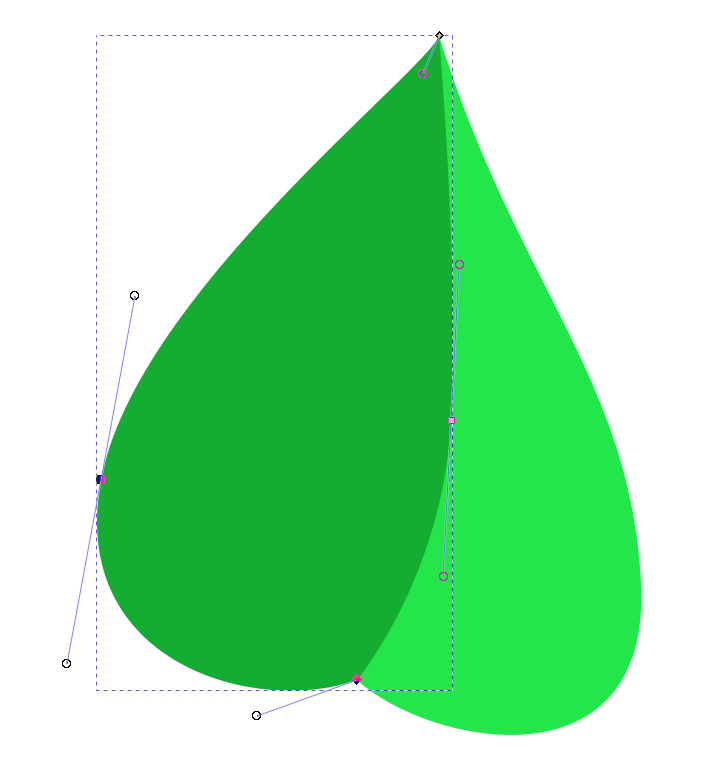 Here are a couple of techniques

If you need two separate halves, you could use a rectangle to do the Intersection instead, then duplicate and reflect the piece, and move into position using snapping.

Not the answer you're looking for? Browse other questions tagged inkscape drawing or ask your own question.

2
How to overlay intersection with original object in Inkscape?
2
Inkscape 0.91 Freehand shape issues
24
How do I draw a heart shape in inkscape?
2
Inkscape: how to draw good looking wires / cables (creating shaded / patterned paths?)
1
Why does breaking apart an object give an additional shape?
1
Clip set and clip release in Inkscape
6
How can I draw a loopback connector using Inkscape connectors
19
Drawing a hexagon in Inkscape
6
How to match Inkscape color to PowerPoint?
1
Dividing and Deleting part of an image in inkscape