I didn't find any useful resources to study this particular case so I decided to ask here. 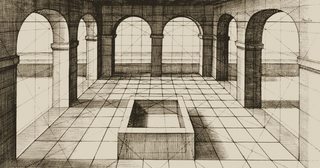 here the perspective lines are easy to draw and understandable, right?

But what about this art by Sparth? 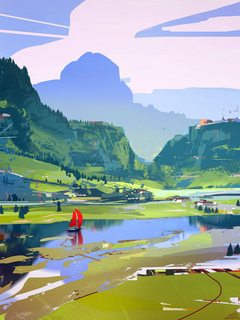 You are sortof missing something. 1, 2 and 3 point perspective are just special cases of the same thing. The perspective grid is an estimation tool, its not the only tool though.*

A grid is obviously useful if you construct stuff that is aligned to the grid, and has a limited set of parallel lines. However, nothing says your perspective drawing cant have multiple grids if it helps. You can also use projective methods where you start from two flat views say top and front and find line intersections this way theres no problem with having more or no central wanishing points. You dont usually do this unless you are drawing from full imagination and you feel you need to verify you dont make mistakes.**

But what many of the explanations fail to mention is that grids just flat ones have been used for ages for copying a complex shape by eye. See its easier to say to yourself okay this line intersects this gridline at 1/3 of from left. It is sort of assumed that you know this, most don't however. When drawing from life you dont usually need a perspective grid because you can use your brush/pen as a estimator. But mostly since you see it you can estimate that.

* the reason you see lots of perspective grid is that its the easy explanation, so its easy to demonstrate. But when you go more advanced expectations also are more advanced so they dont show the signs of construction nearly as much. Hard to explain means fewer are willing to do so.

You seemingly have missed the fundamental thing: How to project points from 3D space to a given imaging plane when the observation point and the imaging plane are given. Camera does that in practice and before inventing lenses and films artists used pinhole cameras (=camera obscura) to the same purpose. It made a perfect perspective image, one must only copy it by drawing it manually. See this Wikipedia article:

In math the projection is known as radial projection to a plane. Mathematicians have proven some practical facts of the projected result. One of them is that the images of parallel lines meet at the vanishing point. Every set of parallel lines have their own VP. The VPs of horizontal line sets are on the horizon. The horizon is at the same elevation as the observer (=eye, pinhole or camera lens)

There are more practical rules to draw proportions right and how to draw cubes and circles, for example. Or how to construct the perspective grid on a horizontal or vertical plane.

Seemingly you know a good bunch of those practical drawing rules, but you are confused now, when the scene doesn't have those simple regular objects. If there are no straight lines there also are no apparent vanishing points. That's so simple. Nothing can be drawn as ellipses if the landscape doesn't contain circles nor ellipses. Again as simple. Non flat ground - no perspective grid etc...

But if one has a proportionally right map of the scene he can make with that data sightline projections on paper and construct the right perspective image without seeing the actual scene. In the past engineers must be able to construct perspective images of their building plans from straight projection drawings. And also to the opposite direction. I have made a few in GDSE to rectify some misconceptions an to help people out f some obstacles. One example: Rotating a square

I am sure that a camera makes it much more easier. Or one can use some visual perspective drawing tool like Albrecht Durer did 300 years before any practical photography. They were practical only for distances max. few meters.

Here's a little amusing video of an attempt to measure some key points for a perspective drawing with one of Albrecht Durer's perspective machines:

In that machine the sight line (= the projecting ray) is replaced by a thin tensioned wire. That has the other end movable to the key points of the target. See this illustration made by A.Durer himself: 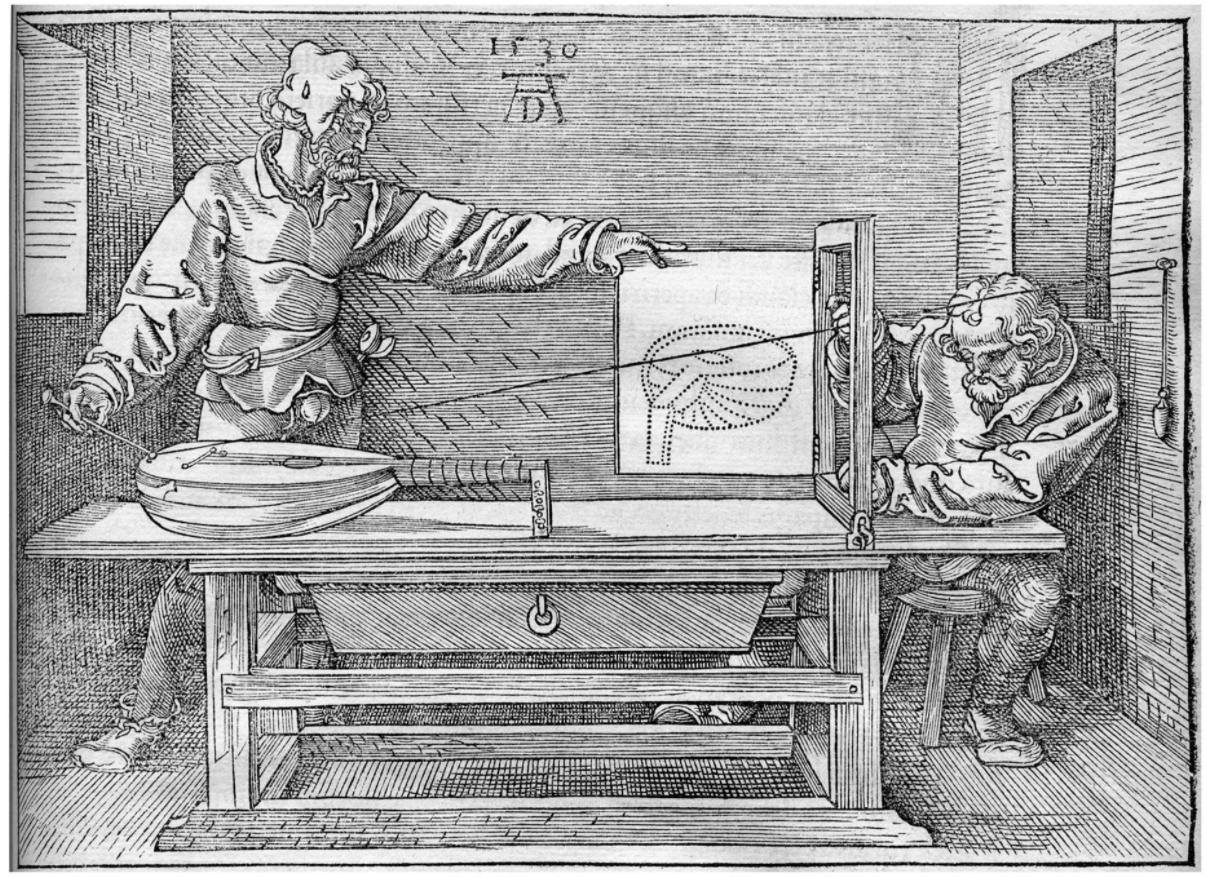 2
Finding the possible vanishing points in a landscape
0
What kind of perspective is used in this image??
2
Rotating a square