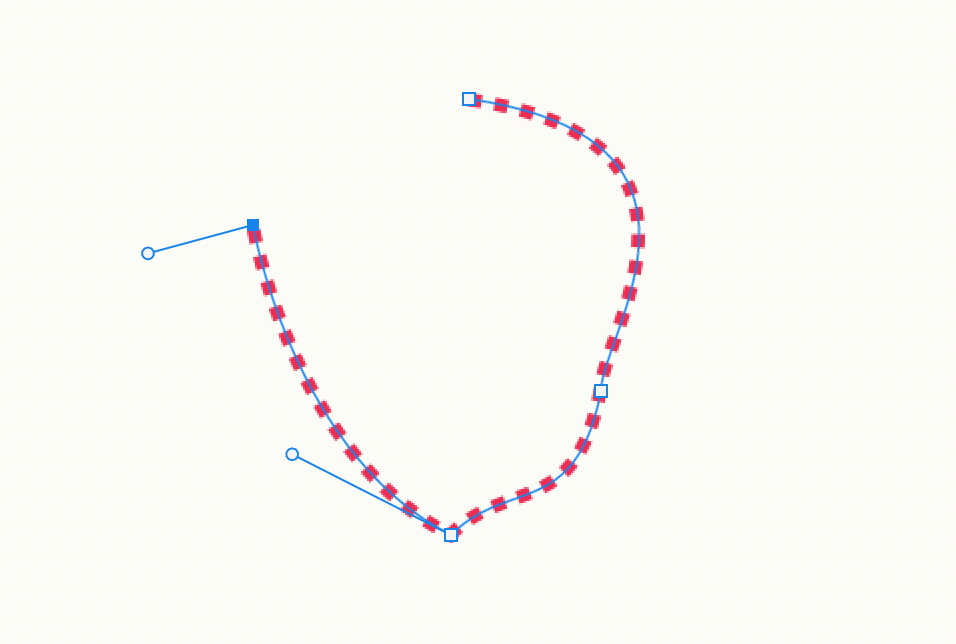 This was tripping me up. I expected the Pen + OPTION shortcut to act like a normal convert point tool, but clearly it's doing something different. Why does it behave differently?

You can't adjust the curve of the section preceding the highlighted anchor because that anchor is a corner point and not a smooth point.

With a corner point each side of the anchor is treated individually. With a smooth point both sides of the anchor are treated symmetrically or in unison.

The handle you see is for the next section of path which will be added when you create another point (continuing the path). It is not a smooth point which would subsequently control both sides of the anchor.

The Pen Tool Alt/Option shortcut has different abilities based upon the existing anchor you are/will click.

Kind of complicated... the short answer is, because it's an end anchor point.

Longer answer... corner points have handles too, you simply don't see them because they are at 0. So they hide. When you Alt/Option-drag an end anchor with the Pen Tool, you are pulling out a handle for the open side of the anchor, creating a non-symmetrical curve.

After pulling the handle, the next point you add (continue with) will have a curve to the path section joining the anchors. Check this out: bezier.method.ac if you are struggling with the pen tool.

Why it's different based on the tool...

The Convert Anchor Tool merely converts between corner and smooth points. It doesn't matter if it's an end anchor or a middle anchor... it just converts the anchor. It's assumed if you are using that actual tool, you want to change the nature of the anchor, not merely it's handles.

If you are learning the pen tool, and have access to Illustrator, I'd strongly suggest you learn the Pen Tool in Illustrator. Everything you learn in Illustrator will immediately transfer to Photoshop. However, you'll also understand that some operations may merely be a "quirk" or limitation in Photoshop's Pen Tool and not "impossible" everywhere.

Not the answer you're looking for? Browse other questions tagged adobe-photoshop path pen-tool anchor-point or ask your own question.