Is there a way to create this style of halftone dot patterns in illustrator manually? Using the color halftone effect breaks it down into simple black and white dots and turns it into a raster image, which I'm trying to avoid. 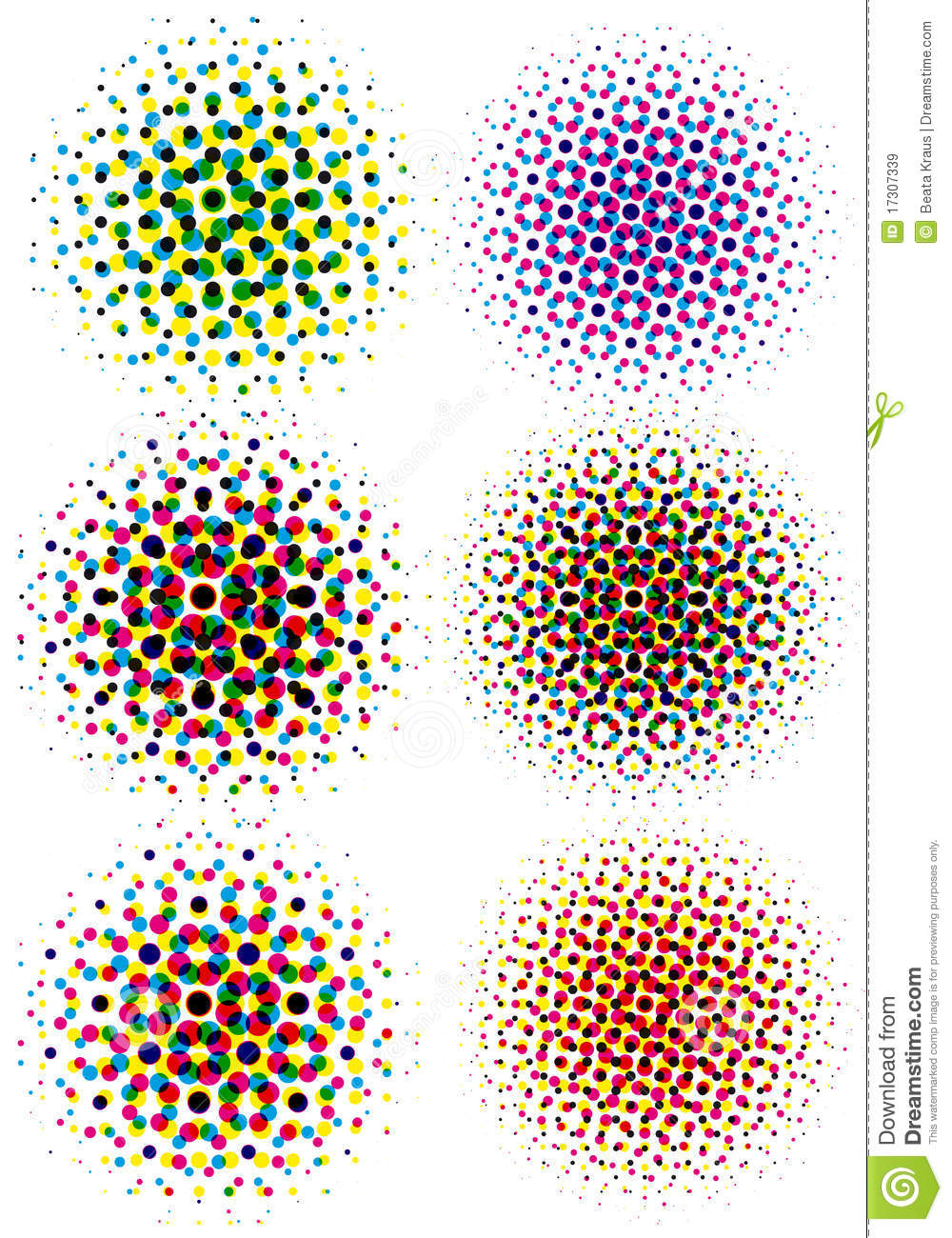 Edit: @user287001- Thank you very much for your informative answer. I noticed in your example that the dots were of varying sizes. Is that a necessity, or is the degree of the angle the most important thing? I ask because what I'm attempting to do is create something like a halftone overlay to build patterns 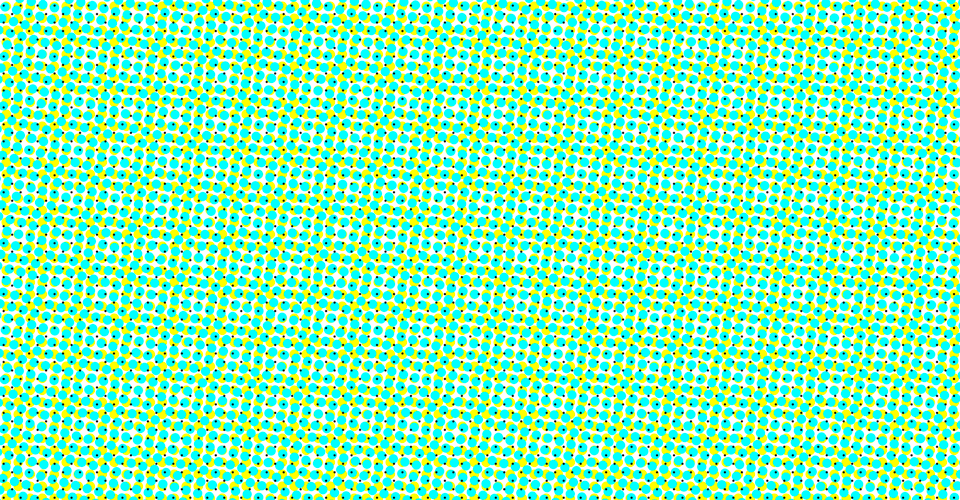 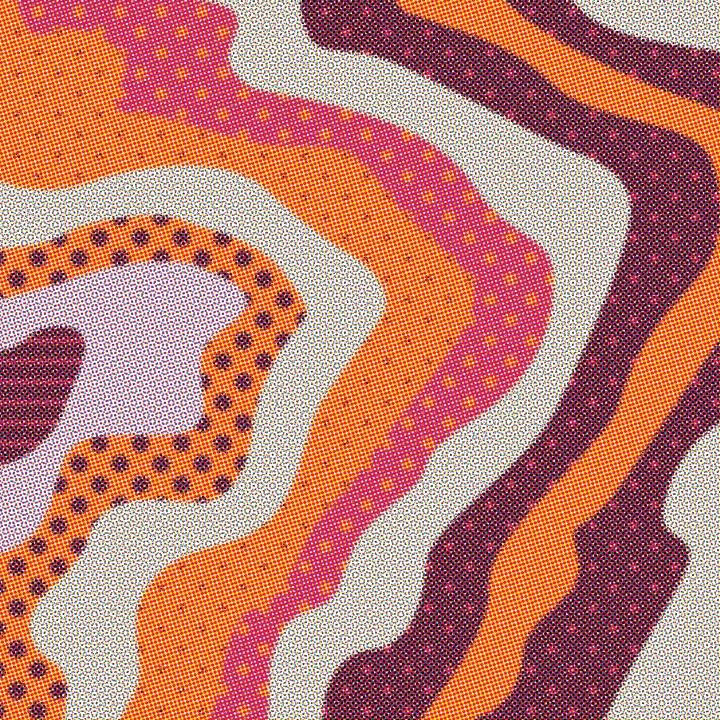 I'm a complete beginner, so I'm not even sure where to begin with a project like this.

You may see there's something like dot rings formed as interference results. CMYK printing tries to avoid them but here they are the wanted result.

The interference happens between equally spaced color dot lines which are tilted to different angles.Every color has its own parallel dot lines but every color has its own line orientation angle. Here the angles are selected so that easy to see repeating patterns are formed. A part of the colors have got blending mode multiply to get also mixed colors where the dots overlap.

The dot sizes in your example obey what's needed to fill a circle with radial gradient. If we forget for a moment the circle we can see those interference patterns in my simpler example: 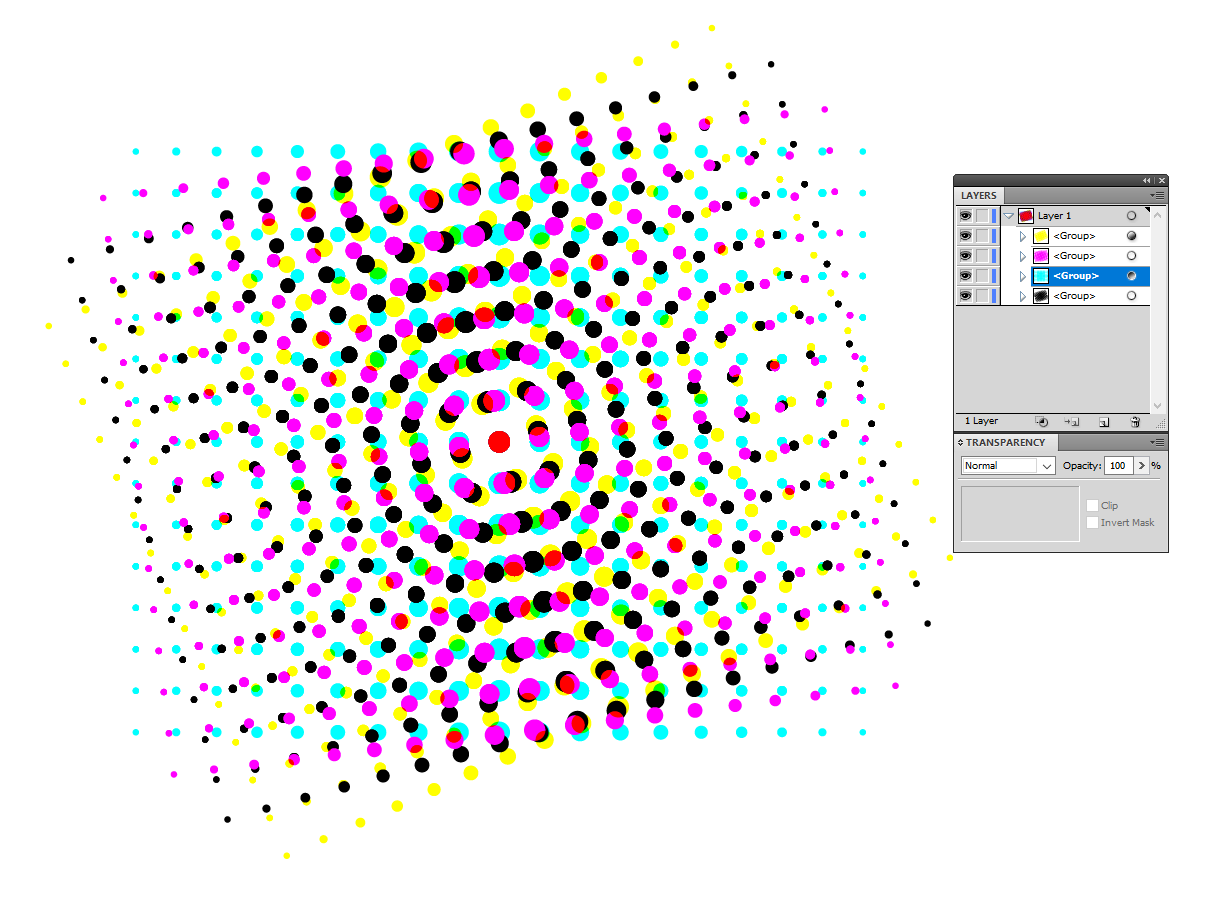 I have 4 groups of lines of dots which are made with blending.

As said, in CMYK printing the angles of the lines are specially selected to avoid too offensive Moire patterns. In CMYK printing another as important criteria for the line orientations is good ink distribution on the paper.

There's no automatic way to produce the wanted half-toned radial gradient as vector in Illustrator if the dots must be regular circles and no extra software is available.

I could make a grayscale radial gradient say from 40%k to 0%k and apply to it the halftoning effect that you already have tried. Expanding and tracing it (ignoring white) would give to me a vector pattern that I could copy and make differently colored copies. Giving to one or more versions blending mode multiply I would get also mixed colors.

Unfortunately tracing those quite small rasterized circles generates ugly irregular shapes, not clean vector circles. To get nice looking circular dots the half-toning of the radial gradient must be done as vector. There's commercial plugin Astute Graphics Phantasm which creates vector half-tonings. I do not have one, so I cannot show it.

Not asked: Inkscape has perfectly well working vector haftoning. It's a quite well hidden auxiliary opition in tiling a dot pattern. It's tab "Trace" in the Edit > Clone > Create Tiled Clones-dialog.

It's used in the next image to create a half-toned version of the underlying radial gradient circle (the tiled pattern was a square, but the excessive circles are deleted manually): 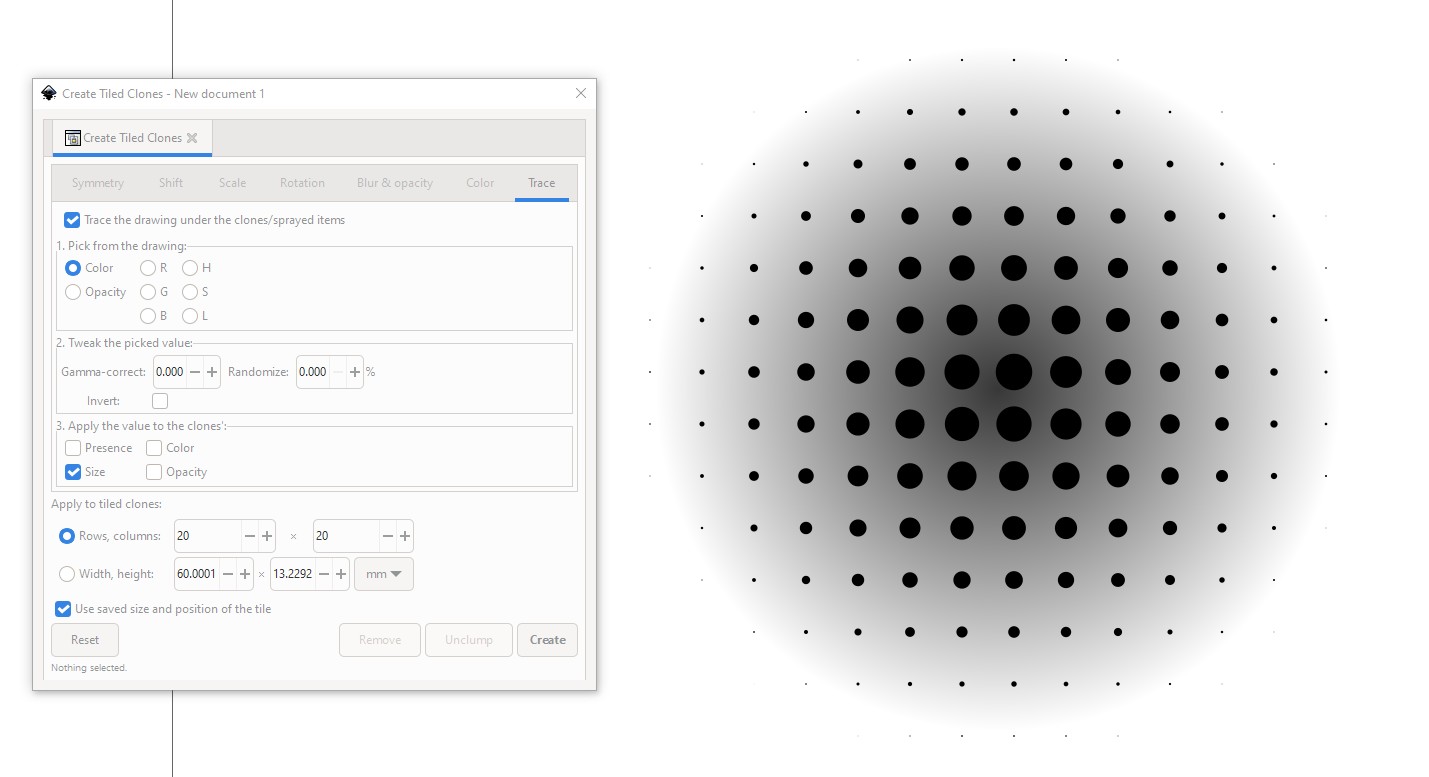 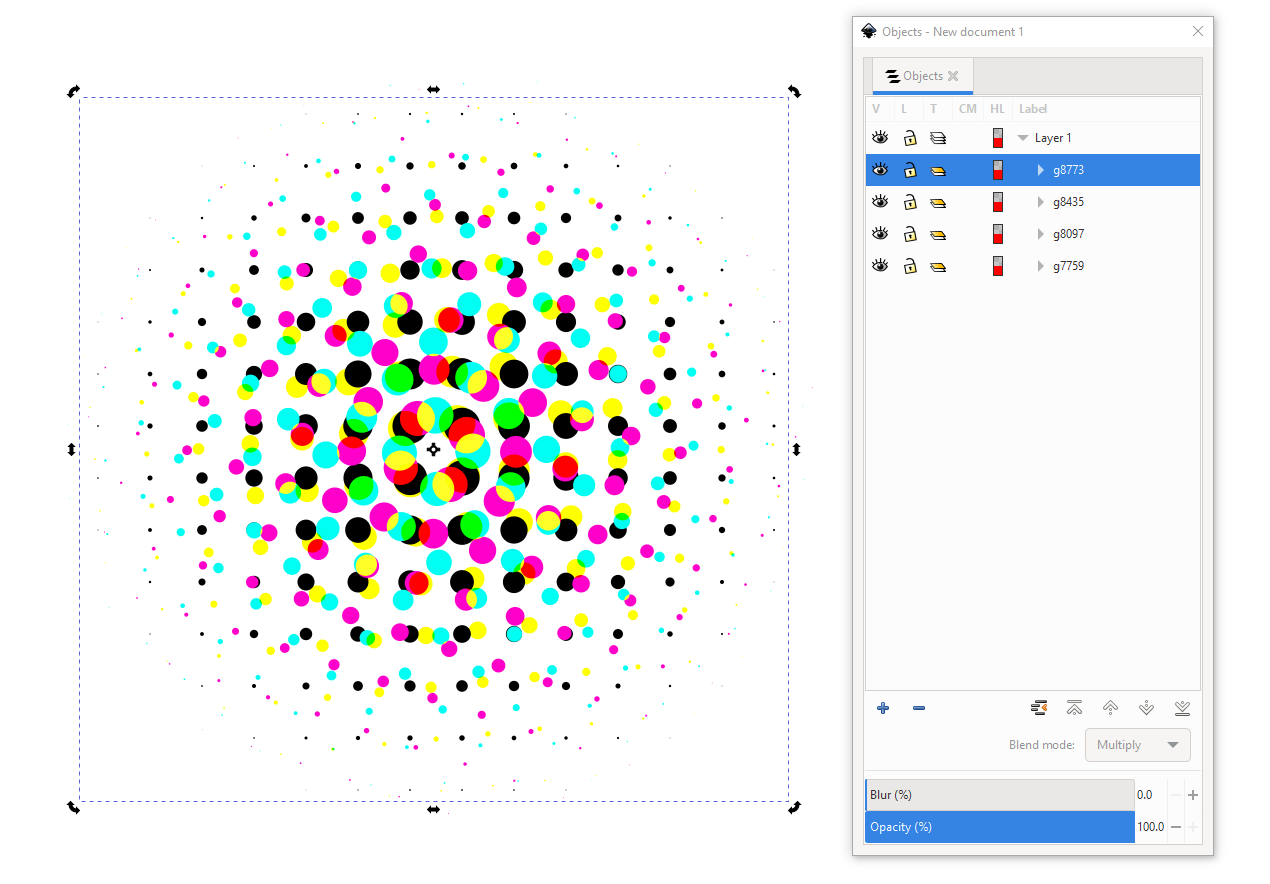