How do I create this line effect in Illustrator? 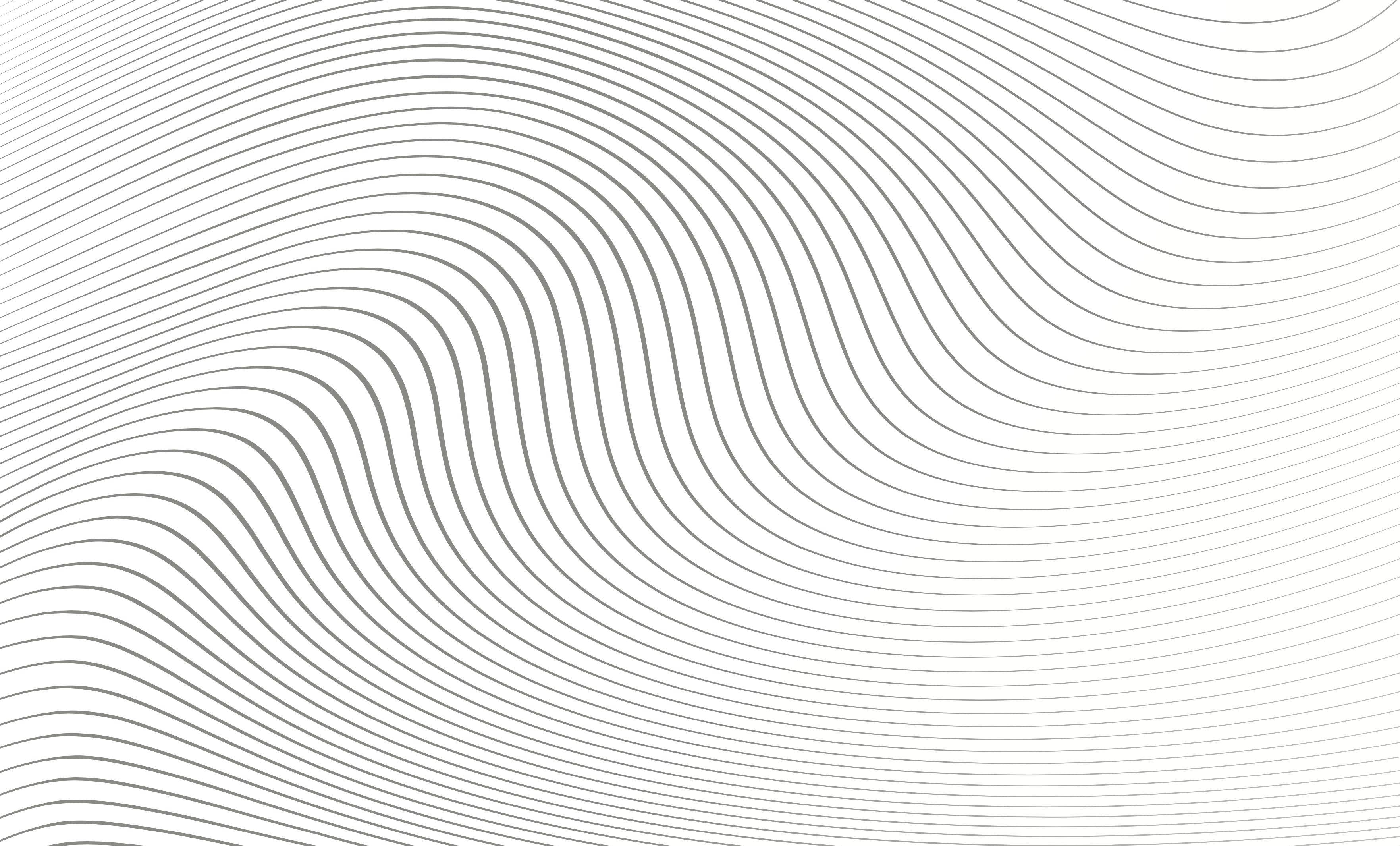 how to get that rippling wave effect.

In the left there's a group of repeatedly copied parallel lines. One gets it easily by making one copy by applying Object > Transform > Move > Copy and then pressing repeatedly Ctrl+D. The lines are grouped to make easy to change the stroke for everyone equally. As well one could use an expanded blend between 2 parallel lines.

In theory the blend could be also unexpanded, but my legacy Illustrator version refuses to make the next steps nicely with an unexpanded blend.

The next step is to adjust the line width profile. It's done in the middle.

In the right there's applied Object > Envelope distort > Make with mesh and the mesh is tweaked with the direct selection tool.

The mesh size is only 2x2. If you are a beginner try at first a 1x1 mesh or at least not bigger than 2x2 to learn how the effect behaves. Every mesh node must be adjusted with care to avoid overlaps. It's very difficult to see beforehand how the effect responds to the tweaking if there's developed some overlaps. If a beginner starts with a big, say 8x8 mesh, the job very likely slips out of control due too many interacting adjustments.

One may want that the widths of the lines reflect the stretching and squeezing of the mesh. That's possible, too. Only apply Object > Path > Outline Stroke to the lines before inserting the envelope distortion. Or try it after inserting the envelope distortion. The effect is non-destructive. You can edit the shape under the mesh by double clicking at first the distorted shape and selecting in the options panel "Edit the object".

My observation is that the result becomes easily too uneven if the strokes are outlined. The same seems to happen also with thin uniformly wide strokes. For some reason the unexpanded "narrow at the ends, widest in the middle" stroke profile like in my example seems to work best. That may be different in new Illustrator versions.

Then add anchors to the base paths and create curves. The blend will follow the curves between the two paths. 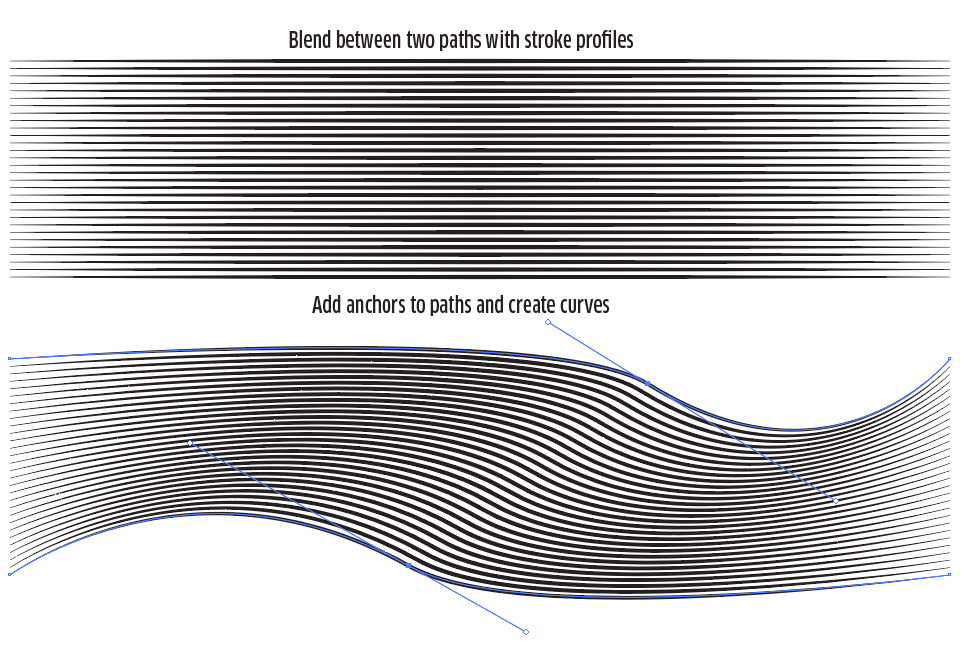 I would guess that the sample image is actually blending between 3 or 4 paths with various curves for each path.