I have placed a SVG logo in my InDesign doc. It is completely white. I selected to edit in Illustrator, as I want to change the white to yellow.

I've tried edit colours and the 'recolour artwork' option is greyed out, or if it lets me do it, it does nothing to the artwork.

I swear this can't be that difficult â€“ it's SVG and I only want to change from white to yellow.

Please can anyone help, I've been trying for hours :(

As already said by others, the logo is a bitmap (=raster) image packed inside a file which can contain as well vector and bitmap images.

After removing the clipping masks in your file in Illustrator a white logo with transparent background appeared. To make it yellow use either Photoshop or GIMP which both allow recoloring bitmap images without losing the transparency. The image is in RGB mode. Know that GIMP doesn't understand CMYK printing, you need Photoshop or other CMYK-capable image editor if a proper CMYK version is needed (see NOTE2).

Another possibility is to use it as Opacity Mask for an yellow rectangle in Illustrator: 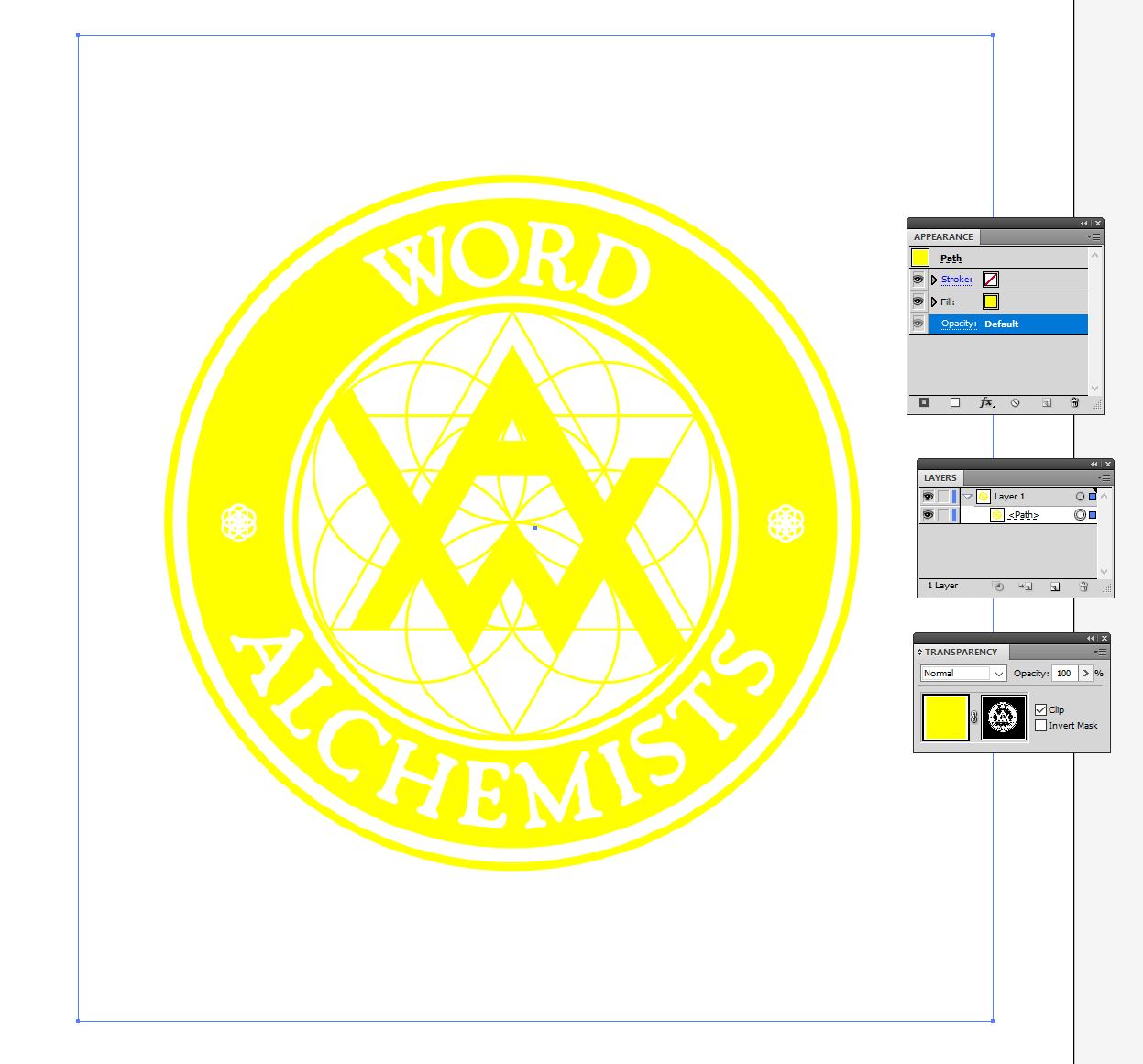 To get a CMYK version proceed in CMYK Illustrator document and use a rectangle with CMYK yellow. Export the result as high resolution CMYK mode *.PSD or TIF (to be placed in Indesign). You do not lose the quality because the image was already rasterized.

NOTE1: A bitmap image is not the best possible format for logos because it loses its sharpness if scaled. Your image fortunately is about 1200 px wide, so one could print it acceptably as 10 cm wide or smaller. If you need a bigger size check if you find a way to get a vector version.

It's possible that you cannot get the original vector version (=paths, maybe also text objects and Illustrator's effects, but no bitmap image content) into your hands. In that case you may wonder how to turn the existing logo bitmap to a vector. Saving the AI file doesn't make it - the logo stays as bitmap, no matter which file format you try.

In theory you can trace the logo in Illustrator. It converts the bitmap to vector, but the result probably will be poor. You will see rounded corners and other unwanted twists which need so many manual fixes that as well you redraw the whole image as vector.

NOTE2: RGB colors could be converted to CMYK even in the print PDF, but the result may only resemble the original distantly, if there's bright unprintable RGB colors. People pay the premium to Adobe because their programs (when used properly) can pretend the printed result as one makes the layout.

Not the answer you're looking for? Browse other questions tagged adobe-illustrator adobe-indesign or ask your own question.

4
Is there a way to expand linked EPS file placed inside another EPS file in Illustrator?
0
In Indesign when printing doc with transparent logo. The tranparent area is effecting the background colour
1
How to Change Colors of a Company Logo without Using Pen Tool?
1
How to create an image where the colour can be changed using fill in Microsoft Word
3
Convert varying opacities of a CMYK colour into a spot colour
1
How do I change ONE colour of a placed image in Illustrator?
0
Change color frame selected image Indesign CC 2019