Conversely on the opposite end of the spectrum, of "Non pictorial" representation, ie. the objects depicted do not resemble anything that exist in physical reality, the following sub territories are defined: Diagrammatic, Connotative and Symbolic. As shown in the picture below.

Within the sub territory labelled as "Diagrammatic" While representing the signified ("An eye"), The syntax of the form used appears to depart from what could be described as "existing in reality", but still relates to some extent to a literal representation of an "eye", albeit using a reductive and abstracted syntax. Within the context of the pictorial representations of the eye, the connection can be made.

Within the sub territory labelled as "Connotative" it is not clear what is being said or represented. Being non pictorial the representation should not match anything that exists in reality and With the term "connotative", it would imply the signified (in this case the eye, or parts of it) should not be directly referenced. But from what I am interpreting from the imagery shown above the "connotative" label, it does seem to represent objects found in reality, and it does seem to literally reference the eye. In the first example The imagery appears to be a zoomed in iris and pupil with eyelashes albeit somewhat stylized and mediated, and in the second example, concentric lines are drawn that could represent an iris. So in both examples I can see that the signified "the eye" (or parts of the eye) is directly being portrayed and literally being referenced.

Within the sub territory labelled as "Symbolic", The symbol of a letter "e" is represented. It does not exist in reality, but it is a culturally learned symbol that represents a character of the English language. The same can be said about the symbol for a power button. It has no meaning until it was culturally learned to have a meaning. By reading about semiotics, It is my understanding a sign that is "Symbolic" could also be represented by objects that exist in reality. Example an image of a dove could be symbolic for peace. This would not match the definition of "Non pictorial" since a dove does exist in reality.

I have some confusion regarding regarding the non pictorial(using only abstract forms): diagrammatic, connotative and symbolic representations. What is the difference between each ? Using the same signified idea, How would each be distinctly visually represented, in terms of both subject matter and visual syntax.

First off, you are asking about an interpretation of someone else's example. This will be very opinion based as we each will have our own interpretation- and therefore this is a pretty unanswerable question. Seeing as how you have put a lot of energy into this (at least a lot of typing) I will give you my interpretation.

I believe you are getting stuck at the idea that this authors idea of connotative and symbolic are things that are not real and do not exist. Any time you put something on a blank canvas it is something that is real.

Take this shape for example- It is something- a series of black lines , or a stylized triangle, etc. It would be a far thing for this to be seen as an eye. 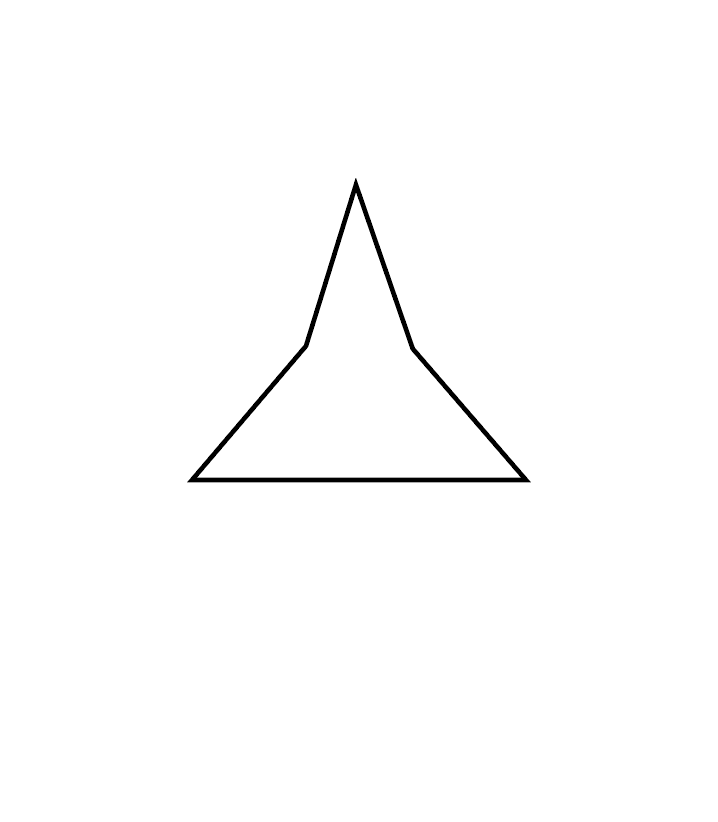 Now put it in this context: 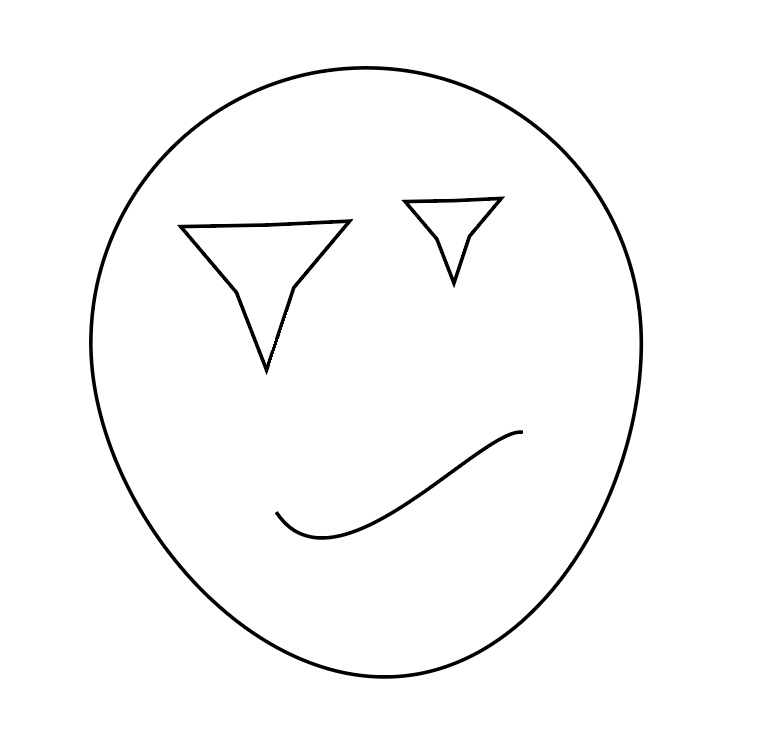 And is recognized as an eye (I know- brilliant artistry)

I believe what he refers to is that these representations do not exist as examples of eyes not that they do not exist at all. We are seeing these examples in his chart in context of eye representations and therefore thinking of eyes. If you showed me any of his connotative or symbolic objects by themselves it would take me a long while to see them as eyes. (Note I do not see a close up of an iris there at all).

My summation is that pictoral representations of eyes are recognizable as eyes in and of themselves whereas non-pictoral eye representations will heavily rely on context to be understood as an eye. Pretty much anything can be made to represent an eye and the proper context is necessary for connotative or sympolic objects.

Not the answer you're looking for? Browse other questions tagged images design-principles communication representation theory or ask your own question.

2
Images with Jagged Edges
1
Greying-out images?
2
How much effort should I put in to optimizing (cutting up) images for the web?
3
Better image compression by combining images?
1
Optimizing Images for Printing
0
How do I get realistic distance representation using GIMP?
1
Images for a mobile
2
Edit magazine to remove images
2
What is the technical term for a replacement character if a font does not have a representation