How do I to cut paths flush with an object in Inkscape?

I am new to Inkscape (though I have experience in other vector drawing software), and am facing the following problem. I am tracing a street map for a town using a bitmap from OpenStreetMap. I am using bezier curves for the roads. Different roads have different colors and sizes, shown in the figure by the green and yellow lines. I have also created a frame or bounding box for the map, shown in graphic as a rectangle with a gray fill. 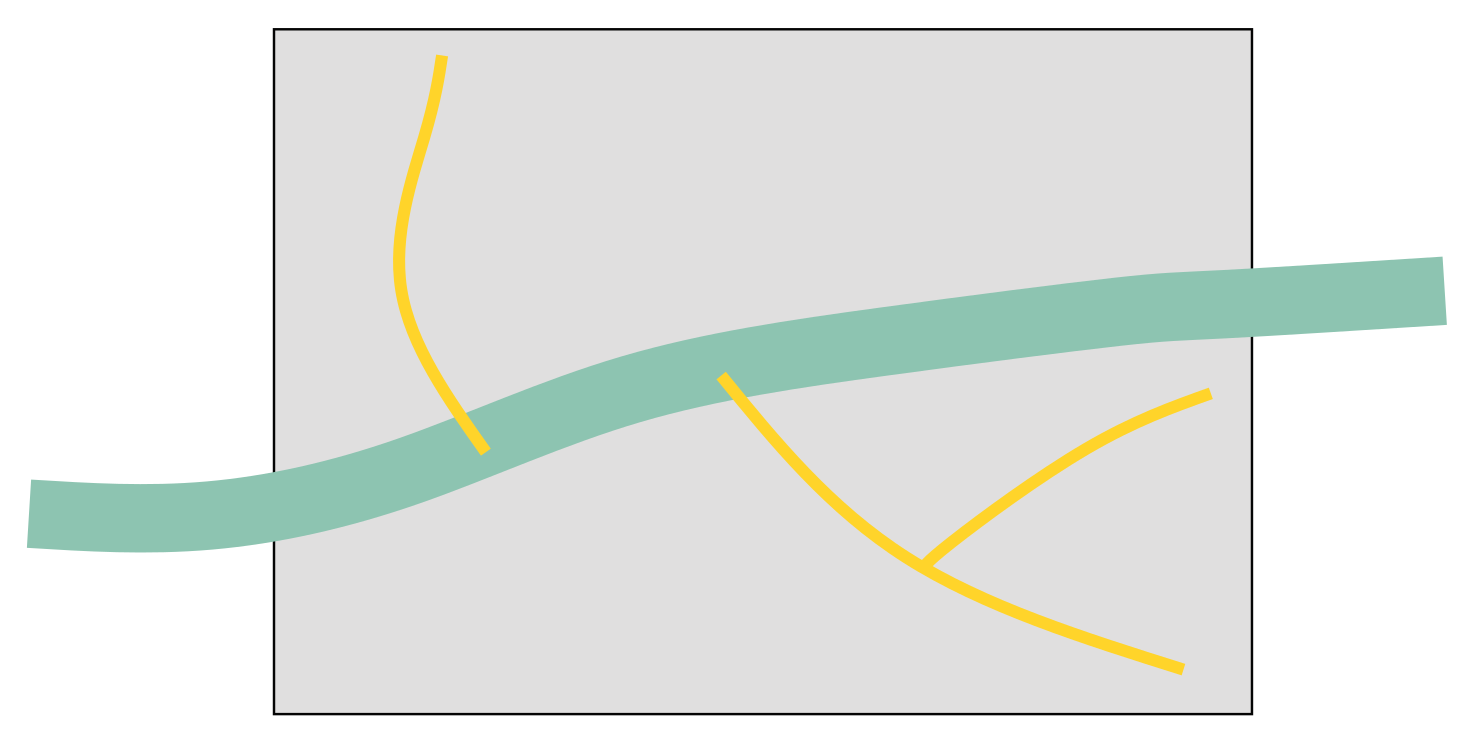 My question is how you would tackle the following two issues in Inkscape.

I have experimented with different combinations of Path functions (Cut, Division, Break Apart) but I haven't found what I'm looking for. I sort of have this idea that it's because one element is a shape, but I'm not having any success when dealing with two paths either. Perhaps I'm just approaching this the wrong way. Do I need to convert objects or strokes to paths, or use masks, or...?

You don't have to do that. Boolean operations work best on closed paths (shapes). Converting strokes to paths is destructive, you can't reverse it, and it would make any further editing nearly impossible.

The good thing about doing it this way is that it's non-destructive, and so all the paths will still be editable. It's useful if you need to change something later.

0
Creating one object from a shape and paths in Inkscape

1
How to cut part of text beneath masked object in Inkscape?
48
Inkscape: Dropped shadows are always cut off. How to prevent this?
1
Exporting an object from Inkscape with bounding box taken from another object
1
Object Mosaic in Inkscape?
0
Snapping guidelines in Inkscape
2
Inkscape: how to draw good looking wires / cables (creating shaded / patterned paths?)
1
Inkscape - breaking object apart
0
Inkscape: How to make rounded corners on a object already clipped?
2
Inkscape causing tool paths to be doubled/duplicated
0
Creating one object from a shape and paths in Inkscape