What do you call these infographic icons?

What do you call these simple, basic types of graphic elements that are used in infographic commercials, and the like? They are vector based, look like pixel art, but have smooth edges, and are icon-like but not icons. The example below is only a pallet of assets used in the short animated film Japan: The Strange Country. Anyone know what one might call these? 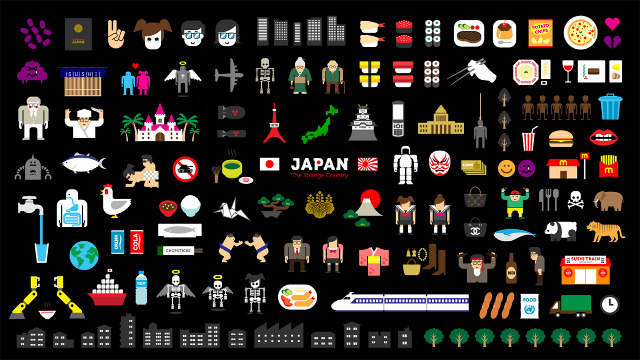 In the field of computing, 'icon' is certainly the most popular term for it. I believe it has been used in this field since the early 1980s when the first mouse-controlled graphical user interfaces emerged (Xerox, Apple)

Outside the digital world, these simplified and standardized graphics have been called pictograms / pictographs since long before this (19th + early 20th century according to Oxford English Dictionary)

The use of pictogram sets goes back to the late 1920s/1930s when Austrian economist/philosopher/teacher Dr. Otto Neurath (1882–1945) developed his Vienna Method of Pictographic Statistics (Wiener Methode der Bildstatistik) together with German modernist artist Gerd Arntz (1900–1988). It later became ISOTYPE, the International System Of Typographic Picture Education. The idea was to provide a standardized method that translates statistical data into self-explaining visual information, which would contribute to the continued education of the people …

The methodology was applied in education, museums, books and magazines. Later, the Summer Olympics of 1936 in Berlin (aka the Nazi games) were the first Olympic Games to feature standardized pictograms for each discipline. This all paved the way for the modern use of simplified and standardized pictograms in public space everywhere... You come across Neurath/Arntz whenever you read a book about information design. There's also lots of info on the Internet nowadays. Here's a website with all the pictograms by Gerd Arntz: http://www.gerdarntz.org

Looks like Emoji to me, or very similar at least 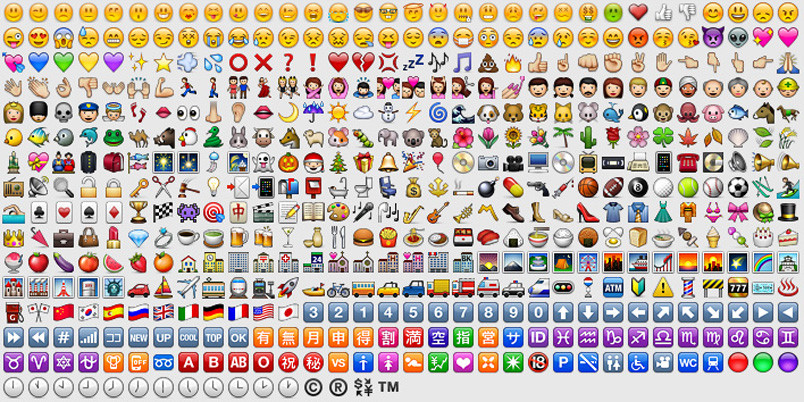 Generically, they are 'icons'.

The style could be described as 'flat line art'.

Not the answer you're looking for? Browse other questions tagged vector icon terminology information-graphics style-identification or ask your own question.

0
Tip of my tongue, a term for how we associate icons and logos with products
6
What kind of illustration and how I can achieve this "effect"?
4
Do we have name for these kind of "flat graphics" images?
3
How can I develop a system to translate ideas into Ideograms?

2
What's the best approach when designing website/app UI icons in Photoshop?
2
Web font that includes both alphanumeric characters and icons
2
What do you call these types of images?
0
Illustrator misshapes edges in exported *.svg
6
How can I avoid icons with double meanings?
0
What are the Best Sizes for Designing an Icon Set Used for Web
2
Is there a specific graphic style or movement that inspired vintage (and some modern) euro-rave artwork?
0
Style name for 2D outline of human 3D mannequin poses (user manuals)?