replace one color with another, including gradients with other colors 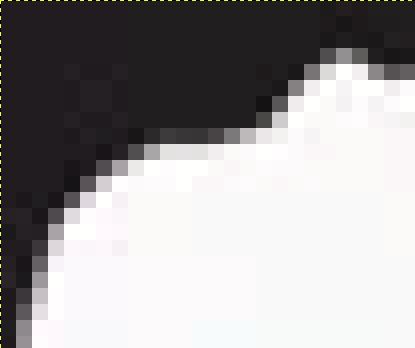 There are a lot of existing related questions, e.g.:

but I haven't found an answer that I've been able to use for this.

Color to alpha -> color behind

We can do Color to alpha on white, and then paint blue in behind mode in order to paint just the transparency, but Color to alpha takes all the white out of the dark grey, too: 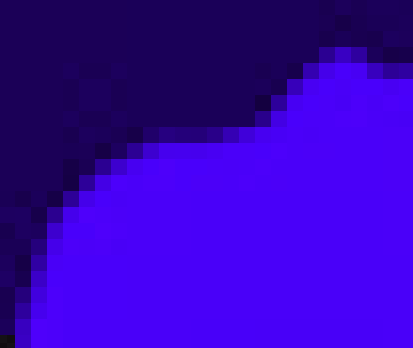 This comes up in some of my searches, but the Color exchange tool seems to strictly replace only the exact color specified in From Color. 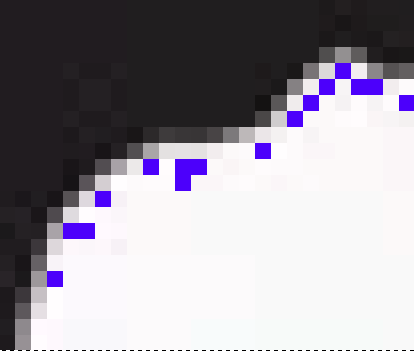 With the dark grey and blue in my foreground/background color, Gradient map doesn't seem to work well either. 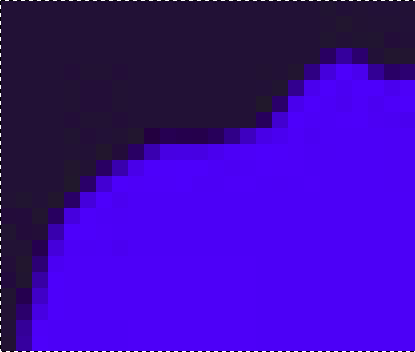 Just to convey the general idea in case it's not clear, I made this by hand tracing around the white and the gradient, doing color to alpha on white, increasing the contrast a bit, and then painting behind with blue. It's much too labor-intensive to do at scale of course, and still looks a tad strange, but this is the general idea. 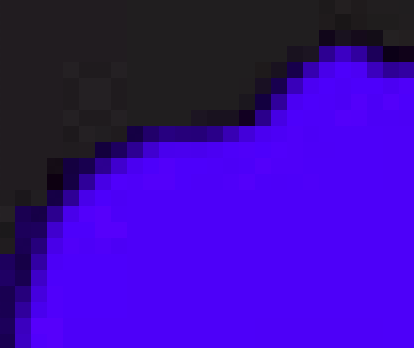 The technique I use is an improvement on the color-to-alpha one:

If the white area really needs only a single color and the gradient area must not look less colorful, get them by adjusting the color curves: 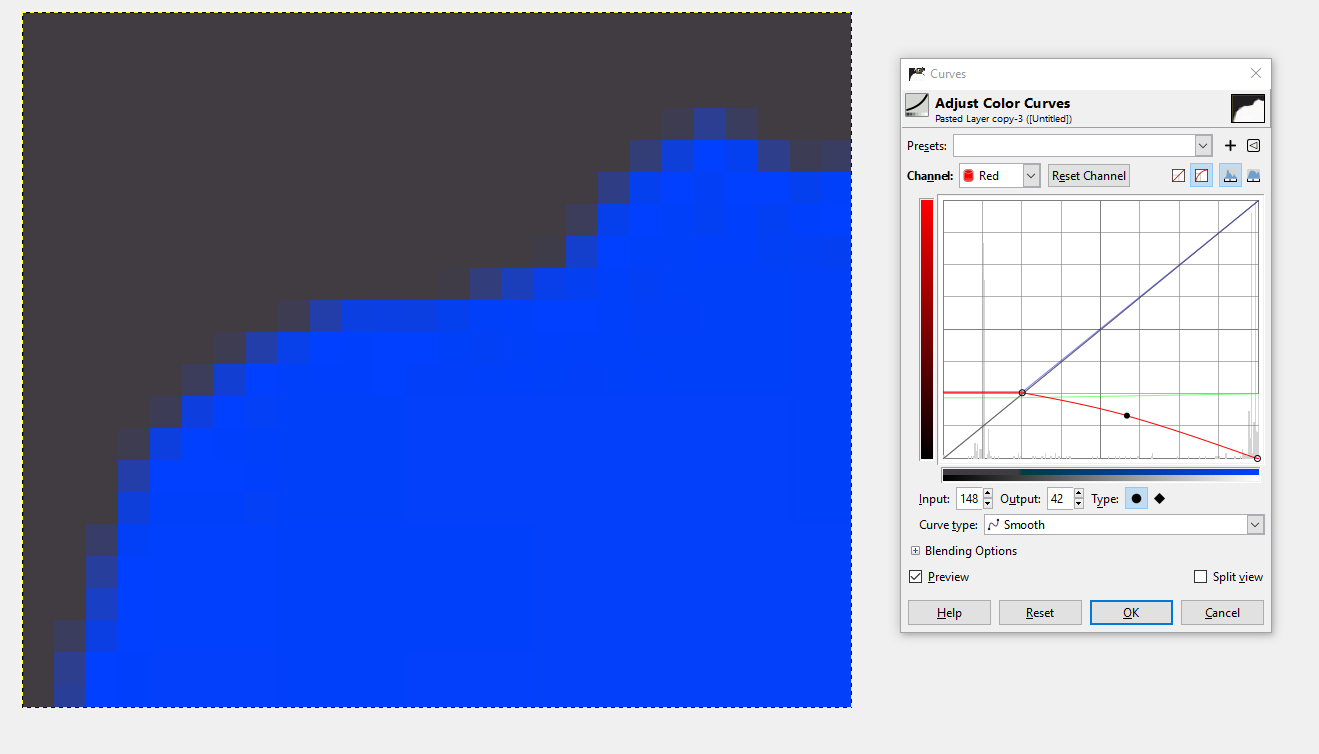 I lifted your dark grey to 64 (=25% of full white brightness) to make the idea well visible.

The red curve is 64 at input range 0...64 and it drops to zero above 64. The steepness was adjusted so that the gradient doesn't contain visually any faint green nor red areas 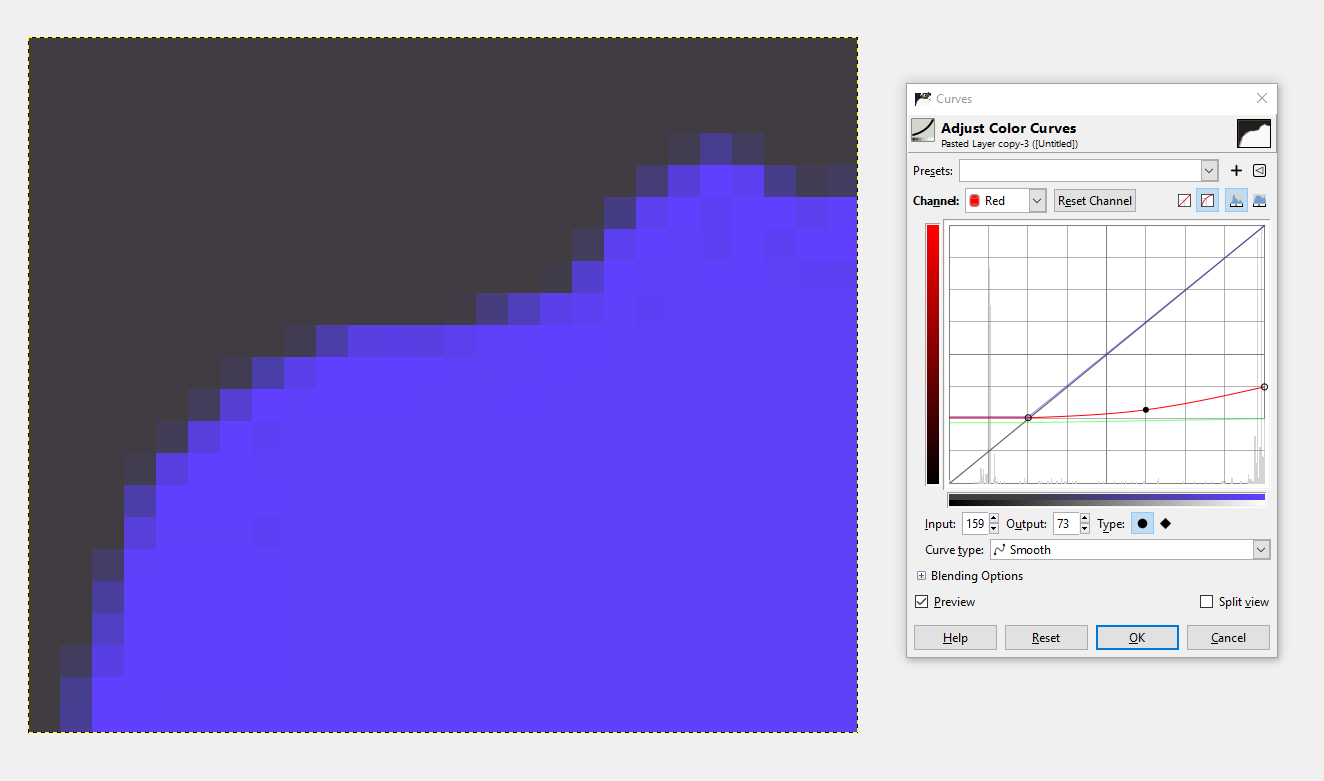 And here's one with darker grey: 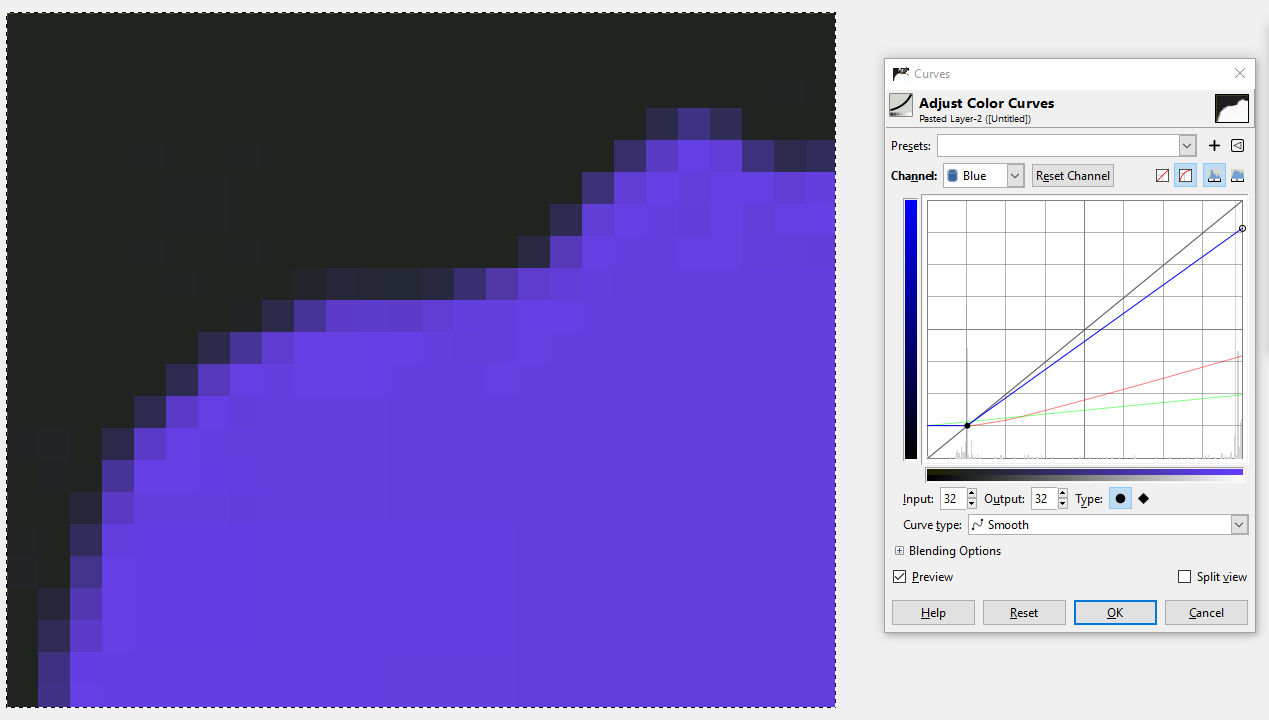 The horizontal zone in curves at 0...32 input range ensures the dark grey is uniform. If you want to keep the possible original dark grey area variations simply let the curves be in 45 degrees angle at the input range 0...32: 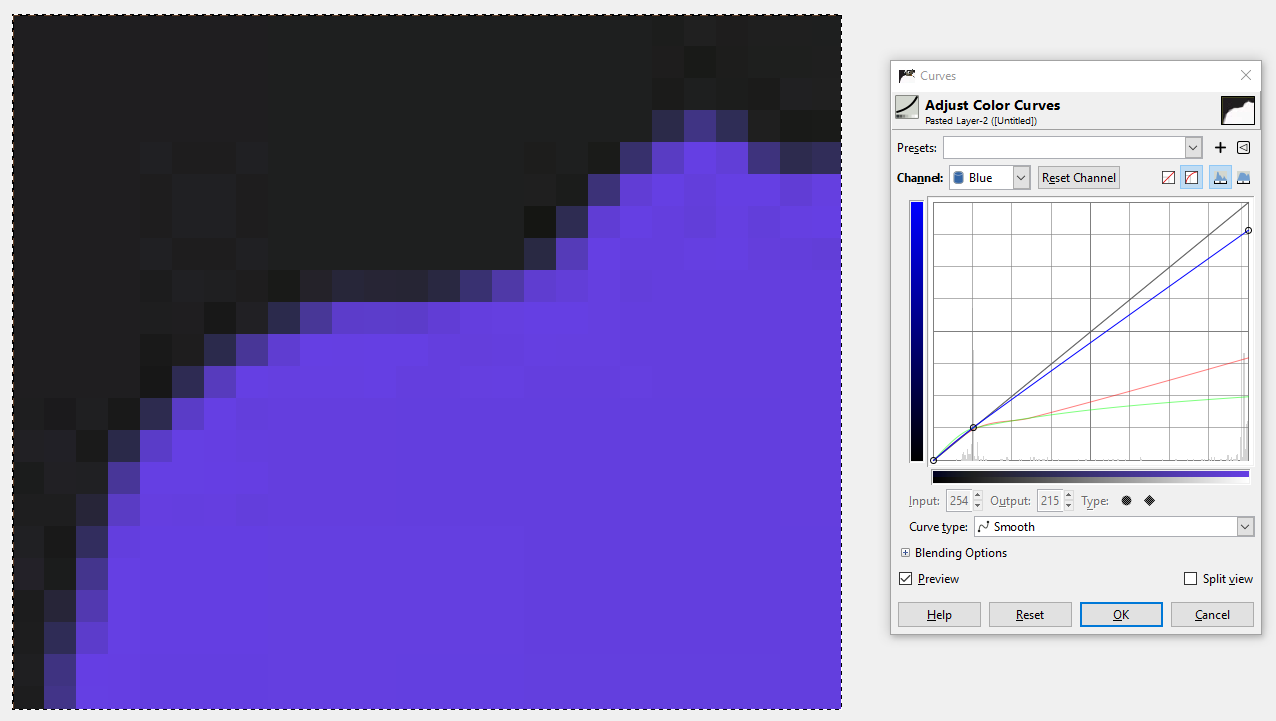 1
"Replace" image (gradient) in image with alpha
8
What is the math behind gradient map in photoshop?
1
How to effectively replace color from a range?
3
Gimp: Change a signature color from black to blue, preserving the tones
0
How to replace a grey scaled image with a varied color?
0
GIMP Change color of black icon with transparent background
0
How do you replace pixel color on all channels including alpha in GIMP?
1
How can I map a grey scale image to a specific color channel gimp?
10
How do I replace the blue color with red in this image?