Spiral shape should tighten towards the end

i want the spiral to tighten towards the end. It should have the shape of the blue triangle. How can I make this happen? However, the spiral itself should still look natural. The spiral should in the end look like the one in the last picture (become extremely tight towards the end)....

Thanks for your advice! 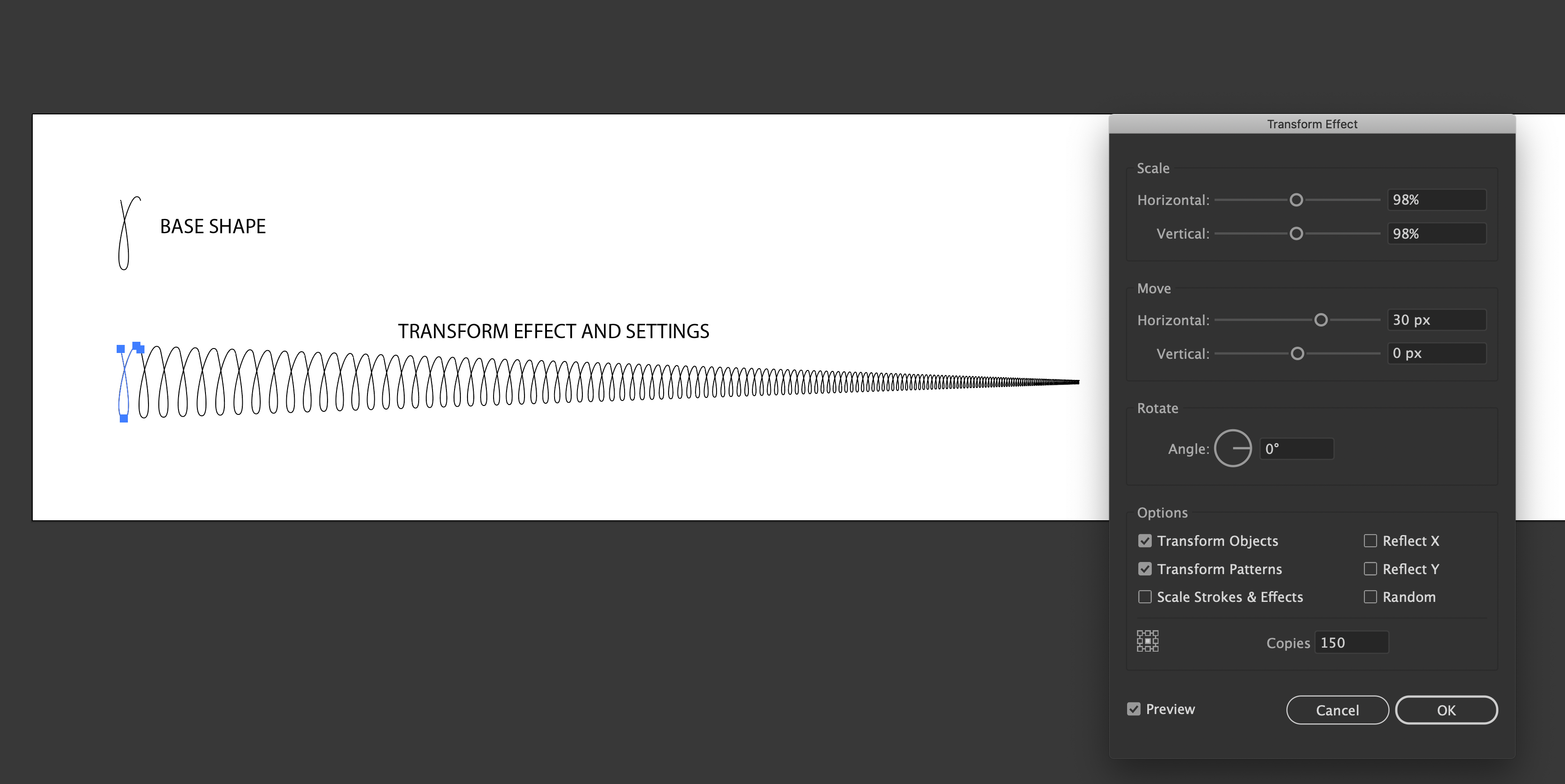 This seems to give the results you were wanting

But I have an easy to make approximation for the turn.

In theory the narrow end cannot be made perfectly sharp with this tiling principle because it would need infinitely turns. One can in practice stop when the tip is visually sharp enough.

Colorizing with a gradient may create more 3D-like illusion. But it's useless for thin strokes like this

0
Is is possible in Fusion 360 or Blender to create a conical spiral with a constant angle of attack?

2
Best way to re-create or draw swirl / spiral shapes
1
Illustrator Make Slice from Object keeps leaving gaps
1
How to modify the shape of a stroke in Illustrator
0
How to remove an overlapping area from the shape below it?
3
How do you blur out one end of an object more than the other end?
2
Dotted spiral with proportionally increasing dots - BUT same distance between borders of dots
4
Spiral with narrowing / tapered line in Illustrator?
1
How to bend a spiral / object only on one side
0
Spiral hand-made - very unclean result