How to design Square Kufic type Logos(Any identity) in Illustrator?

Anyone here to guide me on: What's the easiest yet efficient way of designing a Square Kufic Arabic logos in Illustrator? It can be from English letters as well, not only Arabic, but I am more interested in getting to know, of blinding each word (Arabic/English) in square sequence and stay like that.

Picture attached as for reference. 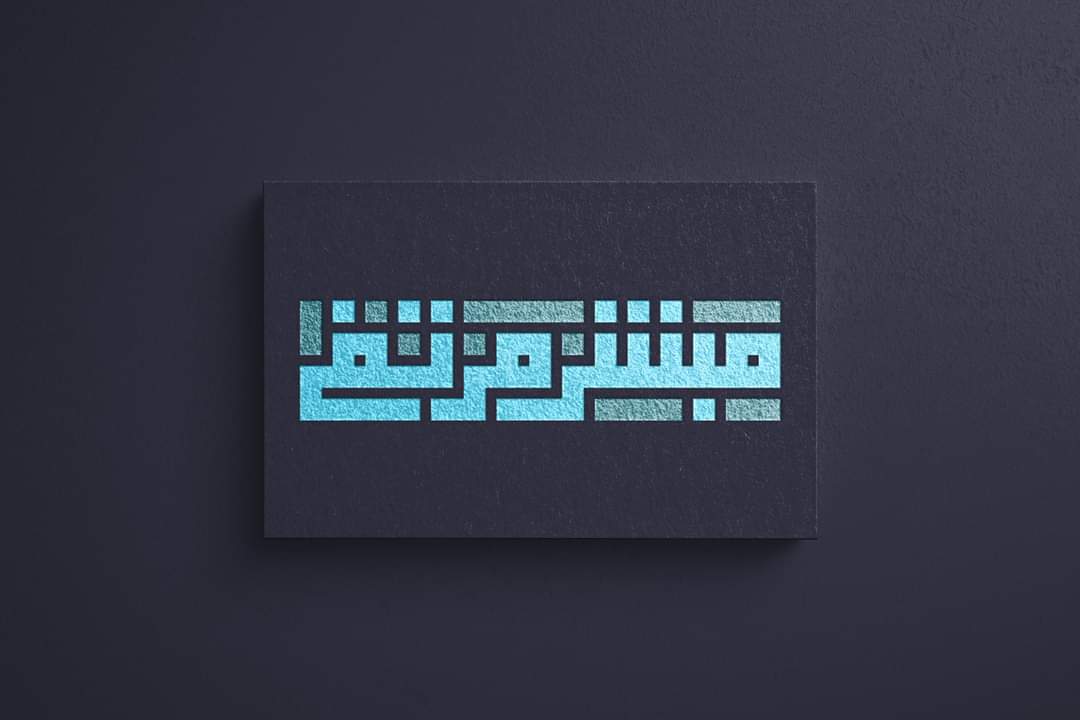 Create a grid of squares with gaps between the squares. Then choose which parts of the grid are filled. Then fill the gaps between filled portions to create forms. 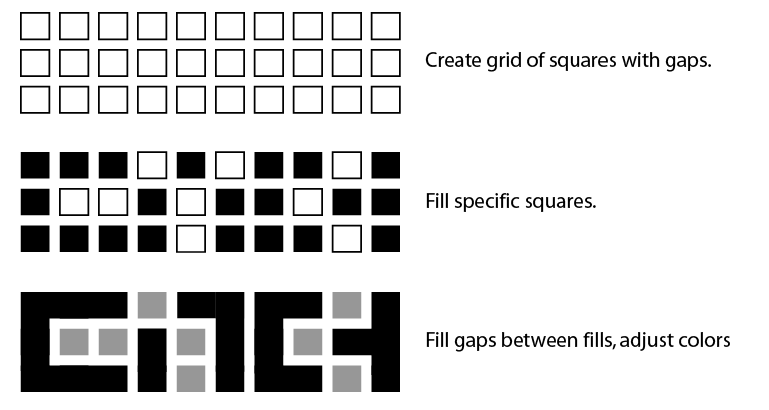 While the method outlined by Scott is good and reasonable. To be honest I'd just set up a grid and draw the outlines snapping to the grid. But all of this said there is an alternate method that all designers should know.

You can do the negative of what you think you ought to be doing. So don't draw the shapes draw the lines between the shapes. This makes it easy to later adjust the ratio between gap and block. * But also this mind trick sometimes helps you to do things you wouldn't know to do otherwise.

Remember, lines can be white and background colored of course.

For similar idea in action see this post, where the grid isn't same but idea is identical.

* though I suppose offset does that too.

Not the answer you're looking for? Browse other questions tagged adobe-illustrator logo calligraphy or ask your own question.

1
How to design 3D logos like this?
125
Why do some logos look dated? How does design age?
1
Should 'banner logos' be used in web design?
0
How to control variable width of line in Illustrator
1
What are logos of these kind called? (Logos with a well defined square or rectangle)
12
Converting very wide logos to square formats