I am seeing birds, stars around my head after watching tons of YouTube videos about Alpha channel and luma channel.

Can anyone make it understandable in plain and simple words?
what is the relationship between these channels with black and white? And also with transparency? :’(

Transparency is given by an alpha channel. It can be a different image. Black transparent, white opaque.

Brightness on the image itself is indicated by a luma channel. Black, the darkest point. White is the brightest.

Not every file format stores the information using the same channels. They can be transformed or extracted later.

In a digital image, one channel is one set of numbers or values with some information.

What do I mean by implied?

I can imply that that pixel has no saturation, because all channels have the same value, and it is somehow bright.

Now we have one pixel whose value is R50 G0 B0. I can say that it is a dark color, but has some good saturation because the difference between the red and the other two is significant.

Now, the answer to your question.

An alpha channel stores information that usually is used to produce transparency (or opacity which is the opposite word). (I say usually because, in some file formats, you can simply store several alpha channels, and then use them later, for different things)

This channel could be a totally different image by itself. In this example, the alpha channel is the image with some waves on it. 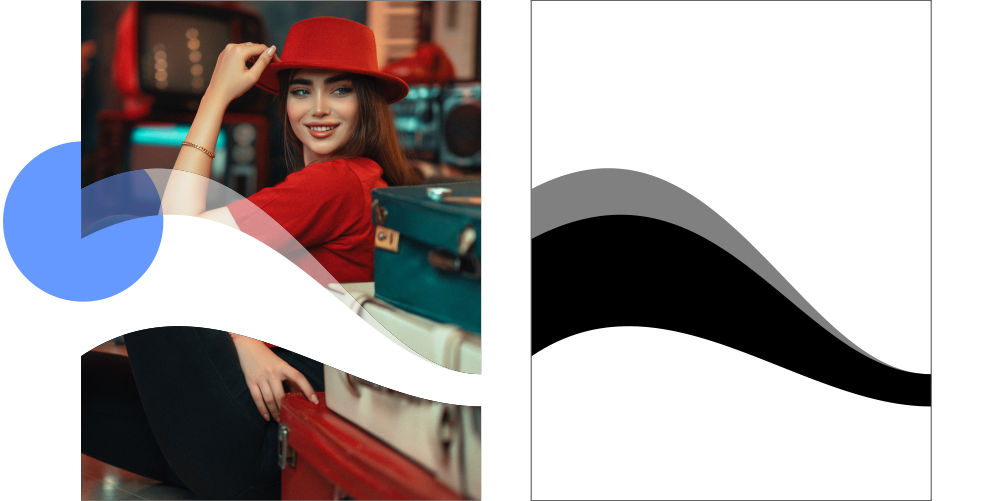 Black is full transparency (Or 0% opacity). White is 100% opacity. And any gray value is semi-transparent accordingly.

Channels that actually compose an image

Color can be mapped in different 3-axis forming one 3D solid (Like a chromatic circle but in 3D). This can be different models, for example, RGB. 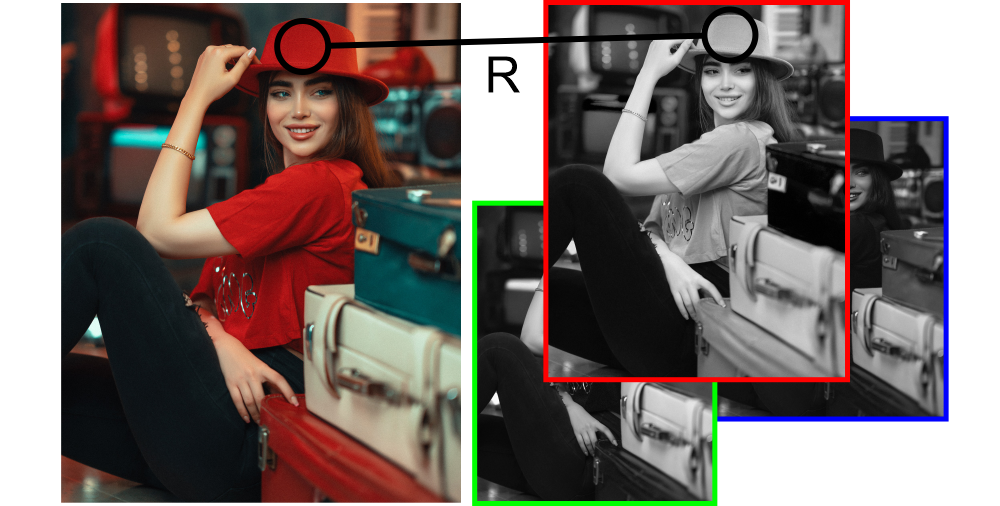 You can clearly see that a bright zone in the red channel (and black on the other two) indicates a lot of red in the image (R).

But when compression is important, for example in JPG images or video, you usually use some variation of a model based on Luminance, this is brightness.

This is because our eyes distinguish a lot more differences in brightness than other information. And the color information itself is stored in some other two channels.

Here is an actual separation of a luma channel, also called the Y channel, and two chroma channels Cr and Cb (Red and Blue components)

You can see how the luma is the one that carries the most information for a recognizable image. The other two are not that detailed (Therefore easier to compress) 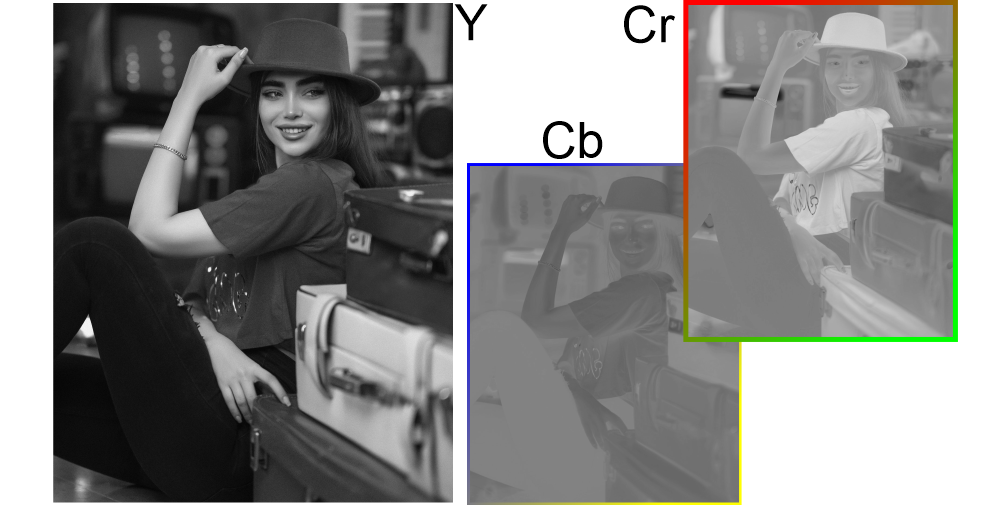 The color information on the file itself is not stored in RGB channels. But when opened you can now play with those RGB values.

Some other separation of channels using brightness

Here I separated the same image in HSB.

You can see that now, the bright zone on the Saturation channel tells you that it has a very saturated color (S).

But the main information about the image is on the brightness channel (B). 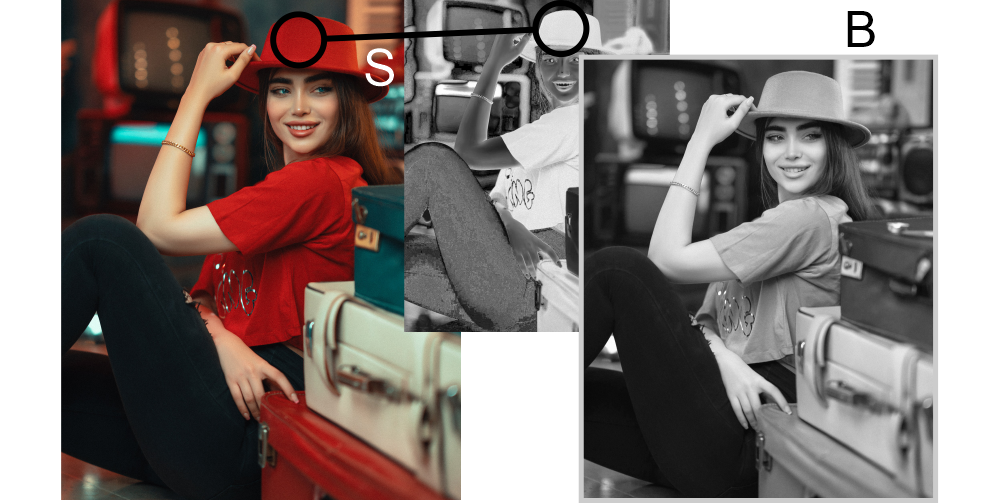 The grayscale image looks brighter than (Y) because of the differences in the scales between the models.

Alpha is transparency, with a 0 value being transparent and maximum intensity usually 255 (or 1 in float form) being opaque. Its just one channel think of it as a different extra color (which is invisible).

Luma mask is just alpha collected from the luminance value of the color channels. This allows you to use all color filters and functions for alpha masking. Same thing really but its computed from the color data.

Not the answer you're looking for? Browse other questions tagged adobe-after-effects or ask your own question.

1
How to change patterns in a clip with an alpha matte version
1
After Effects precomposing and text issue (what is the # icon?)
2
Alpha channels and effects
1
Why does After Effects sometimes have an import dialog and sometimes don't?
8
After Effects: Bend and animate along path
1
Adobe After Effects: Smooth, believable animation of objects jumping and falling
0
How to merge paths into one object and save initial colors in Adobe Illustrator?
0
Shape fill won't change and won't show in layers After Effects