How to draw in Photoshop

I am very noob in Photoshop. I want to draw a tree with leaves, just to practice following the original psd file. But no way I can achieve the same level of excellency the original one has. I tried both pen tool (shape) and Brush tool. Neither way works.

And also the layer indicated that (from original file) that the tree has been drawn as one shape layer! How can someone draw that? 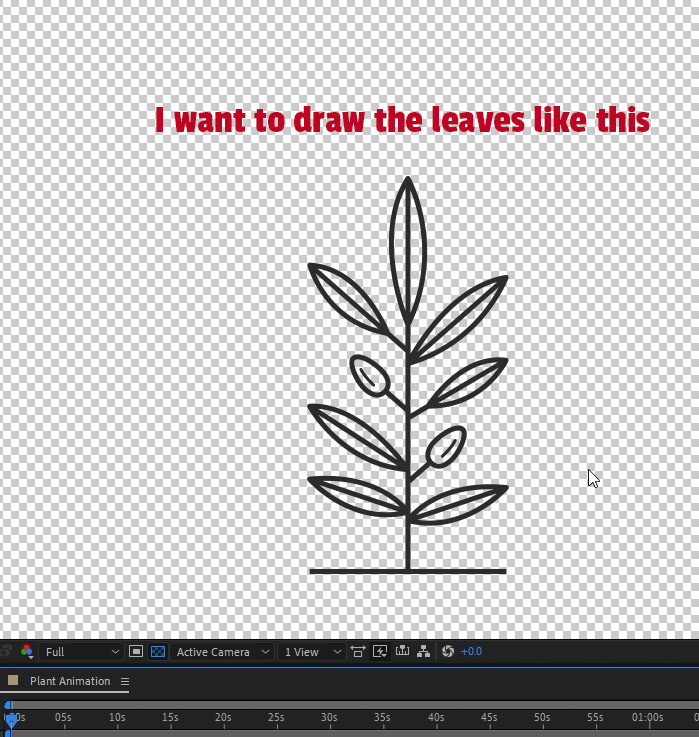 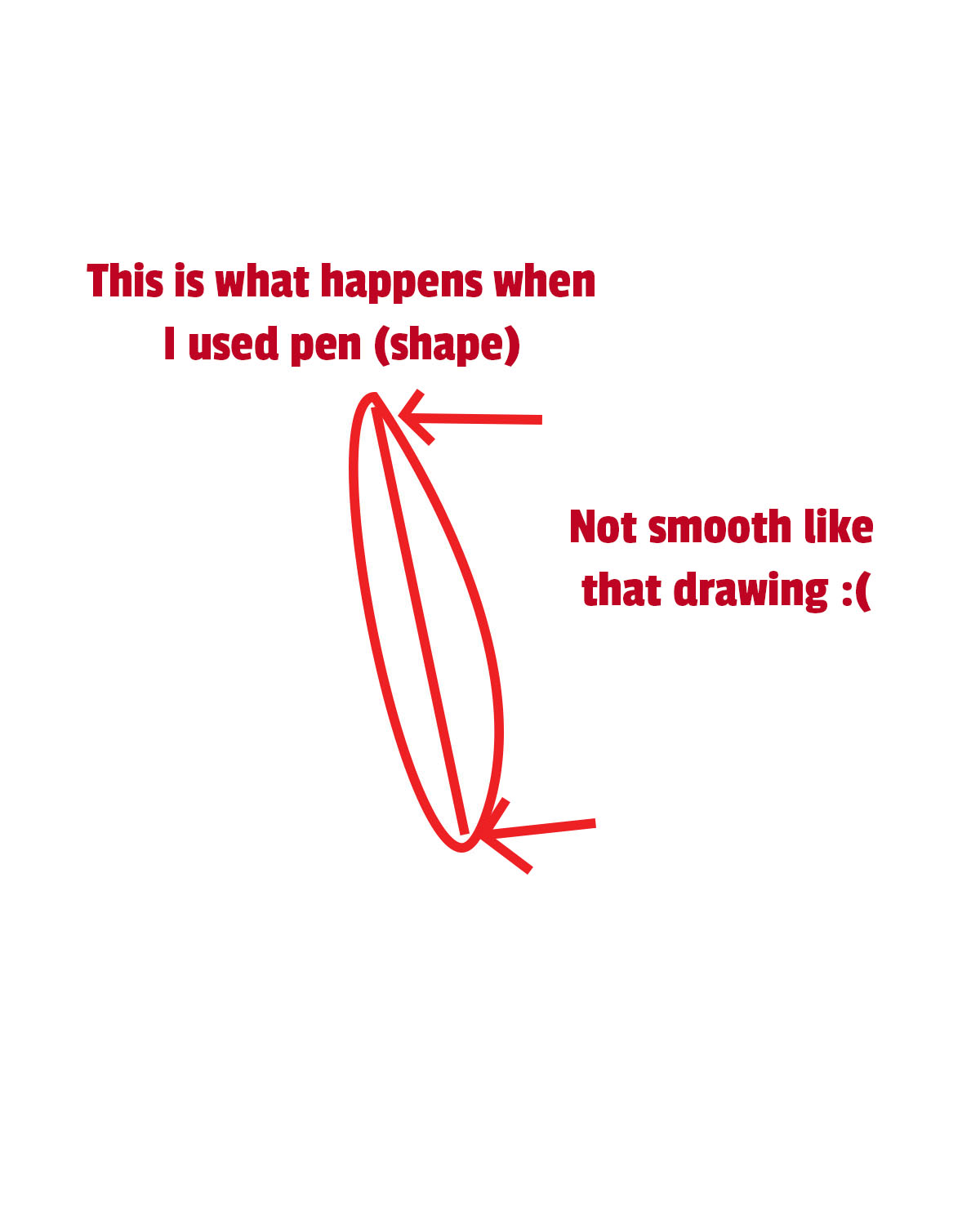 I often draw little bits like this in Illustrator, then copy/paste as paths, or shape layers, to Photoshop where I can do the raster stuff. I don't even keep them as Smart Objects much of the time if the coloring is simple enough.

Photoshop's Pen Tool is fine - but things fail in the path interactions, anchor aligning, joints, etc. That sort of stuff is just cumbersome in Photoshop.

But this simple leaf should be easily accomplished with Photoshop's Pen Tool set to shapes. It merely takes practice to know how curves will be laid down and where the best place for anchors may be. Which is the same as in Illustrator. There's rarely a need to draw at an angle if you can merely rotate something aafter it's drawn. Often creating things on perpendiculars is helpful.

Animation is sped up to create a smaller file 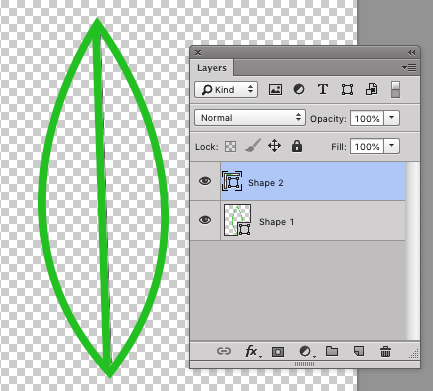 Then I'd merge Shapes from the Layer Panel menu... adjust the center line a bit more.... and I've have a leaf in a single, editable, layer which I can then duplicate, rotate, and scale to create the other leaves. 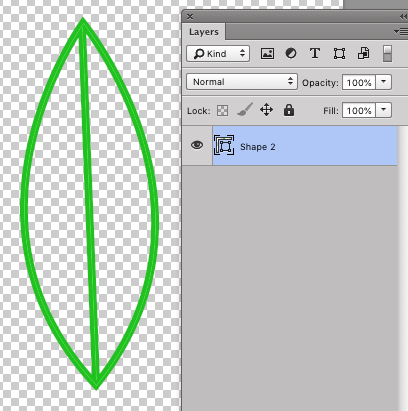 0
Strokes of rectangle and pen tool line different
27
How do I change the colour of a shape in Photoshop after I've drawn it
5
How do you increase opacity of artwork in Photoshop CS6?
1
How to crop into a new document with Photoshop?
1
Photoshop - Draw sketchy rounded rectangle borders
1
How to draw a 1px stroke in the middle of another stroke from a drawing automatically (Photoshop)
0
How to apply anti-alias effect in Photoshop just like the brush tool