How can I recreate the flying cards effect? Can this be done in adobe illustrator? 3d effect? I want to use my own objects but th same way (3d ribbon effect) 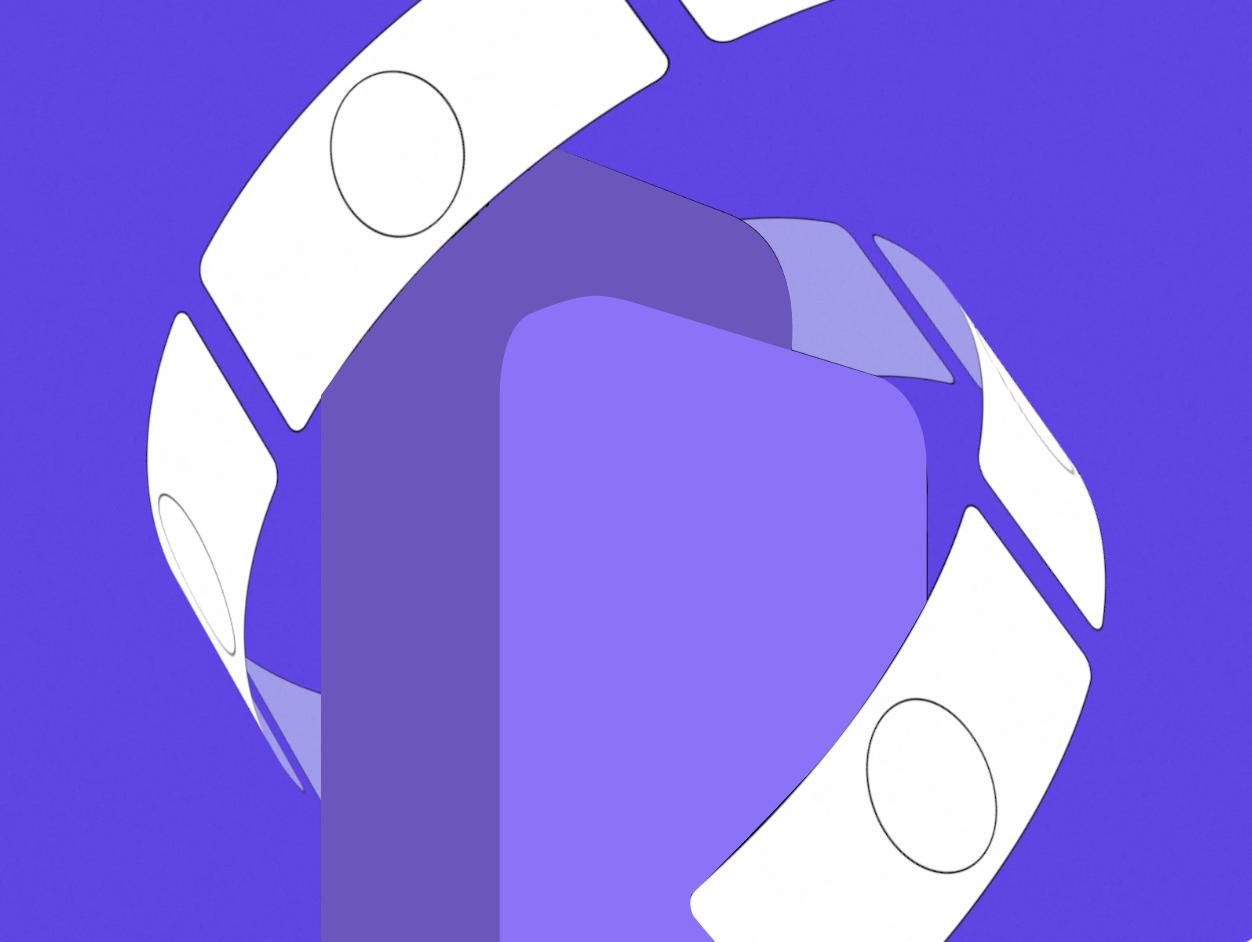 Here's one simple method in Illustrator.

Simply draw a single curved path which would represent one edge of the "cards". From that point it's all procedural, relying on simple rectangles, horizontal lines, and the Shape Builder tool with no more freeform drawing. 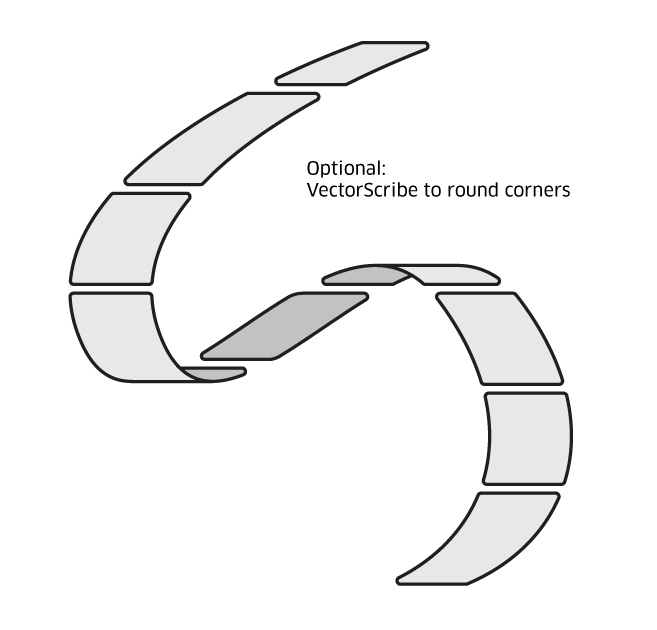 The angle of the "cards" is all controlled by the horizontals. If the desire is to not have the cards appear so vertical in nature, don't use perfect horizontals when duplicating the original path or the creating the "spacing" grid....

... and loosely based on the paths/angles in the sample image... (Sample image actually uses 2 disjointed curves - they don't align behind those mid-ground shapes.) 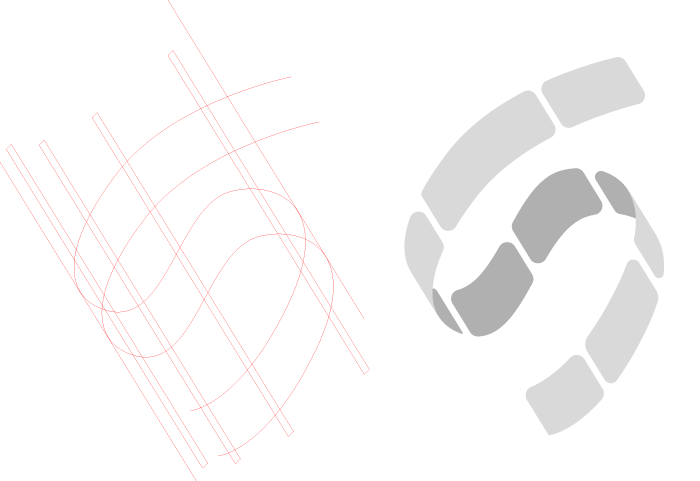 It is possible to use the Legacy 3D Effect in illustrator to get something similar. Note I don't know if the latest 3D options in Illustrator can do this. The older 3D effect can. But, ultimately, the only benefit to this is it allows one to "live preview" the angles. The final artwork really just ends up as 2 curved paths offset, then split apart, as described above. 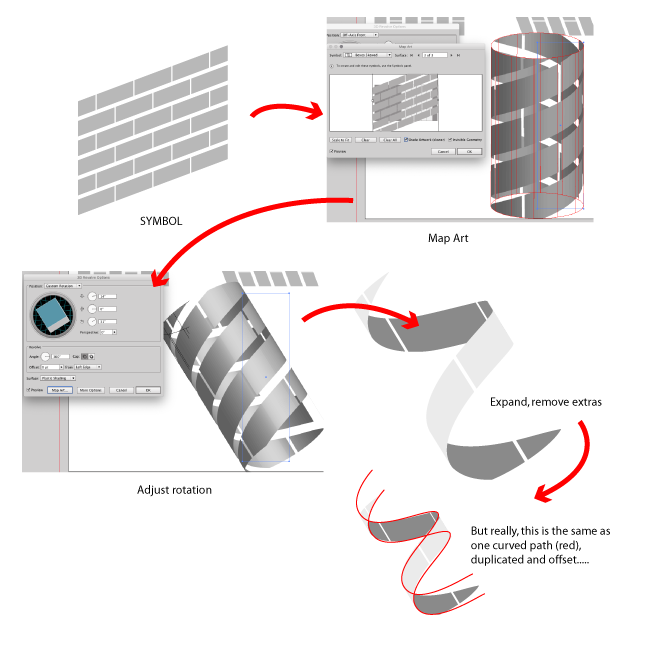 The easiest method is you make this in 3D, (blender etc) if you don't want or can't use Blender or 3D softwares, you should simple transform your objects manually in Illustrator.

If your shape is illustration, you can easily mesh transform it. And if this is a bitmap pixelated, then you should do this mesh transform/grip wrap in photoshop.

Keep this image a reference in background, put your images on the top of each card and then transform hem. Once they are done, ad gradient shades on them with highlights and shadow.

I don't have either of these programs in my computer, Otherwise I surely would have shared screenshots with you.

I guess you expect a shortcut (=effects) which generates the 3D-like curved form as vector (not as bitmap image) and plausible projection with somehow less effort than simply drawing it as a 2D image. Drawing it in 2D is surely possible, but needs a substantial amount of training to develop the needed skills.

The case is not hopeless in Illustrator. Not at least if you still have an old enough version which can generate vector 3D extrusion.

As you see the violet blocks in the middle just cover the critical part of your card set so that the visible parts can well be done as mapped art on extruded cylindrical surfaces (=Effect > 3D > Extrude & Bevel) in illustrator. It would be very difficult to make the card set to continue smoothly like a spiral, but covering the middle part makes it a lot easier. A plausible continuous spiral is easy in a proper 3D program, but Illustrator is not good for it. The calculations are too inaccurate (tried). 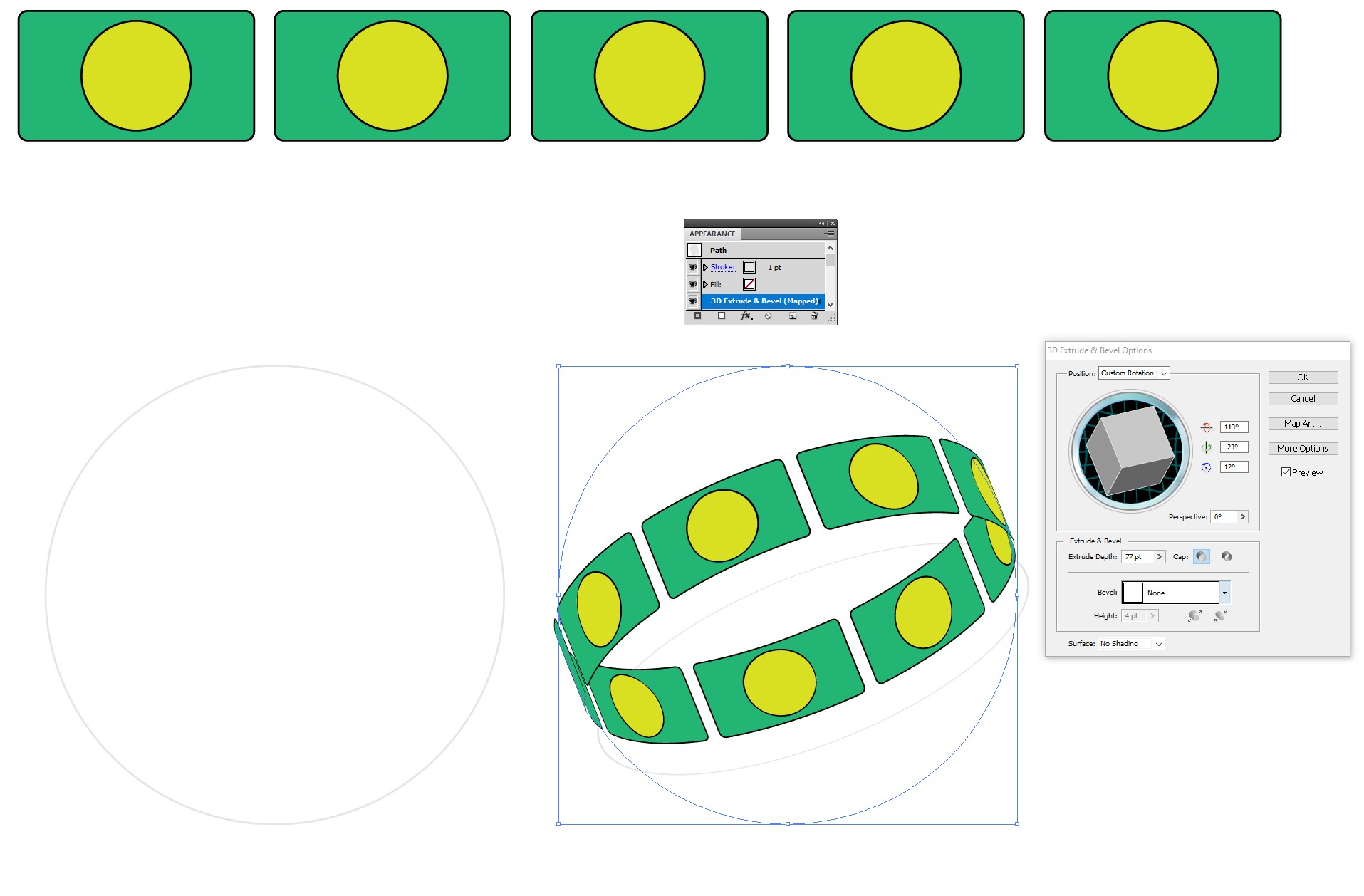 The stripe of five cards is dragged to the symbols collection and used as mapped art on a grey stroke-only circle. The circle is stroke only to make it have the interior and exterior surfaces. There's no shading nor perspective.

The next image is the art map dialog for the exterior: 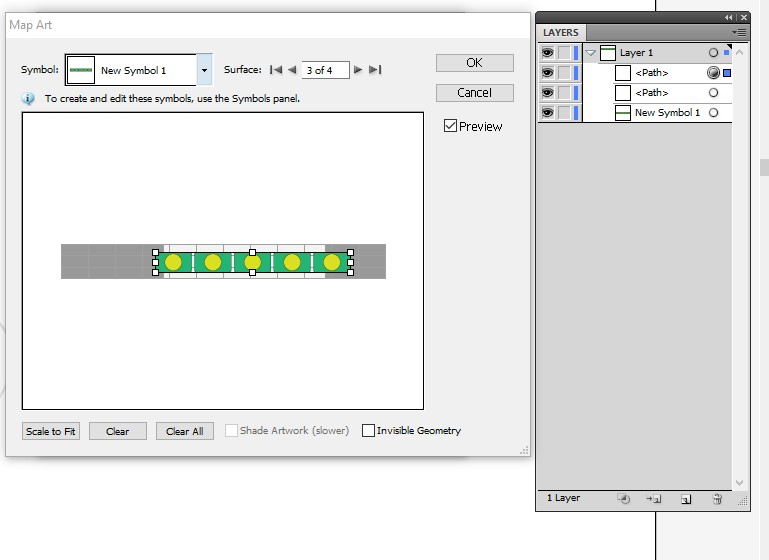 A copy of the extruded and art-mapped shape is made and its view is rotated to get the lower half:

Applying Object > Expand Appearance fixes the effect. The cards can be got free for usage by releasing the clipping mask and ungrouping 3 times.

As you see, the extrusions cannot give parts for a continuous spiral, the seam does not fit: 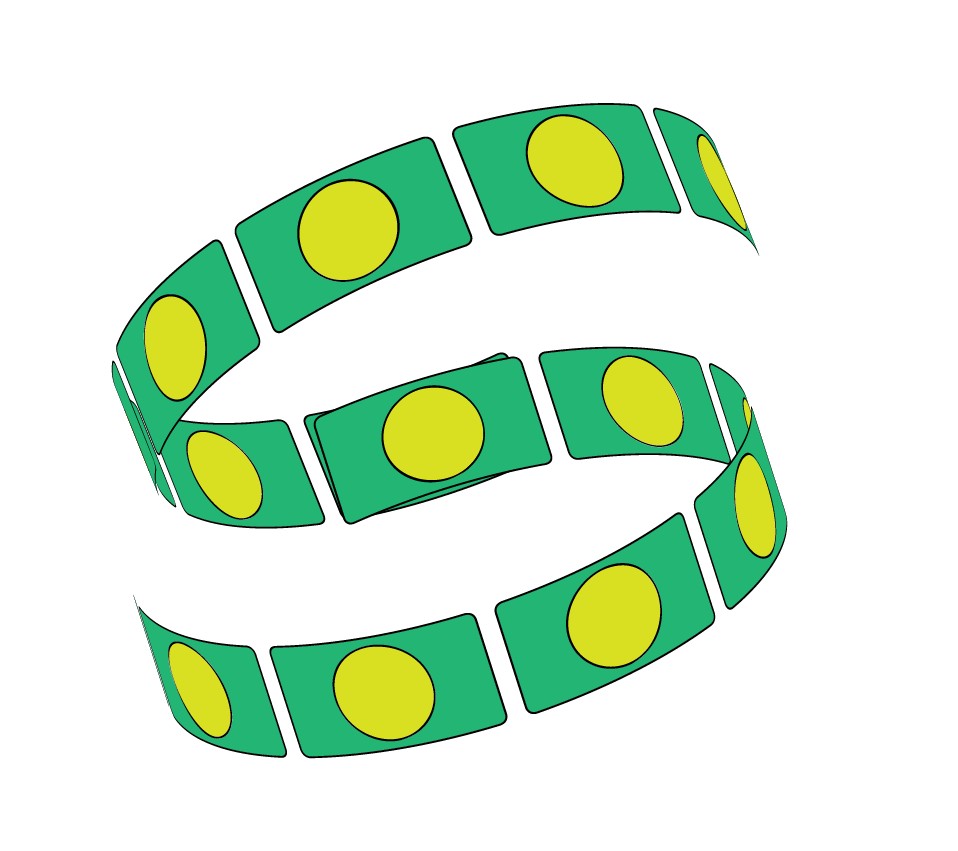 One could take a half of card from one extrusion, the other half from the other extusion and succeed to match the seam. I skipped it. But the result can be used if there's something which hides the problem zone: 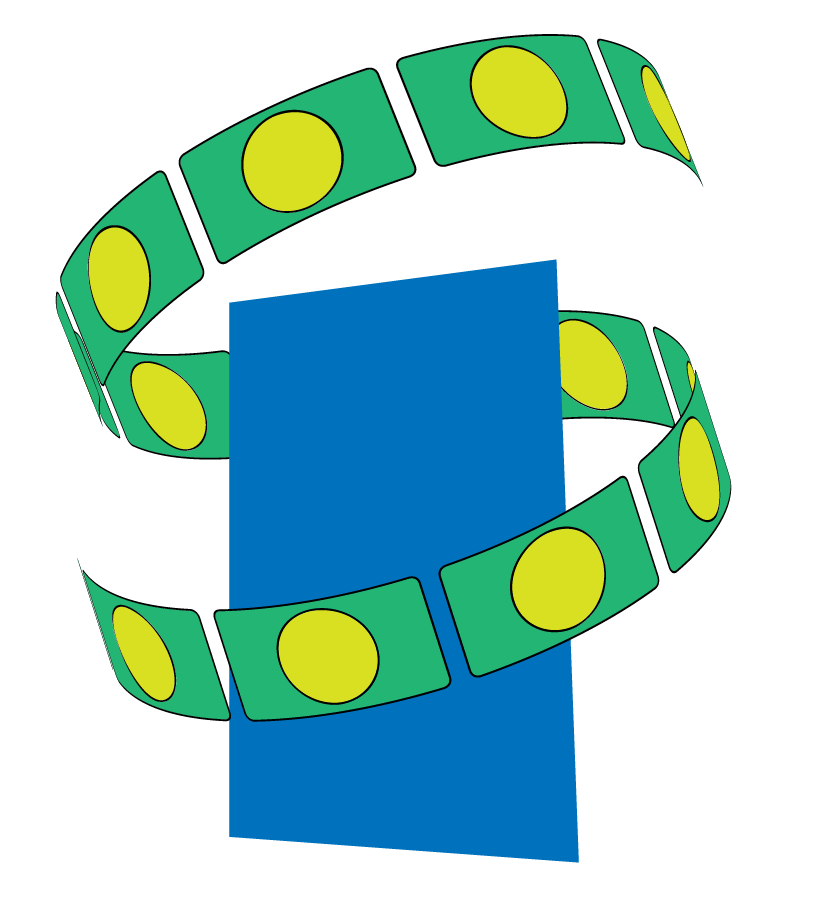 You can change the colors - the cards are editable, but the black stroke is also a filled area. As said by user @joojaa in his comment, avoid having strokes in mapped art, insert them to the expanded version to have more freedom.

Just for comparison a 5 card stripe is bent along a 1 turn helix in a 3D program: 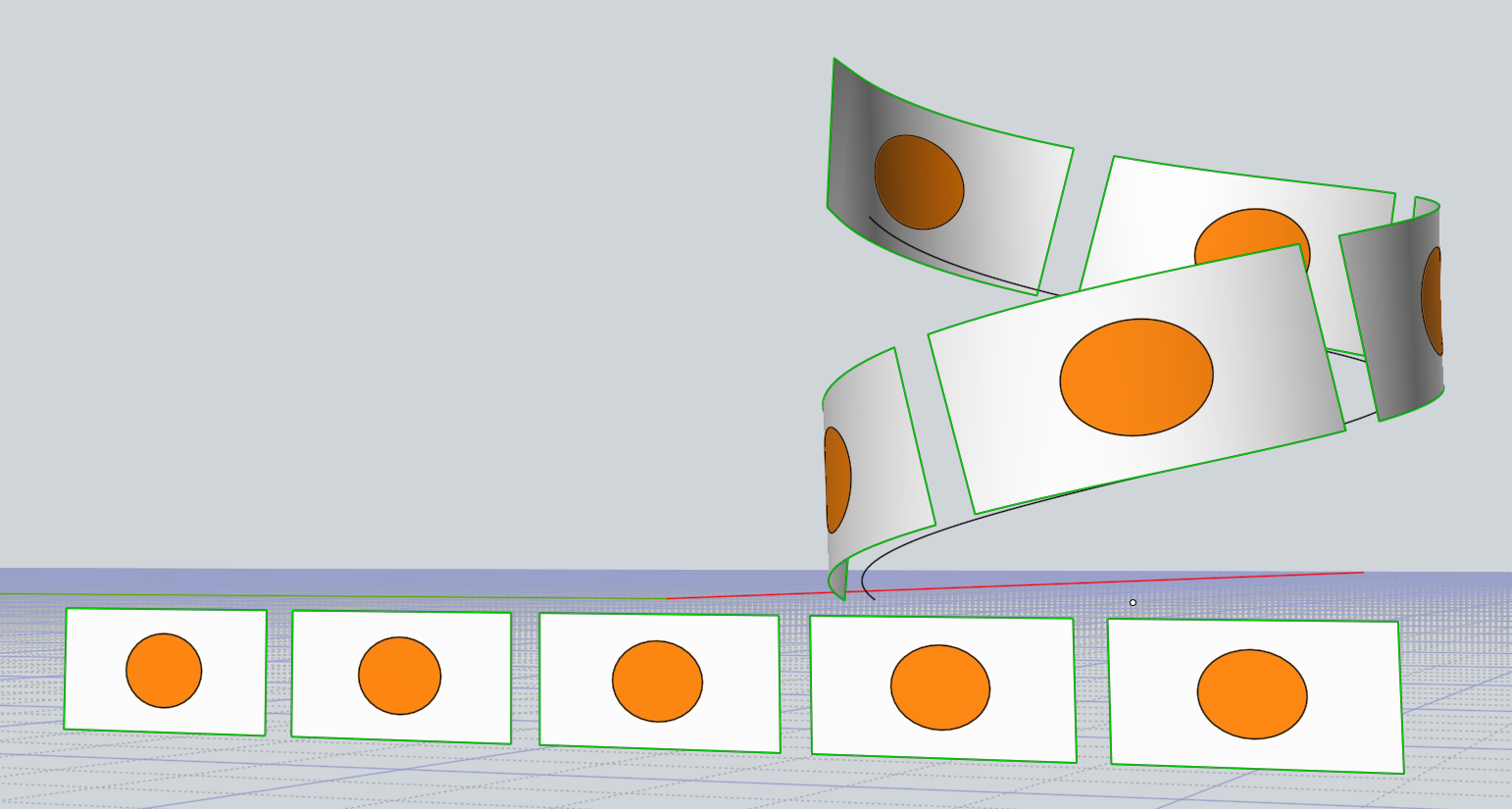 Not the answer you're looking for? Browse other questions tagged adobe-illustrator 3d cinema4d blender or ask your own question.

0
2D to 3D image effect
1
How to recreate line effect in the famous Woolmark Logo
2
How to achieve realism on 2D vector objects in illustrator (shadow, gloss, 3D)
2
Which program should I use to design business cards, Illustrator or Photoshop?
4
How to create fading shadow lines over gradient
1
Recreating cutup/displace/chopped up effect
1
How to recreate this noisy colouring effect?
0
How can I replicate this spiral ripple effect in Illustrator?
1
How do I create a 'sinkhole' effect in Illustrator?