How would you go about making these sorts of textures in Illustrator, and what is this style called, specifically?

I am curious about both textures - the one used on the subject and the one used in the background. These can't all be by hand, can they? 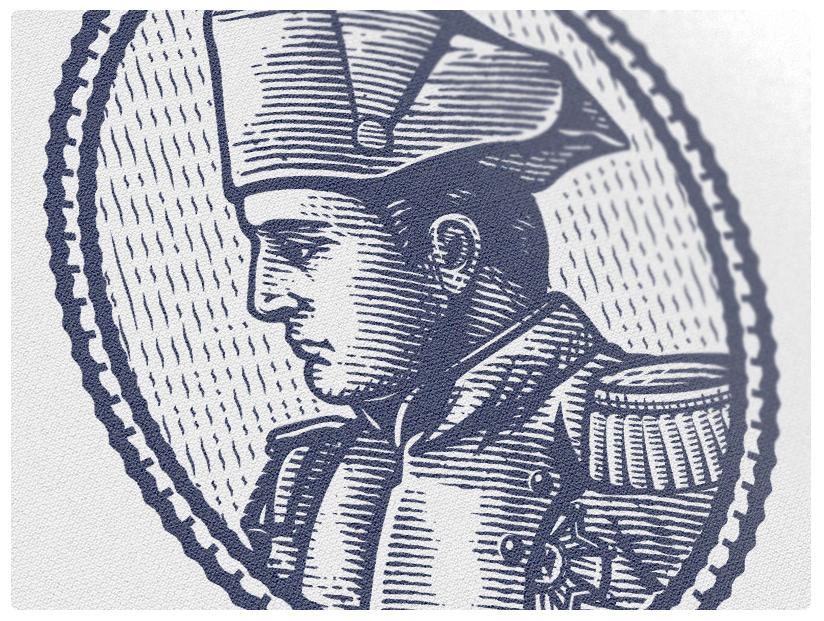 These are woodcuts or linocuts. Originally hand carved. There are lots of photoshop filters to do this as well as web based ones. Don't know of an Illustrator effect to do this, but if done first in Photoshop it could easily be traced as a vector in Illustrator.

Questions asking effects which simulate old manual image print plate making techniques like metal engraving or wood cutting appear now and then. The previous one before you was this: Transform an image into parallel lines with varying distance? It got a couple of answers and links to other cases for more perspective.

Engraving effects can make lines which simulate greyshades by varying line widths and line densities, but grooves carved by a talented person have one superior advantage: They seem to follow the curved surface of a 3d object. Lines created by an engraving effect do not follow surface curvature, because the effect sees only the given 2D image, it knows nothing of the 3D forms of the object the image present. A human engraver knows and takes it into the account in the fly (after practicing several years).

I unfortunately have too poor skills to create manually a drawing which imitates properly a manually crafted human portrait engraving, no matter I have Illustrator which allows as many undos and retries as needed and generates smooth curves no matter how much my hands shake. But I can draw a simple enough shape to show the idea, say a simple cardboard mug upside down i.e. a shortened cone. 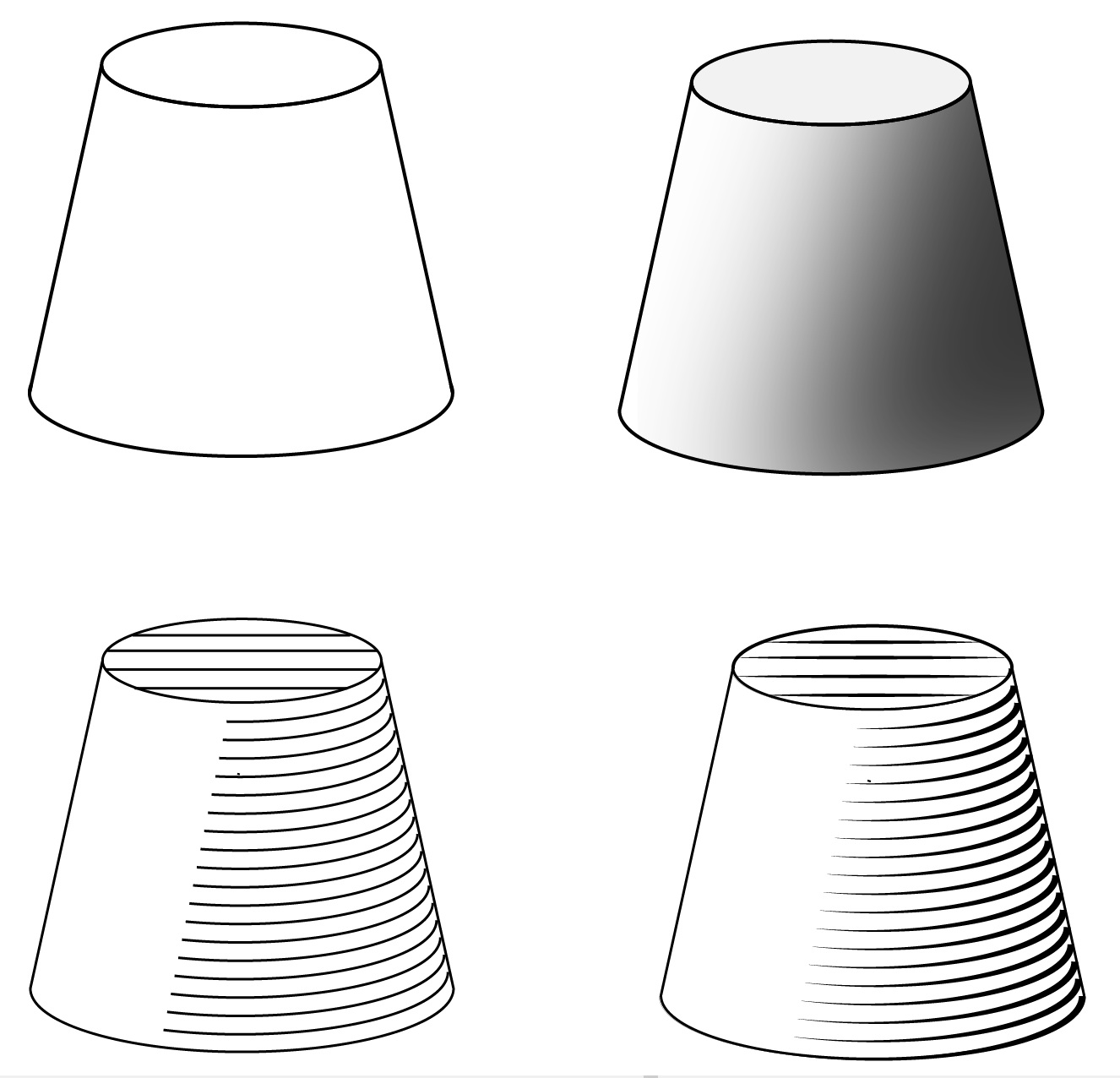 Top left: The mug as a line drawing - it's 2 lines, an ellipse and a half of an ellipse

Top right: Colored with solid grey and a gradient to simulate light and shadow

Bottom left: Greys are replaced by lines and curves. The curves are splitted from a series of ellipses created with Blending. This is quite poor shading, because it doesn't present at all the gradient from light to shadow. But it presents the surface curvature with only a few lines much more effectively than any engraving effect I have seen.

Bottom right: The shading has got non-uniform line widths by applying a preset line profile. Arbitary profiles can be created in Illustrator by making Art Brushes.

A person with sharp sight and steady hands draws the varying width curves with a drawing tablet which is set to obey the stylus pressure or tilt angle. That happens only if the person has got in the birth what the job needs and developed the skill by making thousands of practicing drawings.

Not the answer you're looking for? Browse other questions tagged adobe-illustrator texture illustrator-effects vintage or ask your own question.

2
Transform an image into parallel lines with varying distance?

1
How are simple textures like this made?
0
What would you call these illustrations' style? Minimalist?
2
Methods to achieve a similar light grain texture?
0
What is this style called? And any tips on making this?
2
Blending and Textures
0
How to create these sorts of textures?
0
Border around artwork when exporting Illustrator
0
How do 3d modelers and game developers get their textures?
3
How would you create these types of abstract data visualization / mathematical forms graphics?