Trying to copy the (ii) 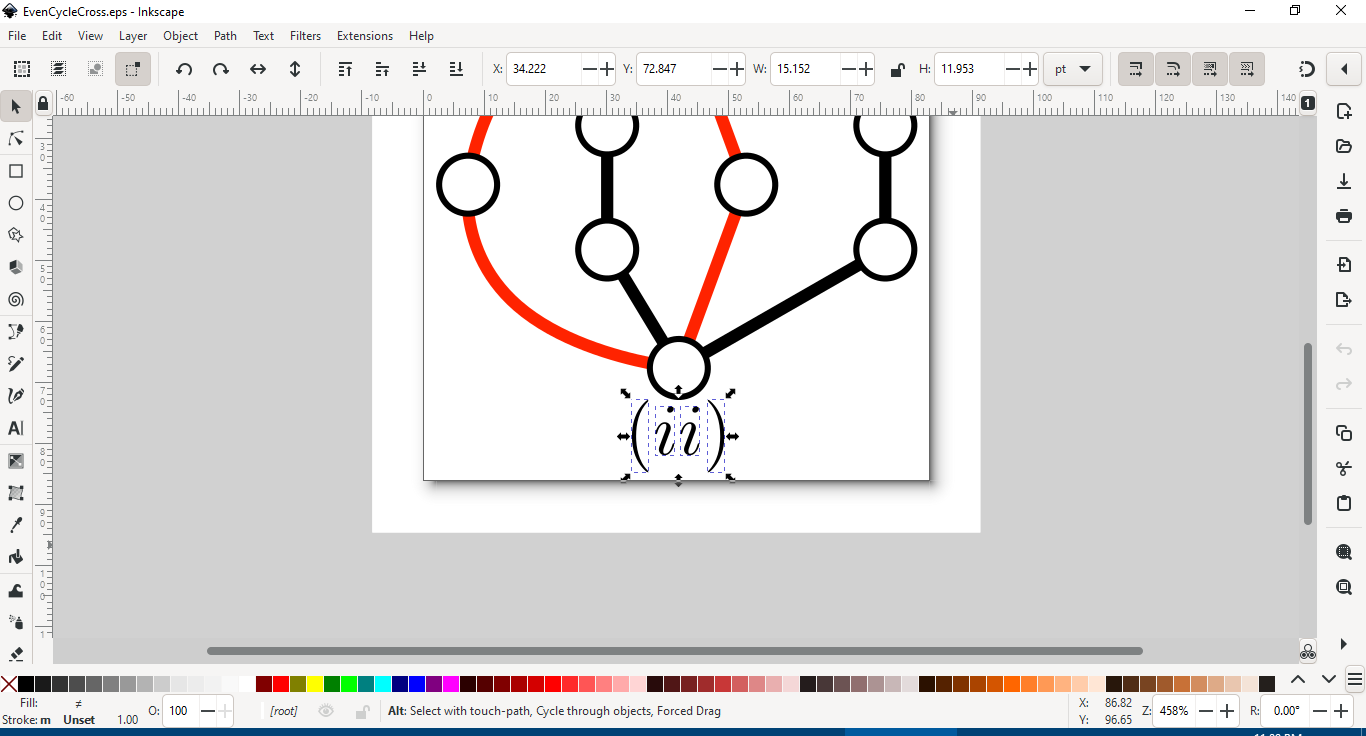 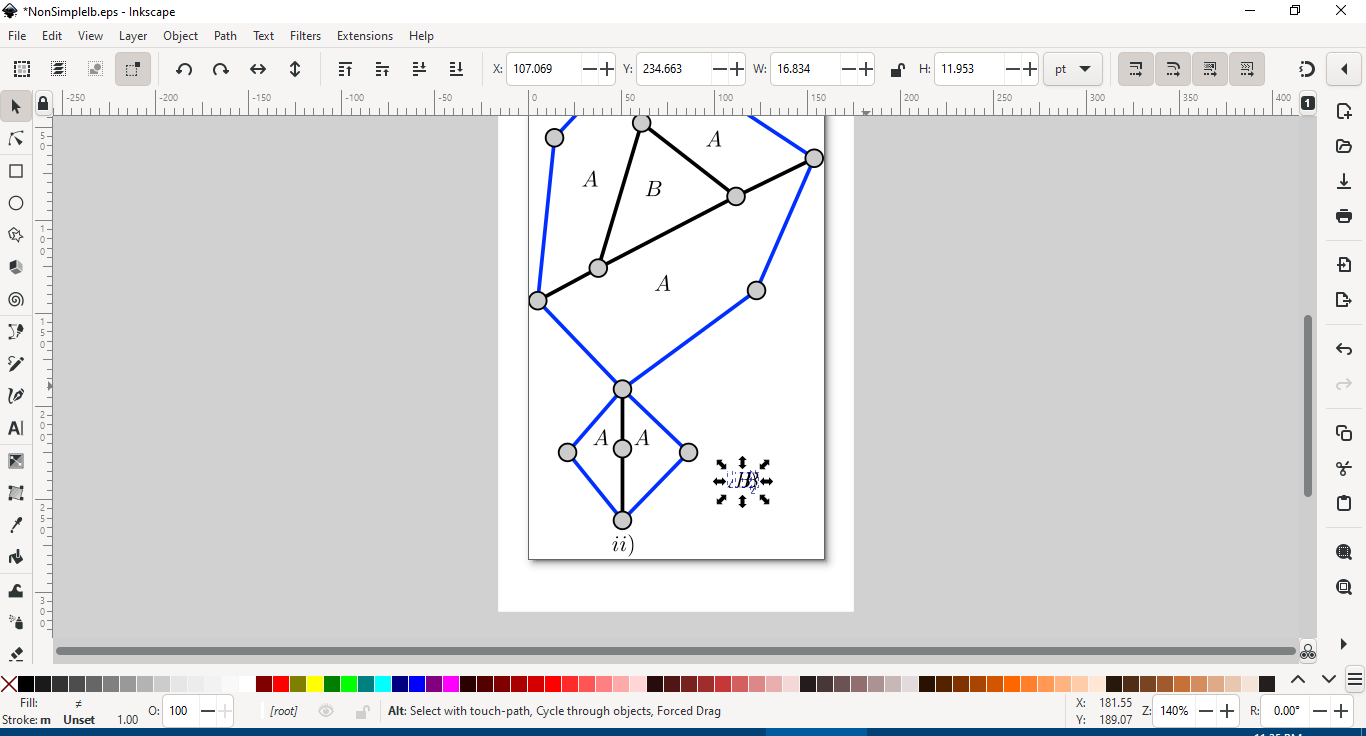 Why does the pasted image look so strange?

Cannot prove it, but seems like Inkscape is trying (see NOTE1) play fair. I mean one cannot edit text objects which use fonts that are not installed to one's computer, but they are rendered OK with the embedded (=included in the EPS file) font subset.

The (ii) -item is a text object. Programs like Adobe Acrobat Pro render your EPS, but no text edits are possible except by using a substituted font. Illustrator (a legacy version) substituted all with Arial, it gave only this warning: 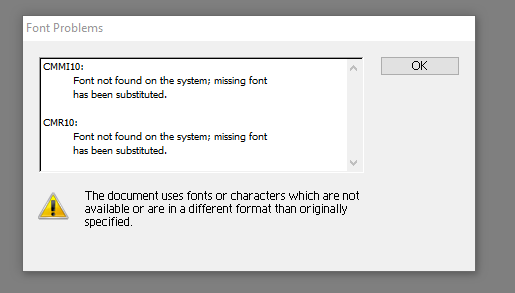 Serif Affinity Publisher was generous. It converted your (ii) to paths. I could export them as SVG and open the result in Inkscape. The result looked OK, except it was an incredible messy multilevel group. By applying Extension > Arrange > Deep Ungroup it finally became to this: 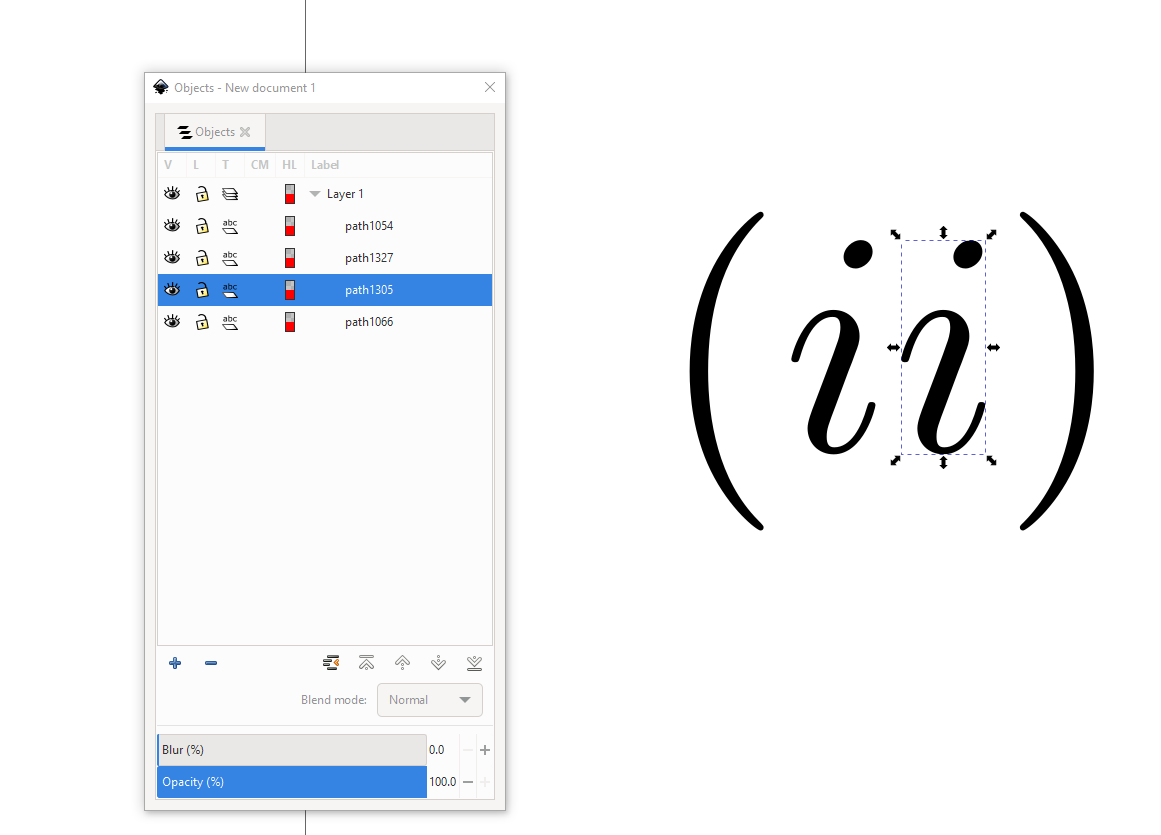 The i-letters are combined paths.

This single (ii) is easiest to fix by rewriting it, but I guess that's not a pleasant option if there are numerous other objects with the same problem. In this case:

a) Try deep ungroup and then try to convert the (ii) to path.

b) Get the mentioned fonts. Inkscape may then open the file OK without preventing text edits.

c) Save the graph in the original program as PDF and open it in Inkscape with Poppler-Cairo import. That import method converts texts to paths. You may need to perform Deep Ungroup to dig the interesting items out.

No guarantee. I have Inkscape Portable which is limited when compared to the installed version. It didn't open your EPS.

NOTE1: there can well be a bug. There's another answer where user Billy Kerr says that his Inkscape gave the (ii) only as a bitmap. The EPS import functionality probably is still under construction and varies from build to build.

Share
Improve this answer
edited 2 days ago
answered Aug 6 at 20:09

I don't think this is a bug in Inkscape. I downloaded the EPS you shared, and this is what I found inside it.

The image is also a raster image when I checked by opening the EPS using Adobe Illustrator.

I can copy and paste the label into another document from Inkscape, and can't reproduce the problem you show in your screen shot.

Personally, I would just find a suitable italic font and retype it. It looks very similar to Latin Modern Roman Italic - which is free to use according to the licence.

The problem has probably been caused by the software that was used to generate the EPS. If you want to fix this, perhaps seek support from the developers of that software.

Edit, after seeing user287001's answer, a missing font may be the problem. I don't know if the software you mentioned is capable of converting text to outlines, but that may be one possible fix.