I've been encouraged to move to a vector-based package like Inkscape to achieve better scalability in my images, but when I display a well-formed SVG spec with a set of Bezier curves in Inkscape I get a very perverse rendering compared to what both GIMP and Microsoft Edge show me.

My image is essentially a collection of parallel S-curves. An indicative section of my SVG spec showing a few of these curve specs is:

(for some reason, code was not completely displayed in my original post -- here are some relevant Bezier specs)

Displayed in GIMP, I get what I expect: 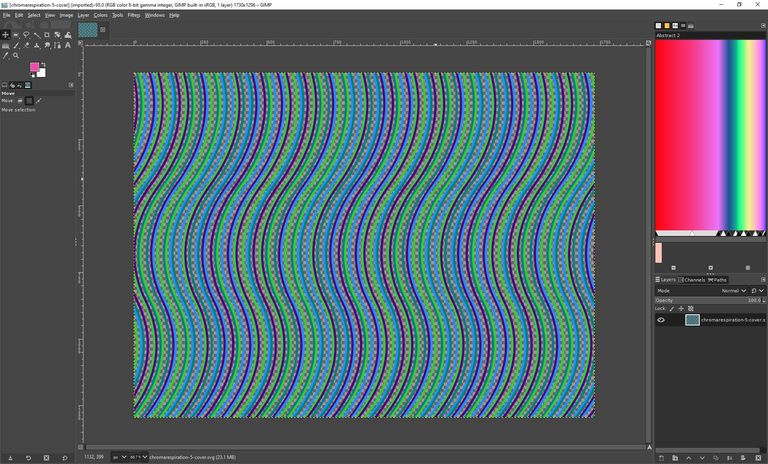 Likewise in Edge (the bottom is cropped in the image, but appears with scrolling) 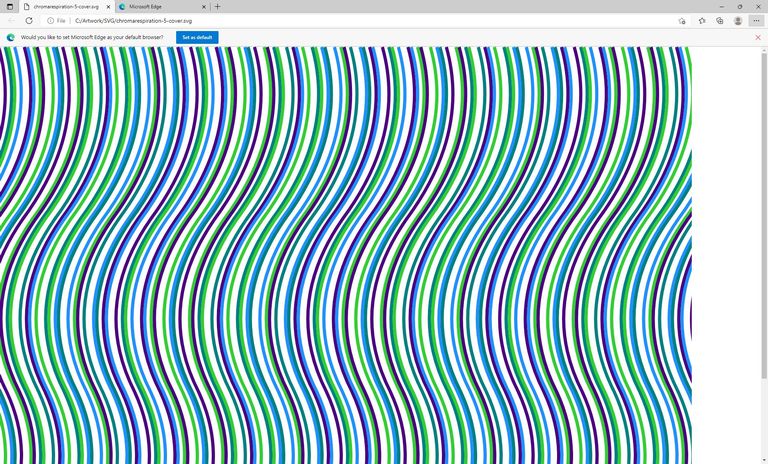 But if import into Inkscape, I get the following: 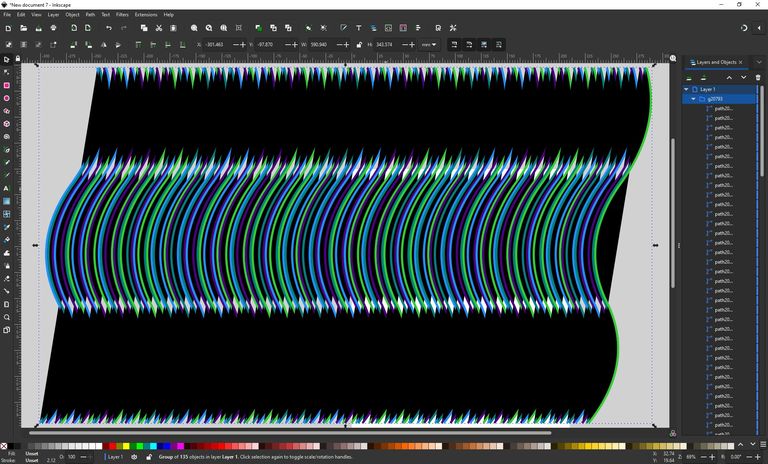 Anyone have any idea what is going on here? I've tried adjusting the stroke width, to no avail. Shouldn't matter anyway, as there is no overlap. It seems to me that even if the curves were rendered a little differently in Inkscape, the strictly parallel nature of their specs should keep them spaced. And what's with the black, anyway?

I'm new to Inkscape, so any help would be appreciated.

All right. svgshare.com is "over quota", and I cannot seem to insert the code directly, so here is a picture of a piece of the spec including everything except most of the paths, followed by its display in Inkscape. I think you can see there is no indication of black in the spec. I can change the fill to scarlet, and the image is the same, so the black does not appear to have anything to do with fill. The more disturbing part is the partial disappearance of the colored lines specified in the path declarations. 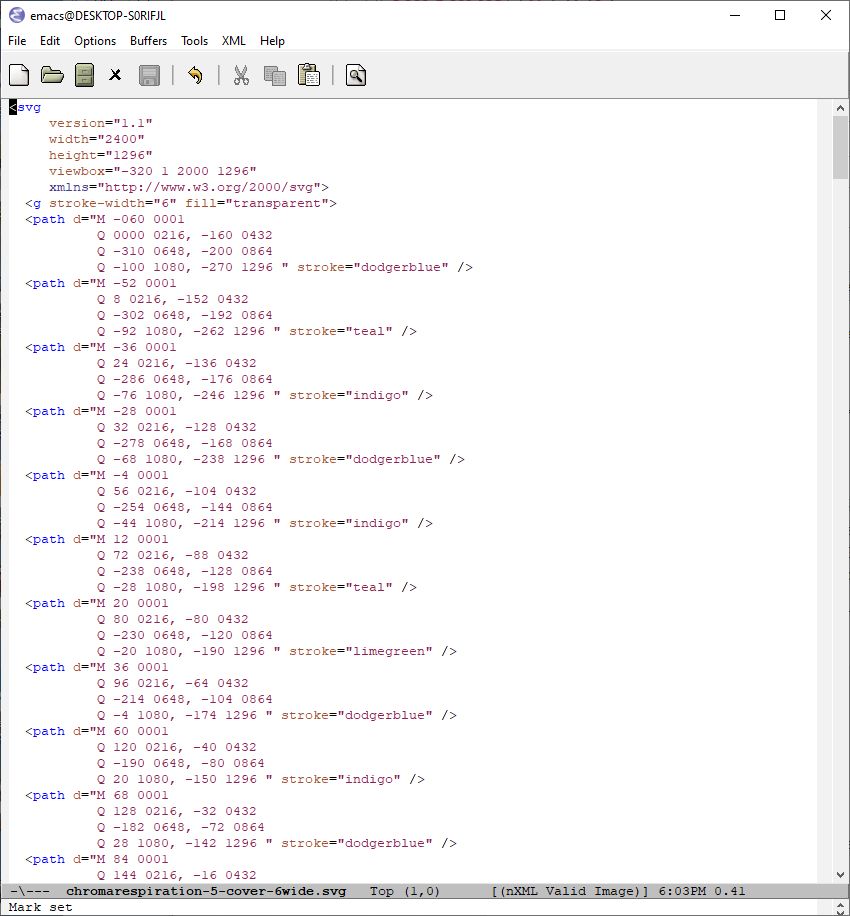 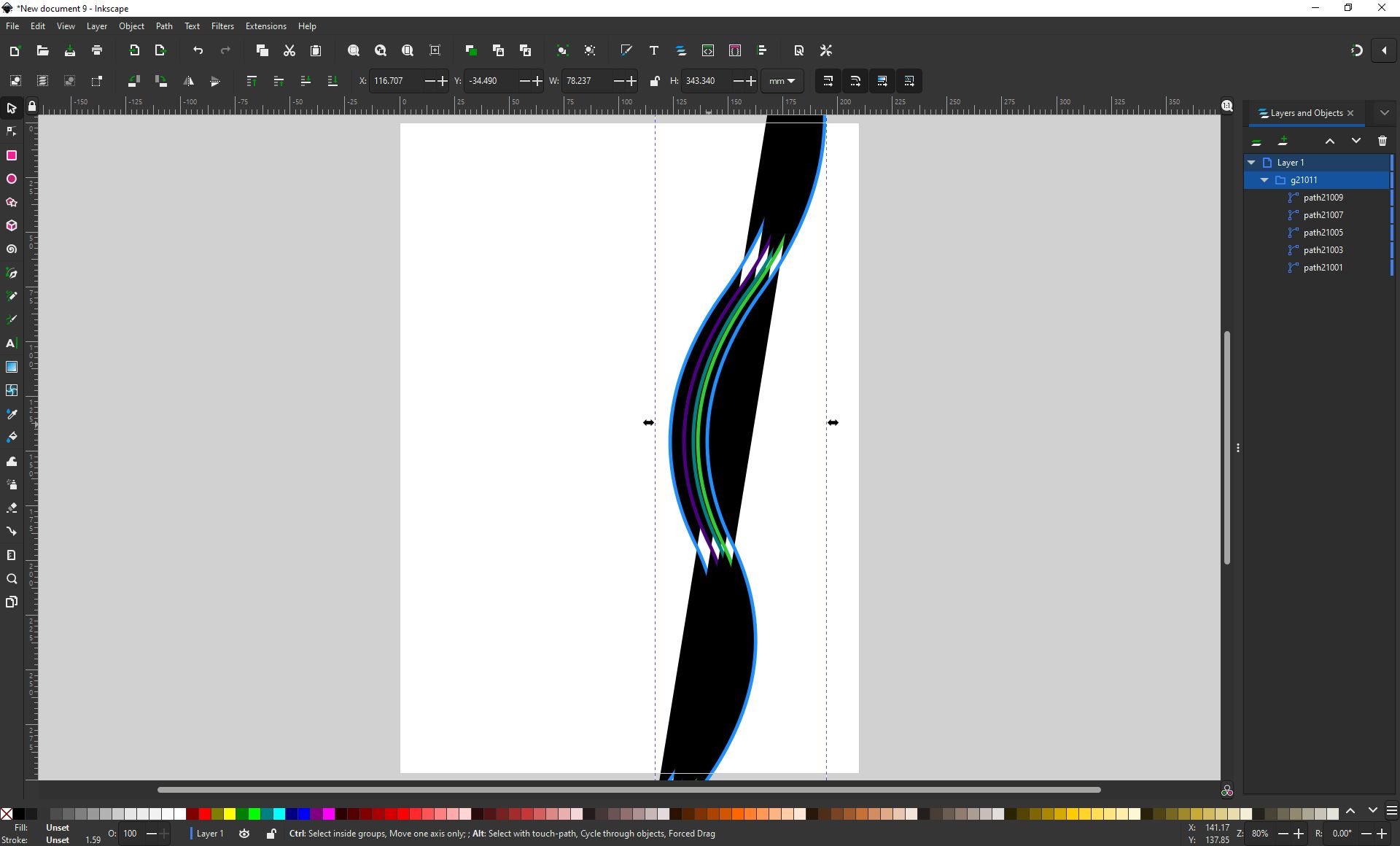 Incidentally, if I just include foo.svg as an image into this post, it tries to display as I would expect, except that the inclusion is ultimately not accepted as a proper image type. 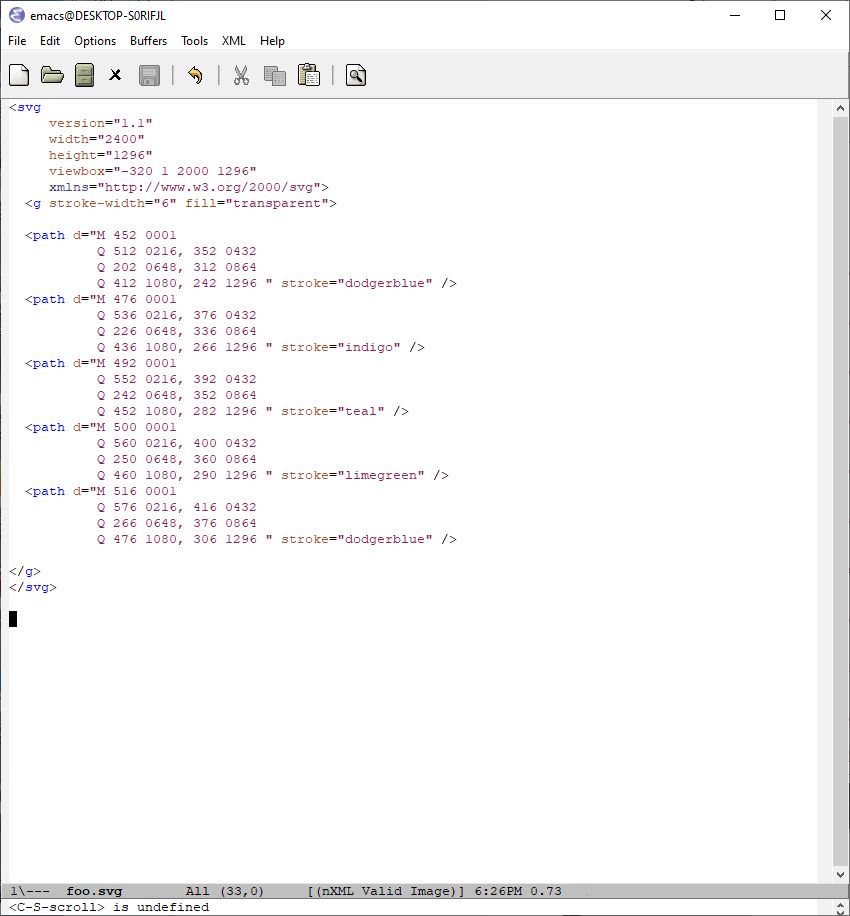 After lots of comments, it would appear we now have an answer, more or less! Thanks to the extra info provided by users @ccprog and @AdamBelis

Inkscape doesn't recognise fill="transparent" as a valid attribute in SVG 1.1 - but it is valid in SVG 2. If you use that, then Inkscape will default to an opaque black fill, which is what is causing the problem.

Inkscape is still technically on SVG 1.1 but supports some SVG 2 features, but not all of them. I believe it's still a work in progress according to various forums I've checked.

In your SVG, inside the Group element, you need to change it to fill="none" for it to display properly in Inkscape.

0
How do you show the handles of paths (bezier curves) in Gimp?
34
How to Connect Bezier Curves in Inkscape?
5
Inkscape: Joined pentagon and hexagon with fixed edge length
1
Inkscape - Doubled bezier curves
2
Inkscape: connect cloned Bezier curves
0
Only Inkscape (and GitHub) render SVG correctly
1
How can I make bezier curves in Inkscape default to smooth nodes instead of corner nodes?
5
How to connect three different nodes into one in an Inkscape?
1
Make fancy border in inkscape and gimp