How do I make the perspective of the text in this image more accurate?

I'm trying to use envelope distort in illustrator to render this graphic onto a photo of a wall, but I can't seem to get the perspective on the text looking right. Can anyone help me figure out how to fix this? 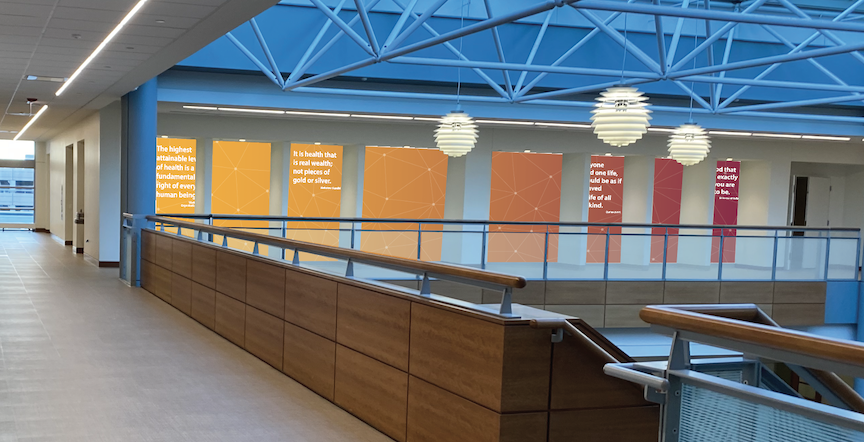 It's not only perspective nor a little clipped texts. The posters pop up from the wall also because the light is wrong. Adjust the light - either darken the posters to the same (bad) light as the wall or put the lights on also on the wall. I clipped some of your attached poster images and placed them on a wall to show what I mean. 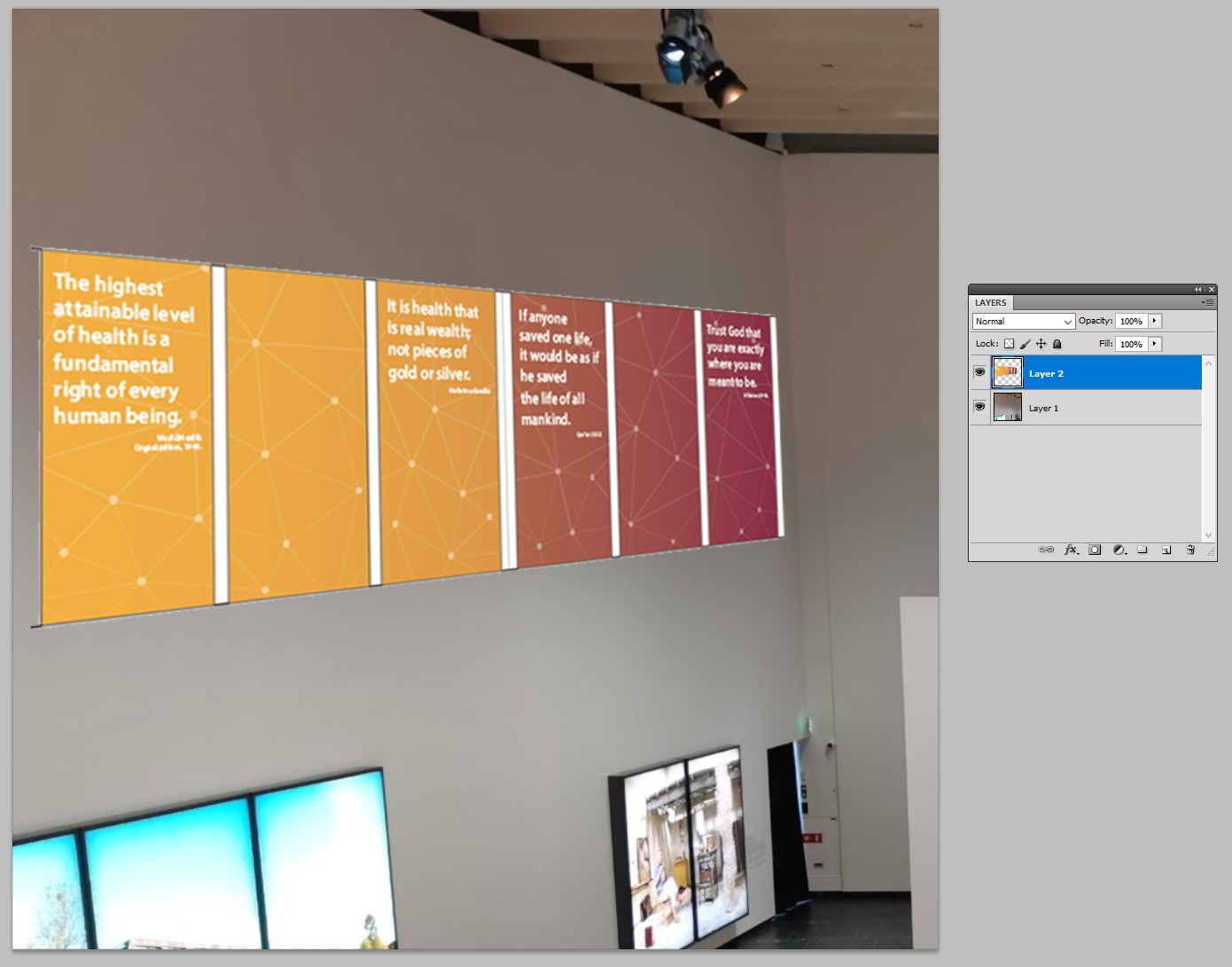 Nobody believes that the posters really are on the wall. The perspective is distorted in Photoshop. The job is not especially accurate, so it's well possible that someone sees the straight lines do not converge exactly towards vanishing points and also the proportions of the letters in texts are a little off. But the wrong light nails in a second it's a counterfeit. There are even more brightly lit images near the floor, but they are in lightboxes. 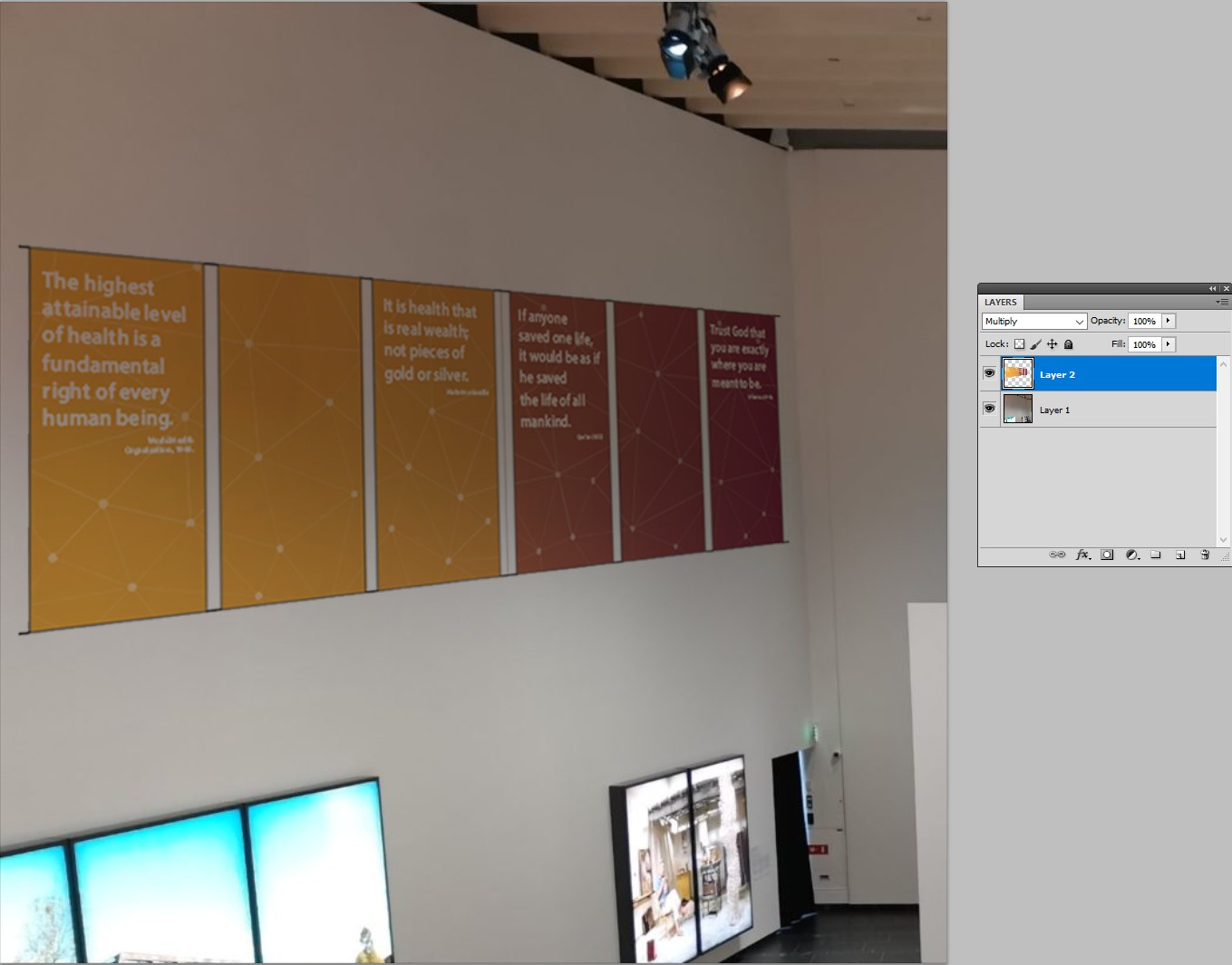 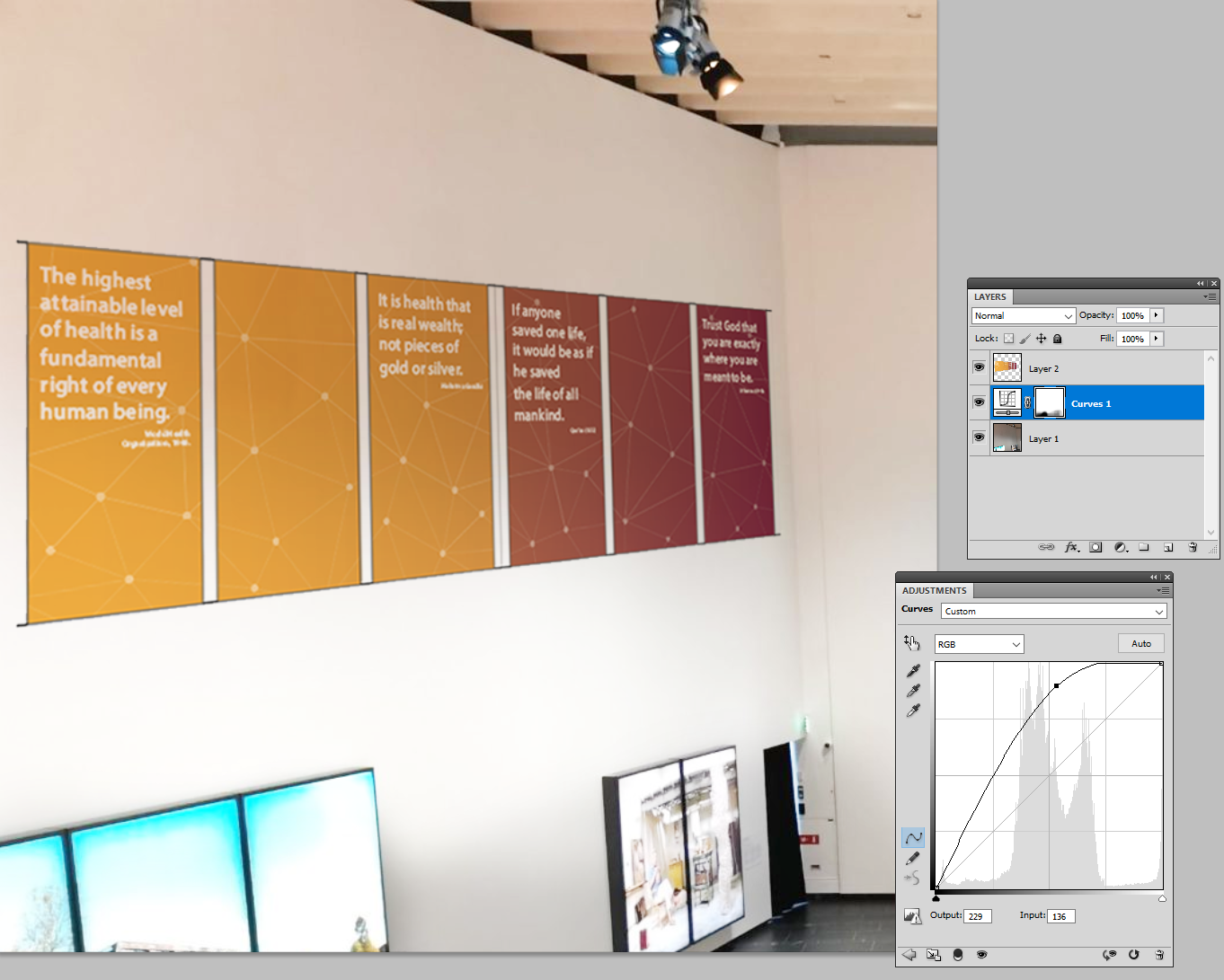 The posters can be as bright as the wall. There's still used blending mode multiply for the posters, but the light level is elevated with a curves layer on the wall. The layer mask has got sprayed some black to prevent overexposing the bottom of the image.

As you probably have guessed, I suggest you to stop messing with the envelope distortion in Illustrator. Make a high resolution raster copy of the posters and work in Photoshop. The room image is already a photo, so you do not lose anything. Photoshop's Edit > Transform > Distort and Perspective are easy to use.

BTW. You can also use the multiply blending mode trick if you at first make a fake white wall which has plausible light including all colored reflected light from the environment and what comes through the windows. I'm sure it's easier to match the light in that way.