Is it possible, using the Width tool (Shift+W), to change the width of a path at two (or more) points simultaneously? I am trying to adjust the width of a closed path symmetrically, by working on two opposite points at a time.

I have tried working with half of the path and then mirroring it and joining it, but unfortunately, the Width tool produces different results when a path is incomplete. (See my attempts below.)

For more context, here's the path I'm working with: 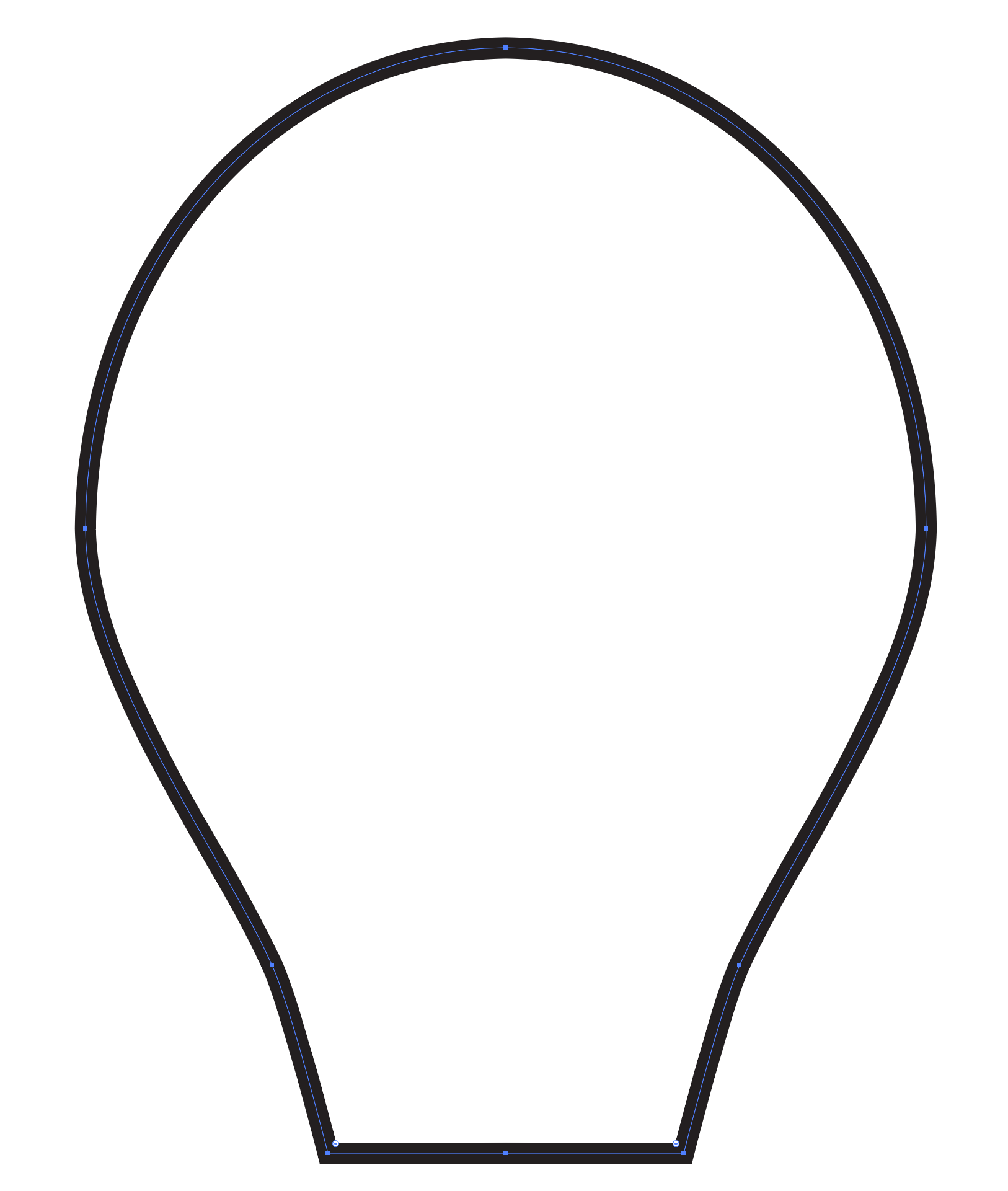 As mentioned above, I have tried working on points on a half path and then mirroring the path, but the results are not satisfactory. Additionally, the two resulting paths cannot be merged, because merging paths with different width profiles does not merge the width profiles properly.

I approximated the "expected result" by repeatedly adjusting a point on the left and one on the right (enabling "Adjust Adjoining Width Points"), but this approach is suboptimal because it requires adjusting the same points at least 10–20 times.

Edit: Actually, I just discovered it is possible to select two control points by holding down shift, but they are quite tricky to select - you need to do it with the Width tool. Select one, hold down Shift and select another - and I'm not sure it would really solve your problem anyway. You can kind of get rid of the pinch effect by double clicking the width point, breaking the aspect ratio lock, and adjusting it numerically to limit it to the outside of the stroke (see the dialog below), but it takes quite a bit of tweaking, and I suspect you'd need more width points to control it effectively.

Anyway, here's how I would do it, in a simpler fashion

You might also be able to use the "Adjust Adjoinging Width Points" option, but success may depend on your construction. Perhaps try it and see, although for me it kind of messes up with just two width points. Perhaps you'd need three? Don't know what's up with that. 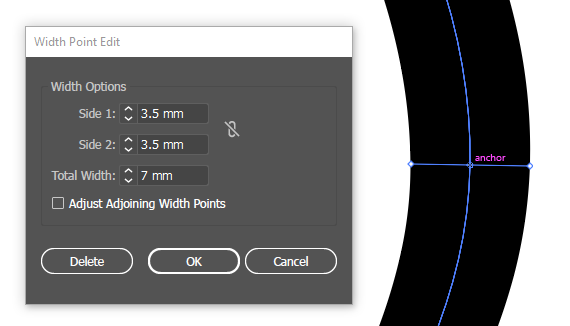 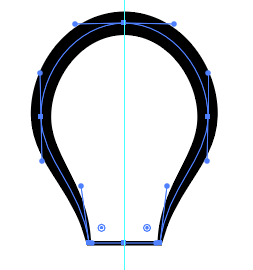 8
How to join two overlapping non-end points that belong to two paths?
1
Two points on curved path have a "gap" when stroke width is increased
2
Adobe Illustrator: How can I draw lines from a shared origin to multiple points simultaneously?
0
Illustrator: Using 'Unite' Function in Pathfinder Window Creates Erroneous Anchor Points/Shifts Shapes
1
How to erase a part of a path without altering the stroke's prior design in Illustrator?
2
How to adjust the stroke width of an SVG path between two specific nodes?
1
How to join a path that connects two parts of a circle
1
Joining Lines in Affinity Designer
0
Deleting points on width tool not working illustrator CS6