How to add mesh (wireframe) effect to a figure in a photo?

In the 2 images below, mesh topography or wireframe drapes a woman (and two hands) in a photograph, creating a mixed media portrait composed of digital effects and photography. To a statistician, it appears to be an elevation-agnostic surface plot, but they wouldn't know where to begin. 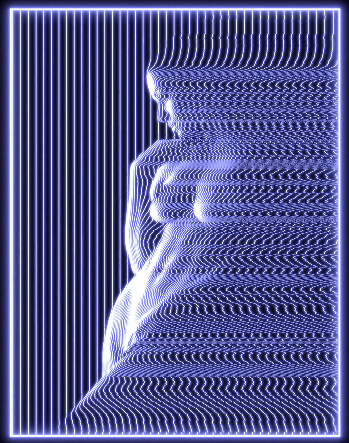 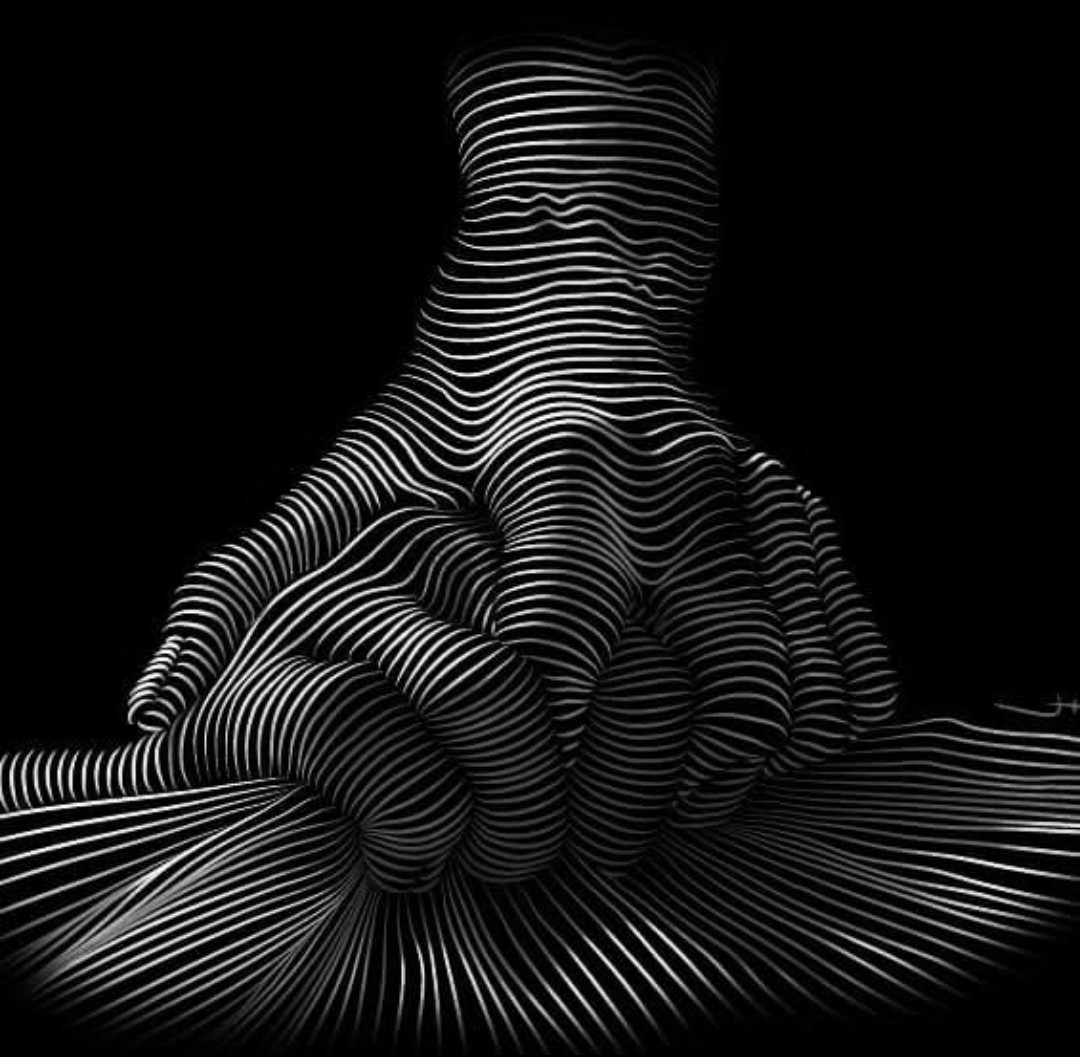 I think the two images are completely different processes.

The first image looks like it is just a custom dither process applied to a greyscale image as follows:

Process each line separately from left to right keeping track of a running value which starts at 0 at the beginning of each line.

At each pixel add the greyscale value of the input image on a scale of 0 to 1 to the running value.

Repeat this for each line and you get an image like the first image.

For constant grey at the left edge you get a regular set of lines which break up as you reach the varied grey values and then random lines in the grey space to the right of the image.

I don't know a graphics program which does that, but it would be simple to implement.

The second image looks completely different to me. If you had a three dimensional model and applied a texture of black with thin white lines you might get that result. I think it would be very difficult to process an existing photograph to get that result though. You would probably need to build a three dimensional model from the photograph and then use that. The second image includes shadows on the white lines, so that image uses a lighting model as well.

I do not know a term other than wireframe or mesh for this style.

pseudo code for the custom dithering:

assume an input image input(x, y) with greyscale values in the range from 0 to 1, and an output image output(x, y) where values will be set to 0 or 1

This will only work well for an image which has a uniform black/dark background, and where the subject of the image is of uniform colour lit from the side with a single light source.
In the sample image this applies as the colour is just one uniform skintone, with a single lightsource creating lighter and darker variations of that skintone in the image.
In this circumstance the greyscale corresponds closely to the three dimensional contours, so a simple process like this can give the impression of lines which match those three dimensional contours.

For more complex images you will get results which look more like the random lines on the right hand side of the image, or just dots without any recognisable pattern.

As Timothy said, these effects require two very different approaches. There's no real glitching going on in either effect.

For the first effect, you can use this approach outlined by Louis Hoebregts:

How to create the second effect is not as clear to me. I see two potential approaches: