I am kind of confused about something. why there are two opacities in photoshop? are they same? or different? thank you.

The top one is the tool opacity. In your example it's the opacity of the gradient tool. Those options along the top are the tool options. There are also different options available for other tools depending on what tool you have selected.

The one shown in the layers panel is the layer opacity - i.e. the opacity of the selected layer itself.

I also see that your gradient is actually formed by using a layer mask on a solid purple layer, and so black areas in the layer mask are also transparent, white areas will be opaque, and grey areas semi-transparent.

There's also another level of opacity/transparency available to you within the gradient itself. You can actually change the opacity of a gradient stop. 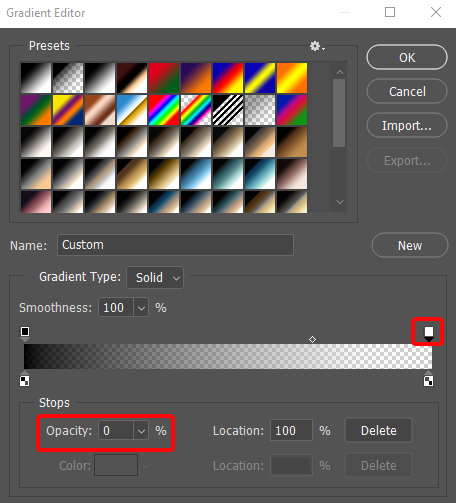