How to create an outlined drawing of a map or easily turn a Google Maps screenshot into one?

I could probably figure out how to do one, but I have to do like, 30 of these and I want to learn how to make it quick and painless. My first thought was using Live Trace in Illustrator, but I'm not terribly good at that yet.

Essentially I want streets to be in black (and at similar relative thickness) and the rest of the map to be white.

A good answer can simply be a link to a tutorial that I haven't been able to find via a Google search (if the tutorial gives me the right information).

I'm quite sure I'm leaving out some information you need to know, so please ask for clarification in comments. Preferred software is either Photoshop or Illustrator CS6.

How can I create a stylised, outlined map?

So I just got an upvote on this and had an inkling that this might be a tad outdated and turns out it was.

As far as I can tell the wizard in my previous answer (↓) has been scrapped and has been replaced with this new Styling Wizard.

Here's a link to the API doc, if you want to read a bit more on the coding side of things. And some info on where you get the API key.

I also found a 3rd party service called Snazzy Maps, which does pretty much the same thing but serves as a gallery of community made styles

It does have pretty good instructions that show up when you open up the website. Those instructions can be accessed at any point with the help button at the bottom of Map style panel ( shown in the image below ).

Below are the styles I used to create the static map on the right ( and in this link ). 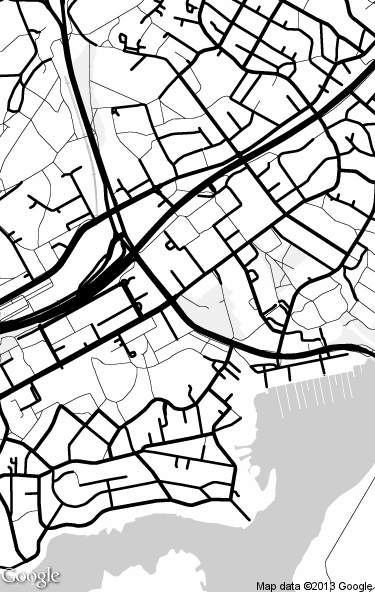 Assuming there isn't a reason why it has to be the Google-copyrighted maps you use, I'd use OpenStreetMap for this (the open source wikipedia-style Google Maps alternative).

They're virtually identical but their license (Creative Commons Attribution-Sharealike) explicitly allows this sort of thing including for commercial work, so long as they're credited and you share the work you make with their data under the same licence, whereas Google are strict about usage of their maps unless you pay for an expensive license.

You can also output vectors, but the downside is, as is often the case with open source stuff, it's not slick and takes trial-and-error to get it all working...

Edit: the earlier version of this answer recommended using Open Street Map (OSM)'s export to PDF and SVG tools. I'd now recommend against fighting with these: they're junk. Not only are the files produced a mess (see edit history for examples - and the latest don't even open for me), but the tools almost never work, failing with a hopelessly misleading error message about "server load" being too high (<25), recommending trying again in a few minutes - but the server load is always far over 25 except for a few hours in European night time (and even then not all days).

There's a wiki with loads of alternate options, but all of these I've tried either don't work (many of them), don't work for anything except a close up of a few streets (MapOSMatic), give grainy pixel images in a PDF rather than actual vectors (Field Papers and Walking Papers), or where the "installation" process is more like configuring an entire server (most of them)...

There is however one process which seems to work: 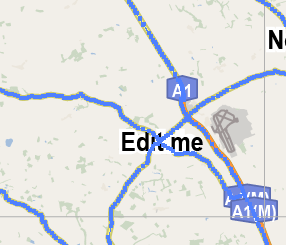 Note that if you want real vectors you must download then open the export from OSM rather than just browsing around in the default map that shows when you load up Maperitive - else it'll give you a fake SVG full of chopped up low quality bitmap tiles.

Another note - sometimes it doesn't actually update the file. If the file isn't changing, make sure you don't have it open in anything, and wait a few minutes between exporting and opening.

In addition to the great suggestions already mentioned take a look at http://openvectormaps.com. I created a library/directory of free, high quality city maps that are editable and layered. Choose from either .SVG or .AI file formats for use in Adobe Illustrator or Inkscape.

Simplest answer if you are good in illustrator.

Not the answer you're looking for? Browse other questions tagged resource-recommendations automation maps cartography or ask your own question.

1
Fastest way to custom design a race course map?
1
Is there an easy way (a pattern or plugin) to create urban maps? Inkscape preferred
0
Convert a map image to black and white

11
How to create a customized city map
5
Illustrator variables / data-driven documents: how to batch-export one file for each data set?
20
How to create a map in Photoshop with hills?
0
What methods to use to create a city map with buildings footprints and import into Sketchup?
1
How do I create rigid links between objects to control distance (creating map in Inkscape)
0
How does one align two maps with different projections in GIMP or a similar program?