Just realised that it seems align stroke to inside and outside only works on circle and rectangles in Illustrator. I have tried to put a stroke on a path or any line but it the option becomes greyed out? I know offset path can be an alternative. 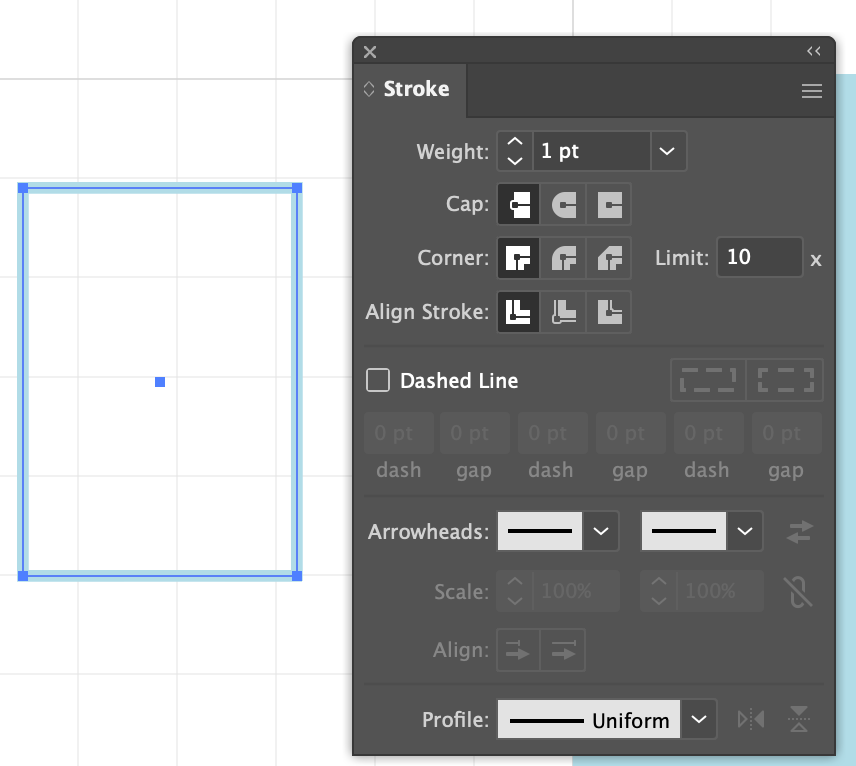 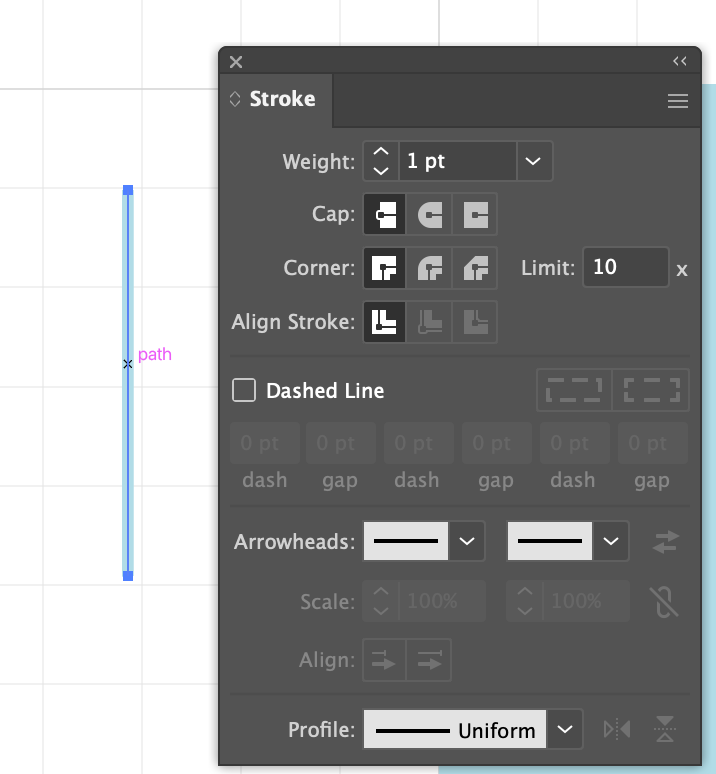 Illustrator design team has made an decission that open paths can not have aligned strokes. Similarly they have decided that a open path gets offset on both sides of the path as if it was stroked.

Since a line is a open path theres no alignment.

Anyway there is no real reason why a software couldnt offset open paths just onto one side. Many, CAD applications have no problem doing this by default. But illustrator is designed with a heavy assumption that closed shapes are the only shapes you should be working with. For example shapebuilder tools cant work on lines just outlines (its not untill shapebuilder that they even recognize its a pissibility, even then a secondary consuderation). So there is an assumption of you designing outlines. True or not.

Anyway, it is a valid way of designing a software. Likewise stroke side is a residue of pixel snapping per pixel, not per half pixel.

2
Illustrator CS6 - All stroke options in right gradient panel are unusable
1
How do I give text an offset path in Illustrator?
1
How can I make my stroke stay inside the corner in Illustrator?
4
Illustrator: can I align an open path to either Inside or Outside
0
Can I align a stroke to the inside of a shape with "Apply gradient across stroke"
3
Python library to expand type and offset paths like Illustrator
0
Inkscape's "Stroke to path" produces hole in the middle
1
Illustrator: wave background with custom defined strokes
0
Illustrator - stroke disappears in Draw Inside mode
0
Object Expand command greyed out in Illustrator 2022