Ask Question
Asked 10 years, 9 months ago
Active 10 years, 6 months ago
Viewed 1k times
0
This question is unlikely to help any future visitors; it is only relevant to a small geographic area, a specific moment in time, or an extraordinarily narrow situation that is not generally applicable to the worldwide audience of the internet. For help making this question more broadly applicable, visit the help center.
Closed 9 years ago.

Ok, so I got a logo that's made of group of compound paths with appearance, I've already Expanded it once, so appearances (strokes only) are separate paths, and what I'm doing next it taking all the objects from the whole document and expanding them so there's no appearances or anything that wouldn't act 100% accurate while scaling.

Then, something unexpected happened. (The image is from a small portion of a poster, containing an obvious problem.) It seems as if the outer path of the O in PARTIO wouldn be open ended, but it's not. Both, the inner and the outer path of the O are two anchored paths. BTW, tried "outline path" as well as Expand, didn't make any difference. It just breaks. 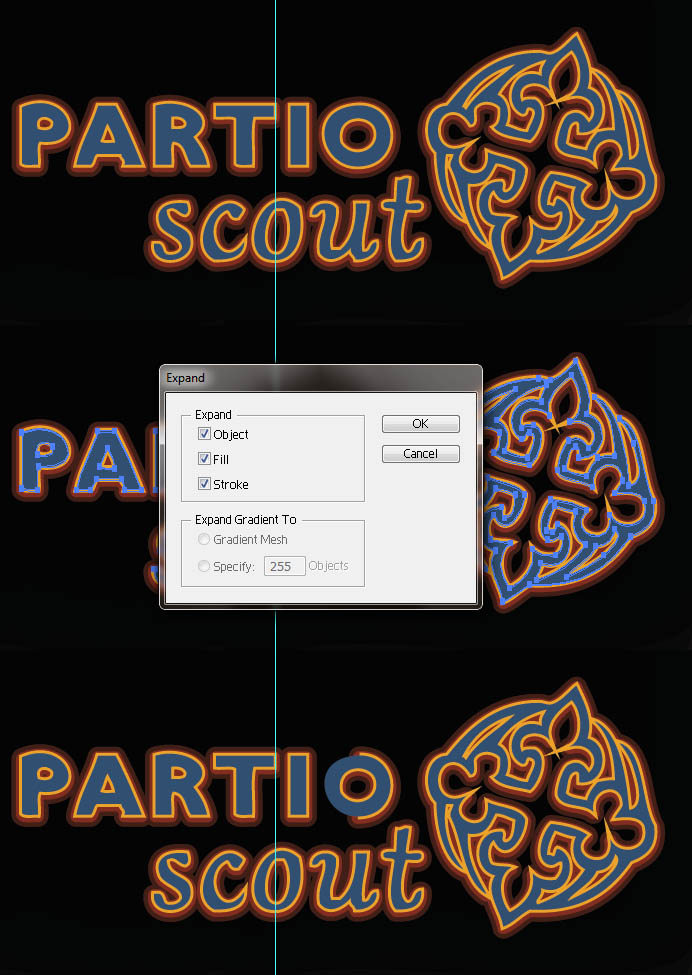 After a little bit of experimenting, I noticed that by adding third anchor point I can prevent the breaking, so I guess this is just a bug, and can't be helped, but can't be sure. I'll provide a picture here with the problem in detail and the workaround: 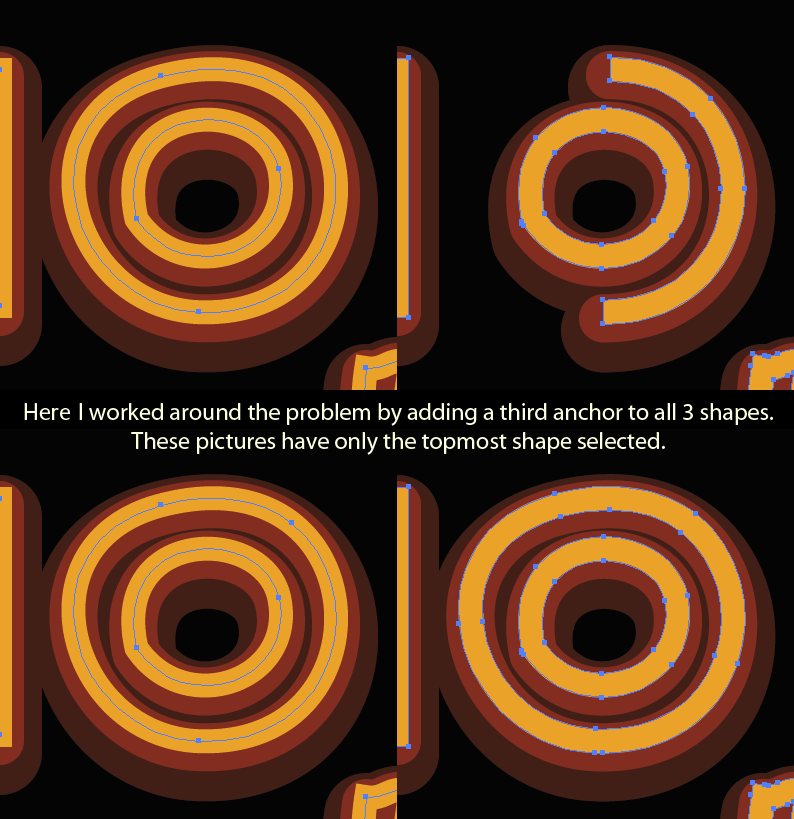 I applied the third anchor to all of the 3 shapes, approximately to the same point, and it worked wonders. Only thing is, what if I had a blend of 1000 steps, would I go all the way? Hmm.. not unless it paid really well ;).

That is a bug. Report it to Adobe here.

1
How to prevent wireframe art from having sharp point in Adobe Illustrator
0
Too many compound paths in illustrator.. need to merge and delete from an object
6
Why can't I merge two points?
3
Joining Paths to form closed shapes
3
Define a different color inside and outside a Compound Path
1
Why can't I change the position & size values of a certain path to exact values?
0
How to add gradient on overlapping paths? Is there a way to combine overlapping paths to a single one?