Design pattern for assigning items to two buckets/lists, where items can be in both, one or none

I'm sorry I could not name this question any better -- if anybody knows of a better term to refer to this by, please let me know. I'd be happy to edit my question.

At any rate, I have a design problem i'm trying to solve for and need some help in terms of resources, sites i could use for inspiration, etc.

I have 10 items in a list. These 10 items must be assigned to two buckets. I need to make sure that the 2 buckets can be toggled at any time. However, I need to make it explicit to the user that I'm assigning items to the individual buckets. These items can be assigned to either bucket or both. Is there any good design pattern or anything someone could share that best shows how to solve for this problem?

This clearly fits better in UX.SE. But I'll give my two cents in either case.

There are some flaws with the question, one of which being what the carrier of this system you're designing is. Whether it's mobile, desktop or both.

I also read it like you want the list to be consistent, and not be separated between the buckets. Therefore I would suggest to simply use a selection control in that list which clearly tells the user what bucket(s) an item belongs to.

In this mockup I've used a segmented selection control, which is usually used for featured filtering in lists. It really works the same way as a checkbox selection group, but with a much more vibrant visual feedback of state to easier read out how a list's items are distributed state-wise. 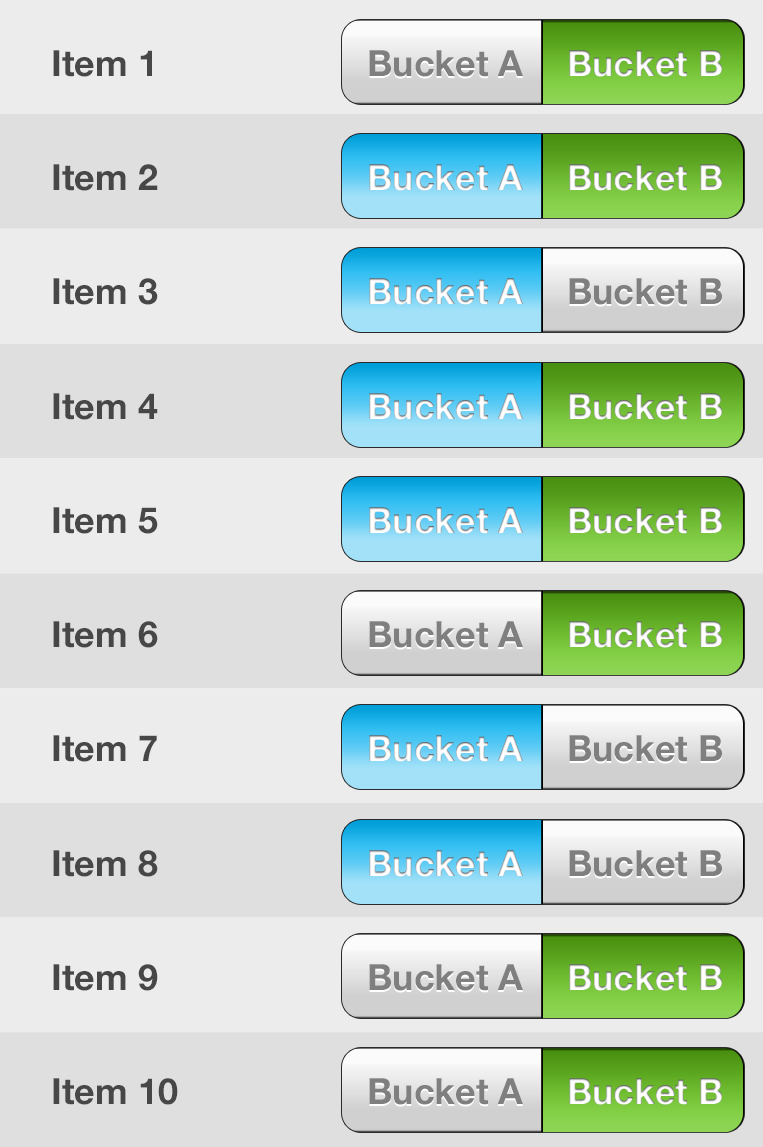 This is just a quick mockup to show a design suggestion of how to solve your problem and to give you an idea of what you could do.

Not the answer you're looking for? Browse other questions tagged interface-design or ask your own question.

1
Tool for UI Designer where you can see distances between elements
0
What is the name of this realistic design style and where can I find tutorials for it?