What is the GUI style called that is commonly used in sci-fi media?

What do you call the style, trend or design commonly used by bodies mentioned in the title? I always see these designs in sci-fi movies and dashboards used by FBI or CIA. Do you know any toolkit using it? 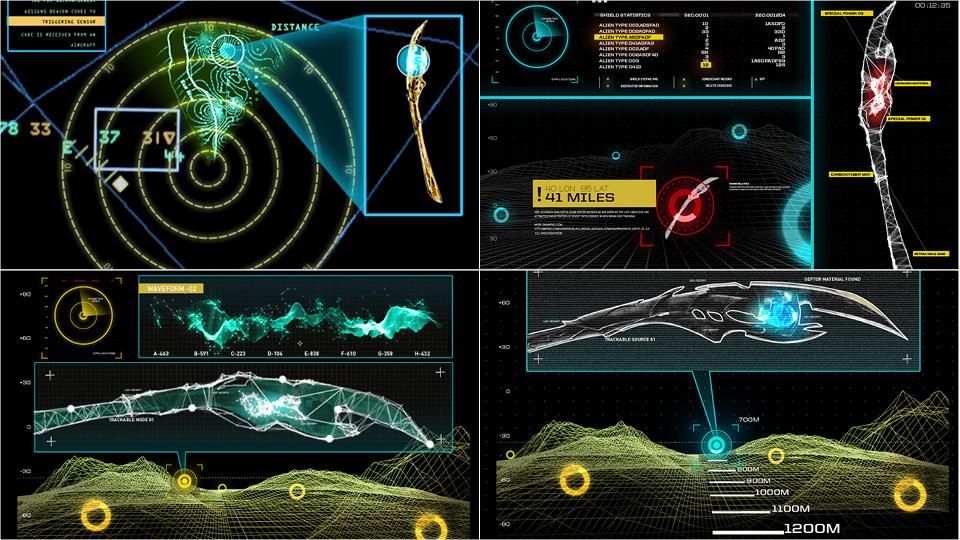 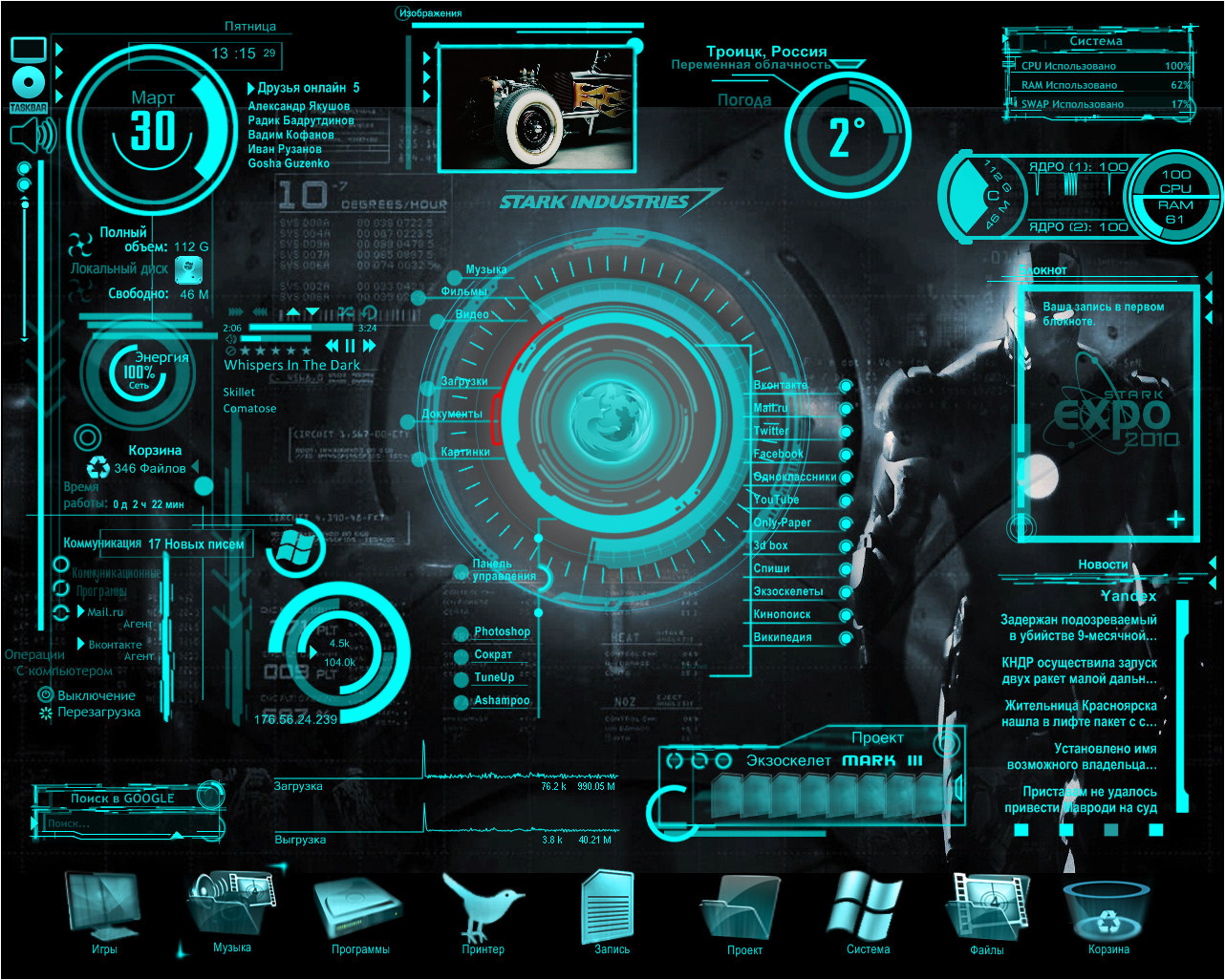 These types if Ui designs are commonly created using Adobe Illustrator and then brought into Adobe After Effects for creating the video portion of the elements making them appear "in use". I don't know that they have a particular term or designation in regards to a theme.

They are in fact static short film clips and never truly functional UIs. Directors and film makers can not afford to have an actor mess up a simple UI task. So the UIs are added to the actor mimicking motions in post production.

Here is a link to a PDF from Adobe explaining the processes for the Iron Man UI.

If you have evidence that such UI designs are actually used in real life, I'd be interested to see that. As far as I'm aware, they are always fictional.

I cannot speak outside of my own limited experience. I worked at a company that designed some of the GUIs for the U.S. Federal Aviation Administration (FAA) products. Actually, that's not quite true... we designed mock-ups used by our software. The final product was going to be shipped to the FAA, and their in-house designers were going to customize it from there (possibly throwing out everything we did and replacing it with their own graphics).

That being said, the company also produced a very similar product for airport towers outside of the FAA's jurisdiction. Most of these international customers received a locked-down version of a GUI that was locked down by us. I believe it was originally designed by a contractor hired specifically for that job. The designs were tweaked until the company liked the looks, and then that became the GUI. In our products' case, the controls were based off of familiar standard aircraft cockpit meters and controls, so that they would look familiar to pilots and air traffic controllers.

From my limited discussions with FAA personnel and some contractors who had worked with other U.S. agencies and departments, all of this was a fairly typical process. So, in short, there's probably no standard that exists across a wide range of implementations. Each project (or at best, each agency or department) defines its own requirements based on documented needs. In some projects, that comes down to the whims of one or two people. In other projects, it could be a large committee that takes years to decide.

In movies or on TV, I would think that it comes down mostly to the artist, production designer, director, and maybe the producers to decide what they think fits the story they are trying to tell.

This is more about film codes than it is about UIX principles. Film has always used certain symbolism and semiotics as a sort of shorthand to denote more complicated meanings. From broader sets of acting conventions sometimes called the "Hollywood realism code" to things like "To indicate miami, palm trees and flamingos". Yellow hued color grading indicates "warm", safe, comfortable and blue color grading indicates "cool", tense, dangerous. You get the picture, its a small symbol to stand for a larger concept Likewise "This stuff is in the future!" has its codes too. In the 60s and early 70s, giant metal boxes with hundreds of flashing and booping lights and switches meant "Future stuff". Later in the 80s, computer terminals and that cool square font with the blobs at the bottom meant 'future'. In the 90s, hackers and flashing spinning computer graphics.

And now in the 2010s with the 'stark' ui,"laser" blue holograms and hand gestures. In truth this UI would be pretty awful to use, theres not a lot to make it easy to recognize features, a lot of the writings too small and the graphs too big. Compare to the old Star Wars "LCARS" UI. That was actually really damn well designed for the 80s, from a UIX perspective. But the important part is it looks cool and you think "Yay future man!".

Back about 10 years ago I started on a project that would allow TV and film people to build UIs from visual source material and then sort of script it to work just enough that actors could interact with it convincingly, and graphics designers could design it up with whatever their art direction was. Never got around to finish it, and a key technology, realtime motion capture to get the fake hologram swiping stuff working wasnt there, it is now. I should have, could have made some nice cash off it too. Thus I bequeath the idea to the universe, get your coders to make that software, and next time your in town, give me a joyride in the learjet. Or a job.

There is no "toolkit" as it is pure work of fiction. I could name photoshop and video editing software I suppose.

In reality, the software you mentioned looks more like windows 3. Why is that? Software like that has to run for 10 years or more and has to be as simple as possible.

The first one seems fiction, but something like this is already made by yose here.

The second one seems real to me, made with rainmeter just grab some skins and make your own.

Not the answer you're looking for? Browse other questions tagged interface-design style-identification or ask your own question.

4
How to design a modern/slightly futuristic-looking application?

2
Name for florid corner style on a fantasy game site
1
What is the name of the style used in the default Windows 8 lock screen?
7
What is this woodcut / engraving like / illustrative design style called? (as seen on the US dollar sign)
3
What is this design trend/style called
0
What would you call these illustrations' style? Minimalist?
13
What is the correct style that describes the following images
0
What is this type of design called - mobile app