Is there a way to sort fonts inside Photoshop, as “serif,” “sans-serif,” “script,” etc.? 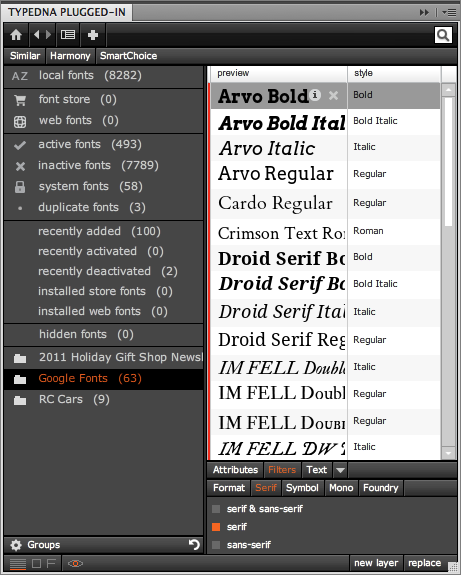