How do I curve a vector line in Fireworks?

I've been using Fireworks for a long time, but mostly for basic edits and web exports. I want to do more with it. I'm just trying to create a vector version of the Dribbble logo entirely in Fireworks, but I can't seem to figure out how to curve a line. I tried the Freeform and Reshape Area tools, but they just yank out the line from the middle, instead of curving the whole line. I want to know how I can bend the line as if it was a thin metal strip. 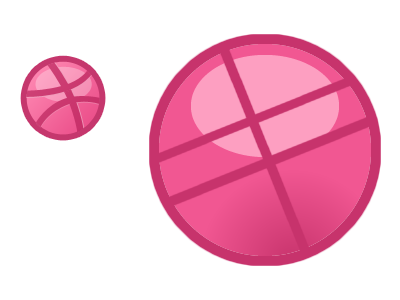 I have achieved similar results before, but to do that, I would draw another circle on top of the main circle and then perform a union, punch or interesect or a combination of those to get what I want. I'm pretty sure that's not the way to do go about it.

I'm more of a Fireworks and CorelDRAW person than a Photoshop and Illustrator person.

Update: I read up and figured out that holding down 2 (or the right arrow) while clicking on a path using the Reshape Area tool lets me adjust the diameter of the selection circle, so I made that as big as the ball and achieved the following result: 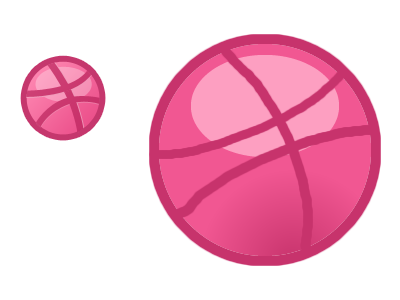 Progress, but still a long way to go. As you can see, the path seems to have been broken down into a hundred points, causing the curve to look more the coastline of a beach on a world map. How do I get a perfect curve?

Actually.. if you look at the picture again, the curve almost looks hand-drawn now. :-(

Assuming you've drawn the line using the Line tool(N), you have a path with a point at each end. To make a shallow curve, you can just add a new point in the middle: 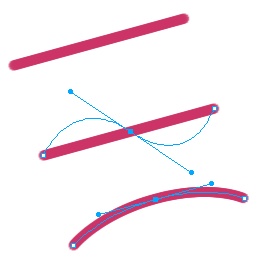 Click and drag on the line using the Pen Tool(P) to pull out a new bézier point. Line the handles up with the existing line so that it still looks straight, then select the new point using the Subselection tool(A) and move it to give the line a curve.

Alternatively, you could click and drag on the existing points using the Pen tool to curve them individually.

Not the answer you're looking for? Browse other questions tagged vector logo shapes adobe-fireworks or ask your own question.

4
Should I start with Fireworks, or is Expression Design comparable?
0
In Adobe Fireworks CS4 how do I change document dimensions without cropping bitmaps contained in the document?
3
Export SVG function in Fireworks only creates outline
1
How do I combine a line and a circle
2
CorelDraw - end line at the circle edge
0
Clip raster image with bezier curve shape in Inkscape
1
How to place a perfect curve to join two circles together?
0
Creating an arc/arch or semi-circle without the diameter line