What type of information should a logo display, or what makes a great logo?

For example, for a tech company, should one be able to look at a logo and immediately see 'tech company', or whatever niche that company may provide\service? Also, is the color scheme important as well? There may not be a way to say 'high tech' by the color scheme but should that be taken into consideration? Should the entire name of the company be included into the logo, or does initials with an image suffice?

To be practical, when I see the linux penguin now, after having worked with linux, I think of linux and open source in general, but if I've worked with linux I wouldn't know that from the freaky guy in Apple's July 1976 ad.

It's no secret that logos could tie directly into branding, but do they have to? Of course Apple's logo does, but Microsoft's doesn't (how many people really look at it and see a window?), Android's is somewhere inbetween when you look at the name separate from the robot,

Of course all startups won't grow to be as big as those but I think those are good case studies to consider.

Another is a description I pulled describing the MGM Grand Logo: 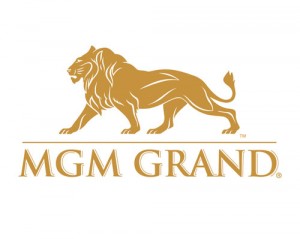 This elegant, poised lion on the prowl symbolizes MGM Grand, the “City of Entertainment”, while the name written underneath in bold and all-caps indicates the dominance of the company. Their first logo was borrowed from a 1968 stylized version of MGM’s Studios logo of a lion head, which then gradually evolved into this muscular full-body lion.

note: I originally asked this question on OnStartups, but after the inactivity and seeing this site, I feel it's probably better for this site.

To answer all the individual questions you posed:

A common reference for the general 'intent' of a logo is Paul Rand's classic paper on the subject:

To quote a part of it:

Here’s what a logo is and does:

A logo is a flag, a signature, an escutcheon.

A logo is rarely a description of a business.

A logo derives its meaning from the quality of the thing it symbolizes, not the other way around.

When I was coming up with a logo for my club, I was thinking about the things mentioned in most books on graphic design like its sense of identity, and use.

One thing I learned after coming up with a lot of concepts that ultimately went to my trashcan was that your logo needs to be a simple one, that can easily show people 'what you're about'.

There are tons of ways you can implement this idea. 'Simple' means it shouldn't be a rendering with a ton of detail and the color scheme should be limited to 2-3 colors because it helps your logo look consistent while being pleasant to look at. Think about the Apple logo, Pepsi, Internet Explorer or even Stackoverflow.

In terms of identity, that is completely up to you. You have to think about what you want your logo to 'convey' to a viewer. The apple logo is an apple, it conveys the name of the company, the stackoverflow logo is a stack curving out or overflowing, also indicating the name of the owner of the logo and so on. This is a neat thing to do; if you tie the logo to your name somehow, people will begin to connect that image to your company more faster.

Or you could just make your logo stylized initials, which can achieve the 'corporate' look very well. If someone is in school, you can include the school mascot (or linux mascot similarly) to readily appeal to a group of people.

A great logo will have identity and simplicity. It will depict something ordinary or very common but in a unique way that is not replicated anywhere else. It has sufficient interplay between the company's name/job and the image on the logo.

My advice would be to jot down a 'mission' statement of your team/company and then deliberate on what the tone of your logo should be and brainstorm on the most obvious and easy concepts.

Not the answer you're looking for? Browse other questions tagged logo design-principles branding marketing or ask your own question.

9
Branding a company that has no public identity
3
What techniques can I use to transform [brand name] written in a font into a recognisable logo?
18
Should a logo always work in black and white?
6
What can the favicon of a website be based on if the website doesn't have a logo?