Why does this “pattern” occur when i use the sharpen tool?

When oversharpening an image (w/o protecting detail) in Photoshop a distinct pattern emerges -is there a reason for this? does it maybe have to do with how the tool was coded? 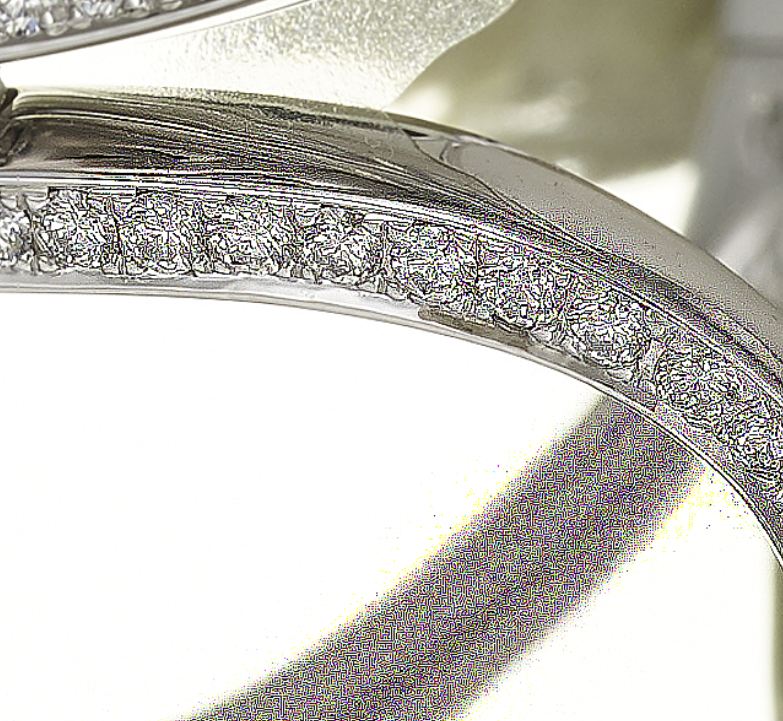 The slightly unintuitive name for what "sharpen" does is an "unsharp mask". There's a good explanation of the process here, but roughly the idea is to make a blurred copy of the image (the "unsharp" part), and compare it to the original.

There will be large differences near edges, and less of a difference where the image was already smooth. The magnitude of the difference is then used as a mask when increasing the contrast of certain areas, meaning edges get more contrast applied.

If you're referring to the maze-like pattern in your image, I think that's because sharpening repeatedly will start to over-highlight natural noise in the image which is close to the same frequency as the radius of the unsharp blur. Presumably the default blur is about a pixel or two in radius, so it's exposing the subtle one or two pixel wide ripples of noise which were there in the original.

0
Why does this happen in Photoshop (CS5) when repeating patterns?
2
Photoshop: Why does the Hand Tool icon flicker when choosing 'Add a layer style' from the Layers palette?
3
What sort of structure does the slice tool generate when exported as HTML?
1
Why does the clone stamp tool seem to be misaligned?
1
why does photoshop auto-rotate images when opening?
6
Why does a GIF increase in size when I add a logo although number of colors stays the same?
0
Photoshop CC 2017 - Why is lasso tool cropping image when used in Select And Mask?
0
Why does Photoshop change the position of my PNG when creating a GIF?
0
When importing this simple SVG into Photoshop it doesn't show anything, why?