Add a new layer to a set of button icons

A designer has created (for money) a set of button icons (Facebook, Settings, ...) for me, where all buttons have the same rounded rectangle outline: 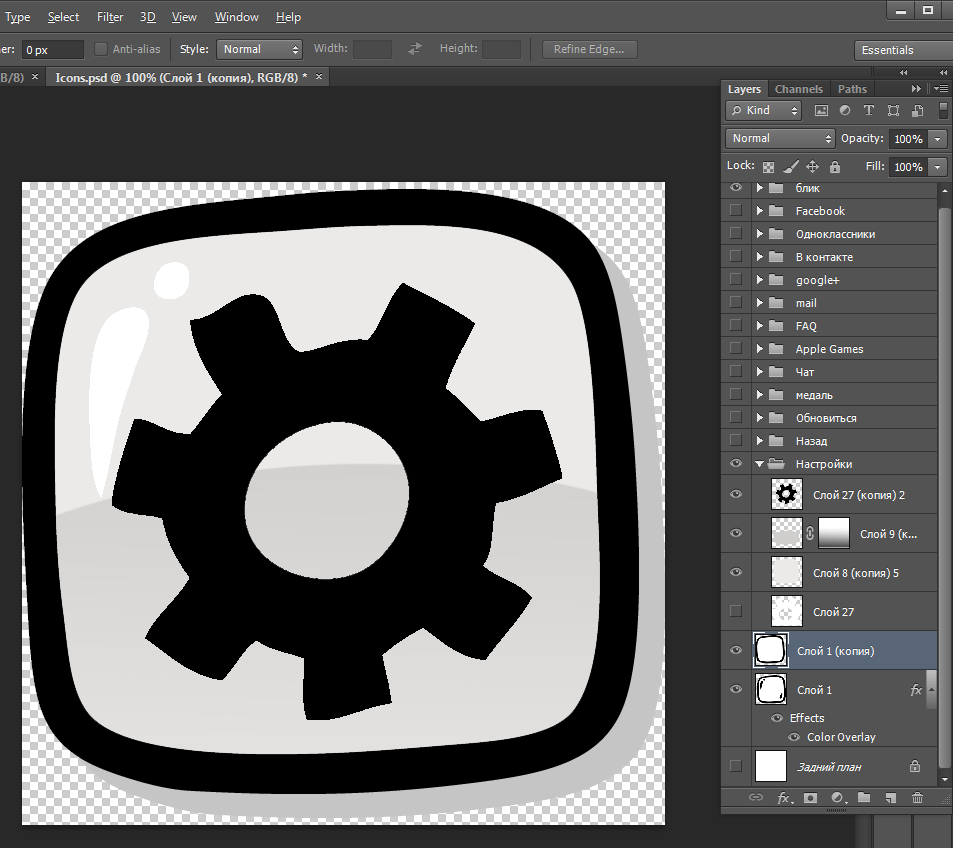 Now I need to add few more buttons, for example with a train picture - but the designer doesn't answer my mails since weeks (longer vacation? busy?)

So I am trying to do it myself, but being a programmer I know Photoshop even less than Gimp.

How could I add the train picture to the existing buttons? 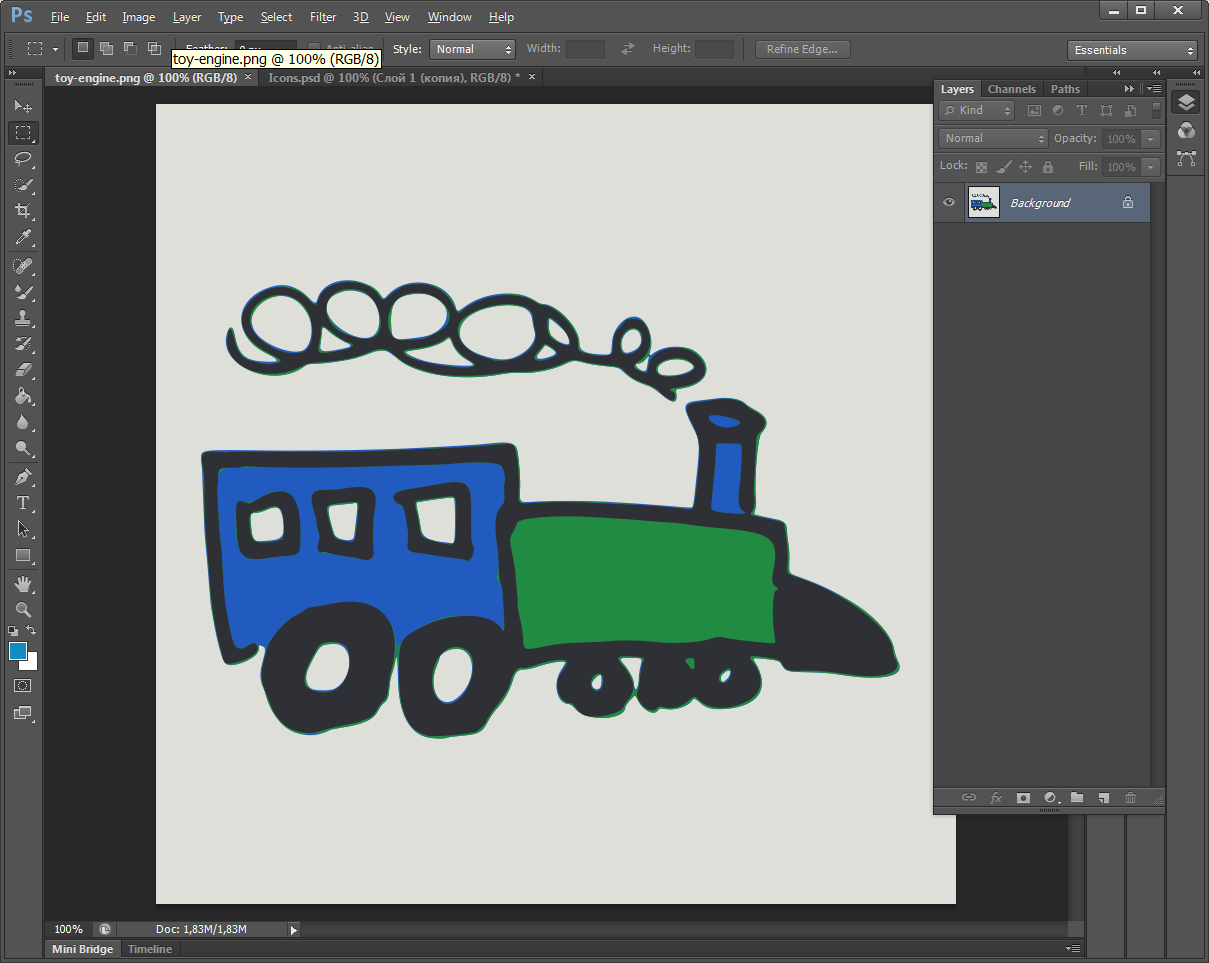 I've created a new layer and pasted the train there, but have 2 problems: 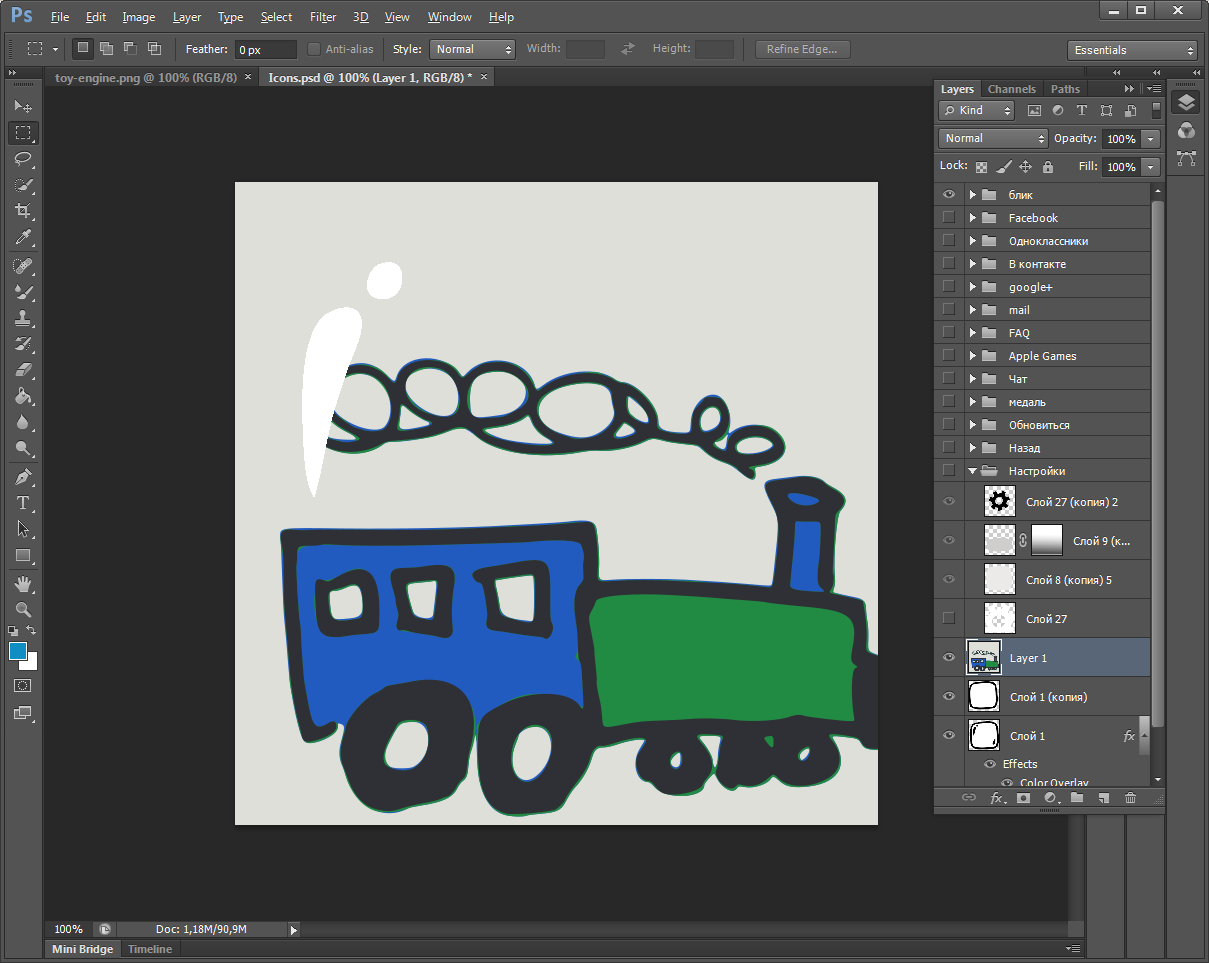 Any help please? Here is my psd file available for download.

To scale and move hit ctrl+T or "Free Transform" in the context menu. In free transform mode, hold shift when dragging to keep it proportunate.

The grey background is a little tougher and there are a few methods. The easiest is to set the train layer as "multiply" (found at top of layers panel) this treats White as transparent, so it won't work perfectly on a light grey background, but will get you close. You can combine it with the Select>Color Range tool, (select the grey). this will give you the selection of just grey. Once selected, go to Layer>Layer Mask>Hide Selection to hide the grey.

Of course, if you had the train image as a transparent .png, you wouldn't have to worry about any of that.

open your PSD (your designer PSD) and in the second tab open your image and go to your image PSD and click on train layer and drag to your designer PSD.and press CTRL+T and mouse right click and choose scale option and put you percentage % value.delete previous icon and export png. 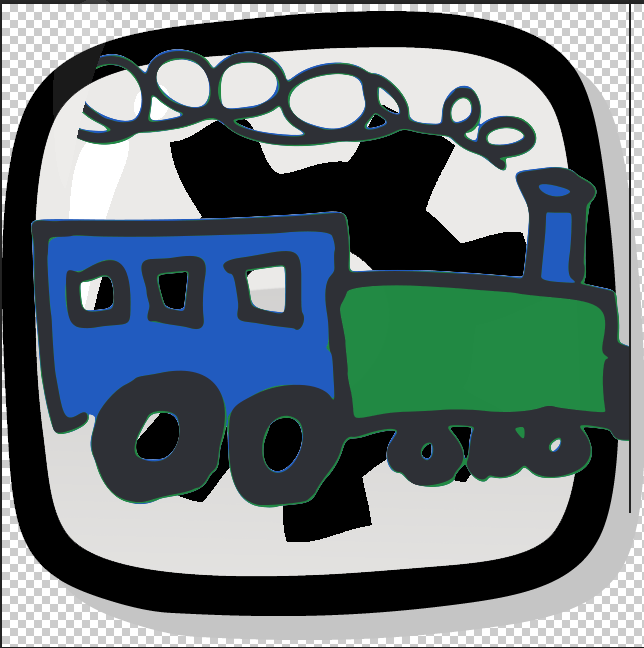 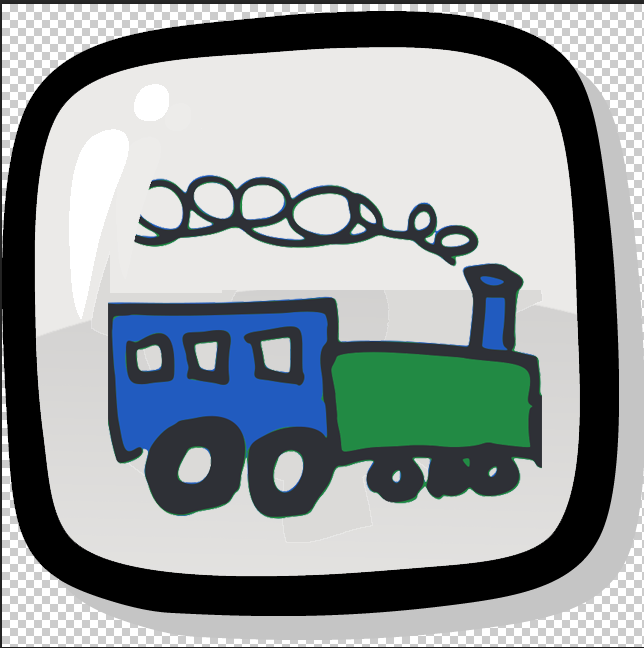 Not the answer you're looking for? Browse other questions tagged adobe-photoshop icon layers mask or ask your own question.

0
Create a repeating glare effect over a coin in Flash
2
License that allows me completely free commercial usage of images
1
GIMP: how to create a collage where the photos can be repositioned within frames?
1
Is it possible to make stroke only shapes in Photoshop without Stroke Path?
4
Krita: how to add imported image to a layer mask
0
windows 10 icons set
2
How to Preserve Object in Pdf File?
0
Illustrator: layer copied from a different file is always placed below an existing layer
11
Simple icon to represent 'presets'?