Should fonts always be very “formal” on a legal page?

I am working on a HIPAA page (legal disclaimers in the medical industry). I am including a screenshot of the bottom portion of the page.

I think this looks good but wondering if I should perhaps go with a darker font. I was also told by a tester that it "looked to casual." The actual font I used was 'Sintony.'

Also wondering if maybe I have too much margin in the footer and open to other suggestions. 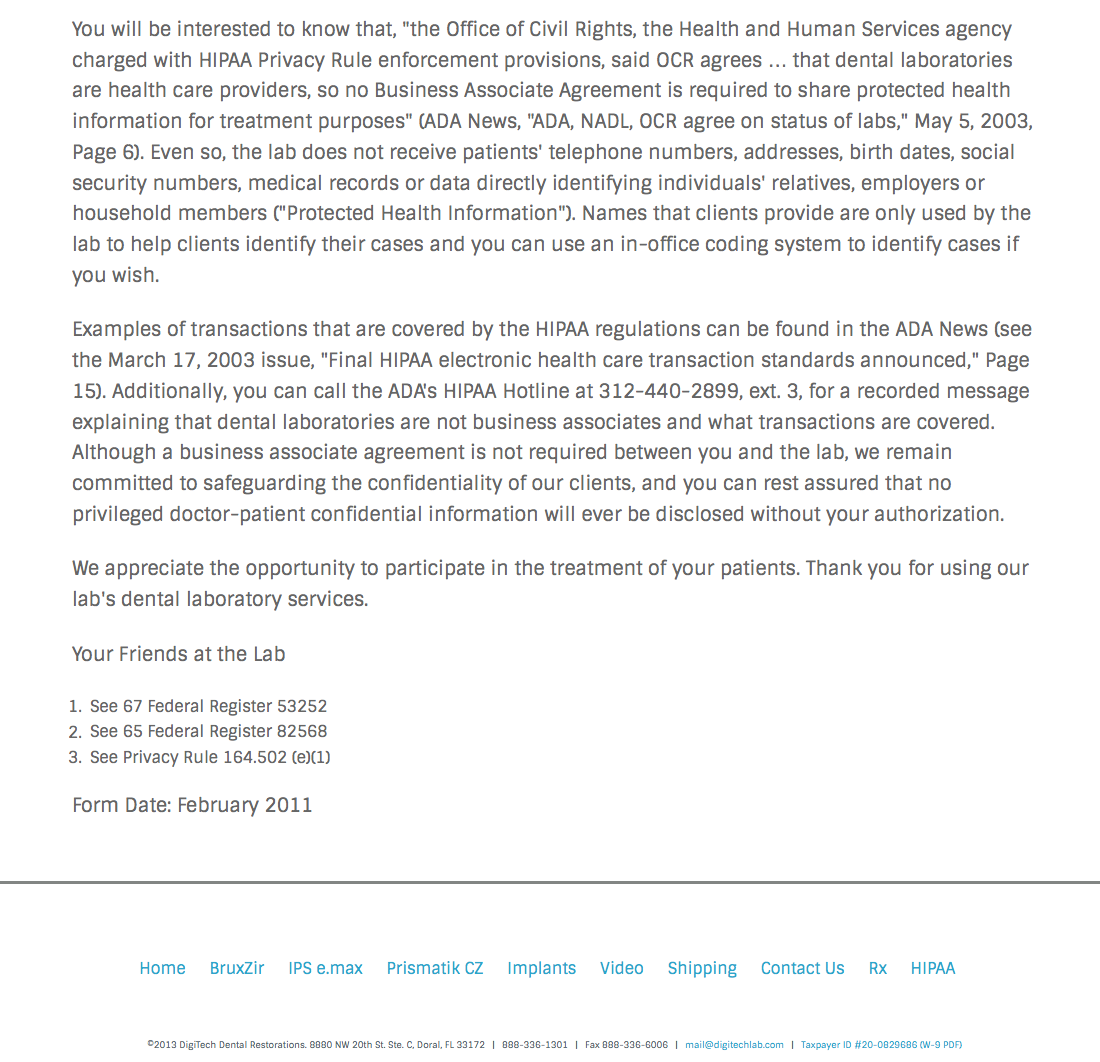 My initial gut response to trying to make something look formal is serifs. Did a search to confirm and found this:

Use a classical serif typeface when writing professional style documents. Examples of serif typeface include Times New Roman, Garamond, and Baskerville. These font styles are the most commonly used because they are styled best for readability of large bodies of text and add a revered professionalism to the document. These fonts have distinct main lines, which means that the main parts of each letter are distinct and easy to see. source: http://en.wikibooks.org/wiki/Professional_and_Technical_Writing/Design

I'm always in favor of more "fun" treatments of legalese, but depends on the client/project. Adobe Garamond is my favorite serif to use in projects.

As to going darker or not, I'd say yes. Higher contrast is usually easier to read. And since it's a legal document, they are more likely to scan rather than read.

Contrast is the core factor in whether or not text is easy to read. Good contrasts will make text easy on the eyes, easy to scan quickly, and overall more readable. On the other hand, poor contrast will force the user to squint and make reading the body text almost painful, not to mention a lot slower. http://www.smashingmagazine.com/2009/03/18/10-principles-for-readable-web-typography/

Snarky but pragmatic answer: It's legal text. No one reads it anyway. It's not even meant to be read. The typeface doesn't really matter.

Proper User Experience answer: Make it at least 12px in size, if not larger. Use a decent contrast.

Ideal make-believe-land answer: Hire a copywriter and have them work with the legal team to make this a human-readable synopsis, which could then link to a more detailed version if so desired.

I second the recommendation to make the text darker. Looking at the actual page, you're currently using 67% gray (#555555) for the text color, which is pretty light. I'd suggest going for something more like the 80% gray (#333333) you're using on other pages. The only real reason to use small print or light gray text for legal boilerplate is if it's sharing the page with other content and you want to de-emphasize it. That's not the case here (and the text isn't really boilerplate anyway), so there's no reason not to treat it differently from the body text on other pages.

Other than that, I see nothing really wrong with the page as it is. The only thing I see that might be taken as "too casual" is some of the phrasing of the text itself, such as "You will be interested to know that..." (gee, will I?) or the closing "Your Friends at the Lab". Not that I think there's anything necessarily wrong with trying to make legal text more friendly, but the rather abrupt variation in the formality level does clash a bit in some places.

Oh, and use a real sup tag for superscripts, don't fake it with spans and CSS. Or, if you do fake it, at least make sure it actually works. (It doesn't for me on Firefox 20; the "superscripts" barely rise above the middle of the text.)

There's a book called "Typography for Lawyers" written by Matthew Butterick that you should take a look at ($10 on the iPad). He also wrote a short article on choosing type for legal content.

49
What font types are good for a technical document?

9
Photoshop Fonts Always Italic
6
To What Extent Should Overused Fonts Be Avoided?
3
PSD fonts and Html Page fonts
2
Should I use specialist “titling” fonts for headings and titles?
1
How can I make these links more obvious to click on?
3
Oriya font with full support for traditional ligatures