I have added a Bezier line to the outer end of a spiral. (See comment for details.) After that I selected both, colorized them and gave them a small amount of blur (1.5%).

The problem is, that only the spiral gets blury, but not the Bezier line. 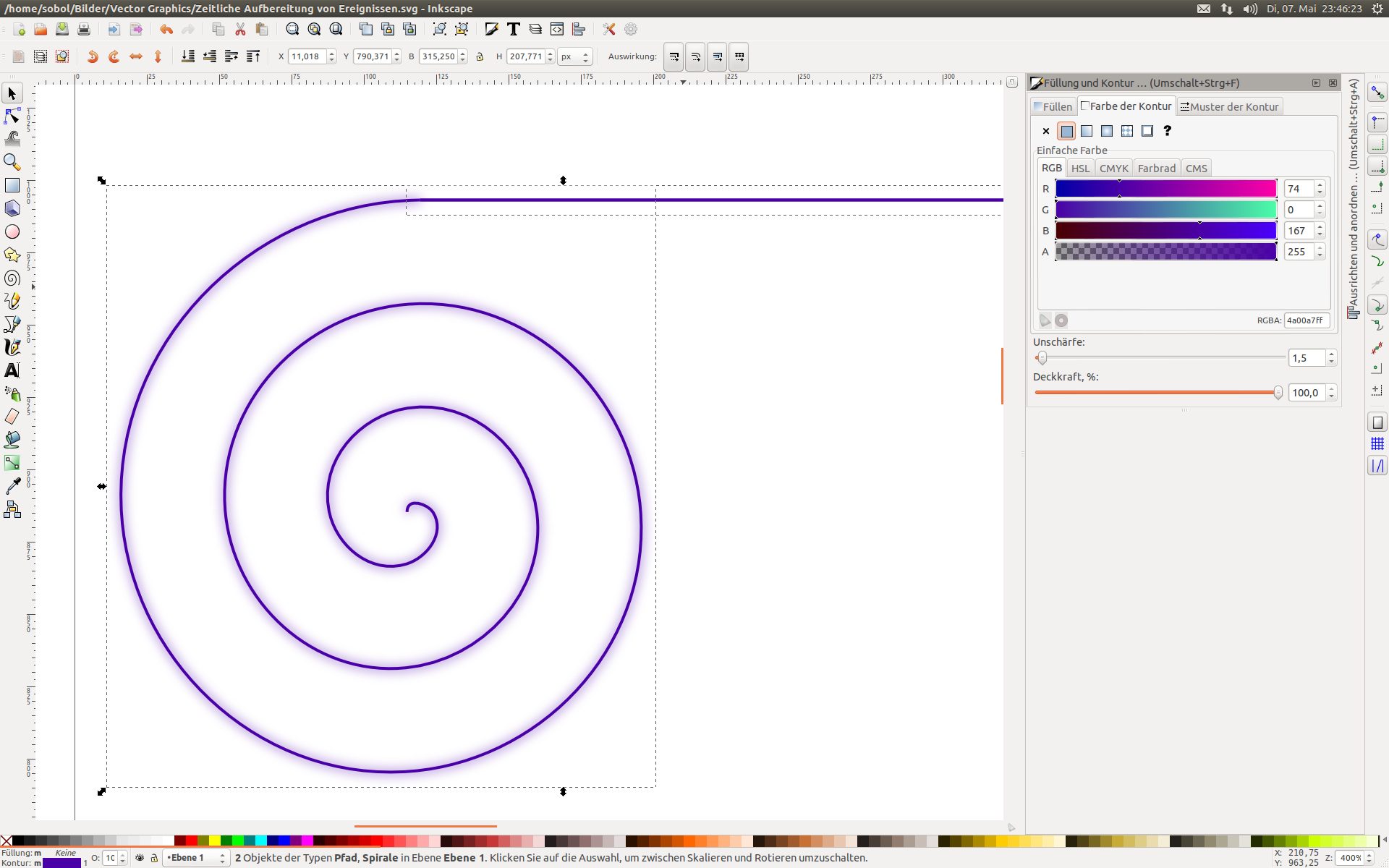 Nevertheless, if I move one node of the Bezier line somewhere else to the outer path of the spiral, select them both and apply a blur, both get blured. I moved the node with the Edit paths by nodes tool and enabled Enable snapping -> Snap notes or handles -> Snap to paths. 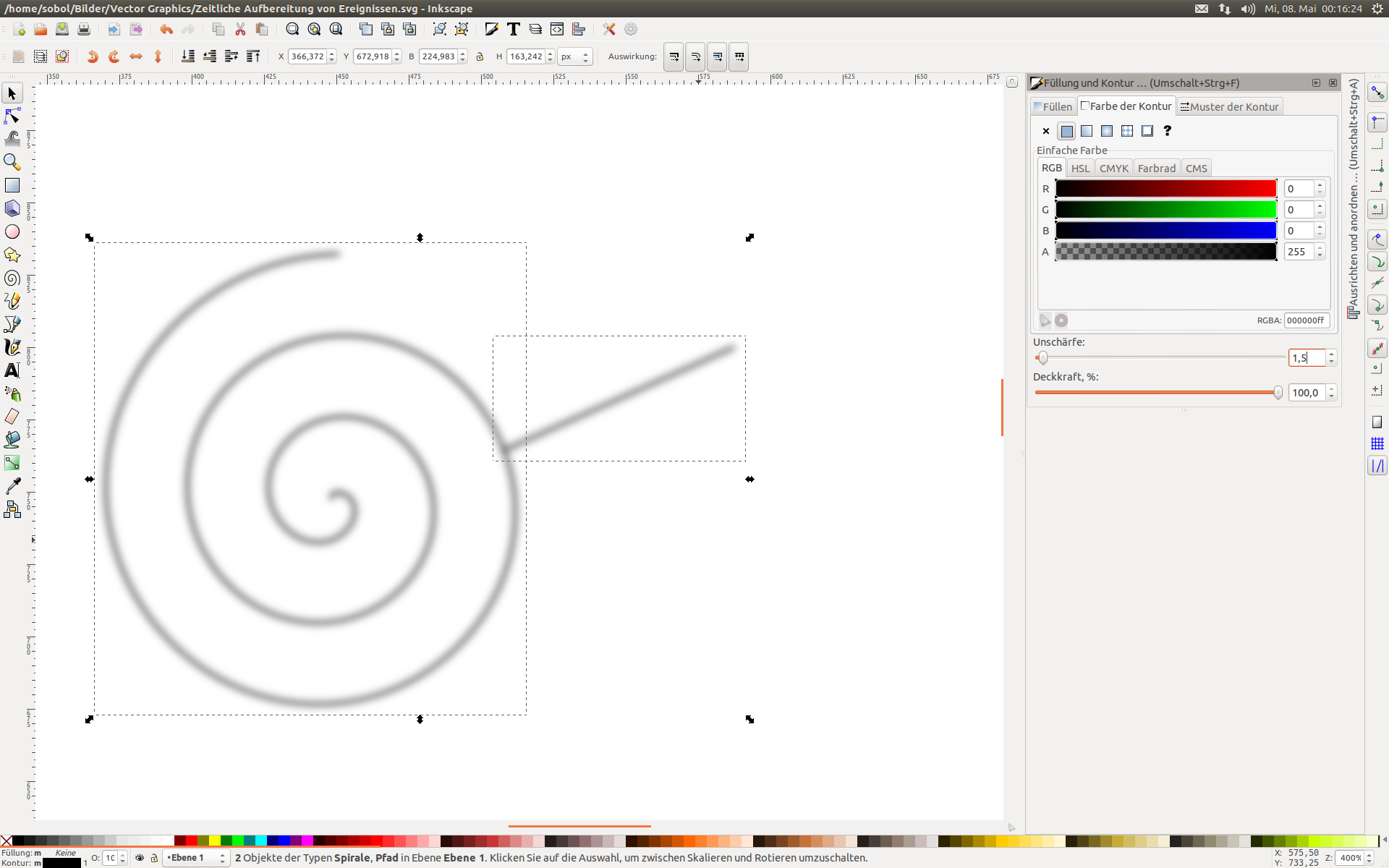 Next I can drag one node of the blured Bezier line to the cusp node of the blured spiral by hand and level the line horizontal, by entering the same y-value for the right node that the left node has. Now I can select them both and can change the blur of them simulataneously. By that I can achieve the result that I could not get by the first method. (See EDIT) 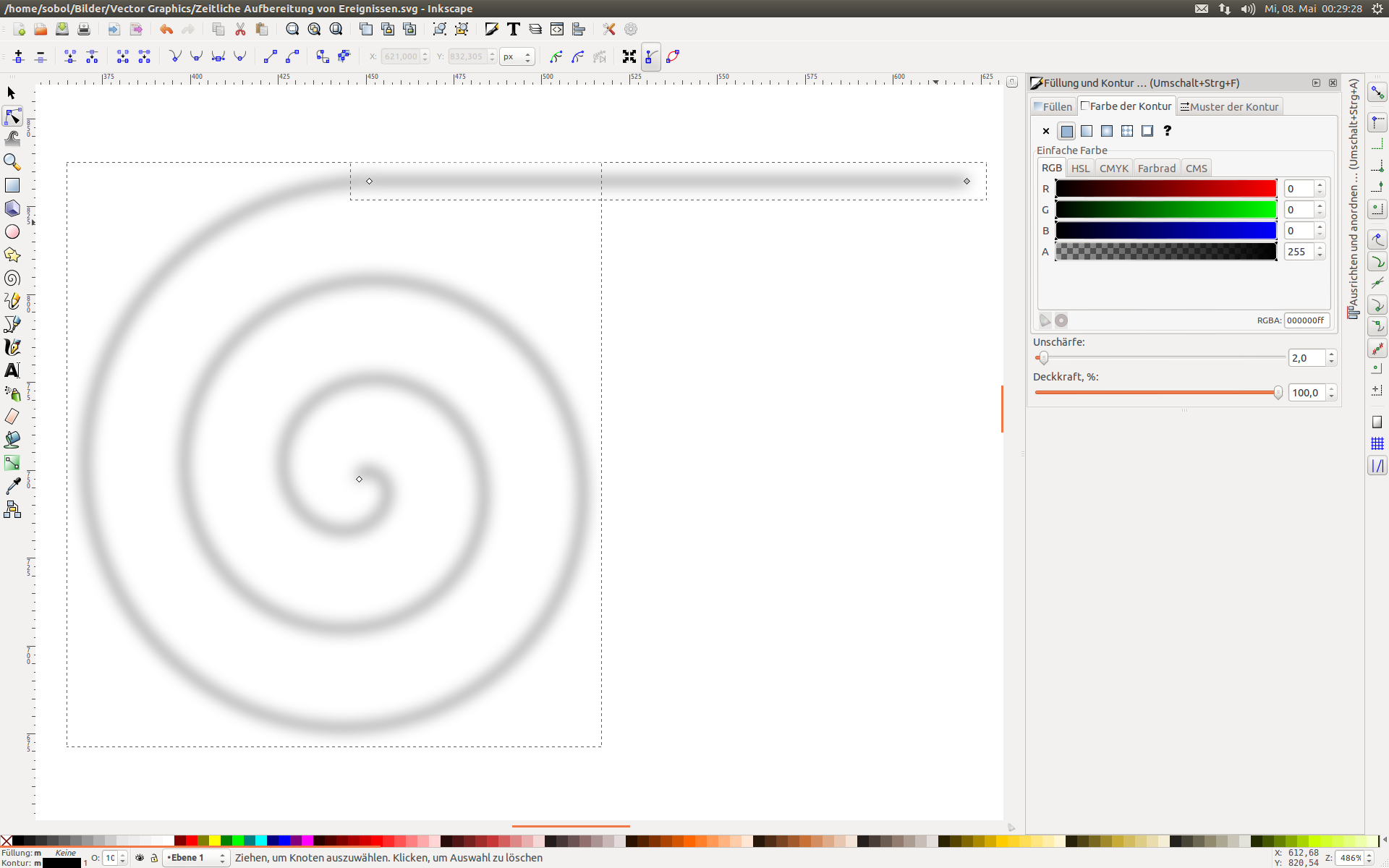 I would like to know, how I can blur both objects at the same time without all the effort described above, if this is not a bug.

[EDIT]: After messing arround with the problem for another while I realised, that the blur of the line only disapears, if I level the two nodes of the line exactly one the same y-values with copy and paste.
In my first try I entered the y-value of the left node of the line in the "y-value box" (at top) of the right line-node by hand, what probably results in not exact the same numbers as copy and paste does.
In my second try to recreate the problem, I copied and pasted the y-value from the left line-node to the right line-node and as soon as I did that the blur of the line disapears.

I could not find any information that this behaviour is intended by the developers. Thus I guess this is a bug and I will report it to them and write about the progress in here.

I got the following answer from the Inkscape developer ~suv:

Technically not a bug - a horizontal (or vertical) line has only one dimension, and the filter effects region thus too (i.e. the blur is not visible).

38
How to delete the path between two nodes, but not the nodes themselves in Inkscape?
5
Connector lines with knee (angle, multiple nodes) in Inkscape?
5
Join mid points of two adjacent paths in Inkscape
0
How to snap end points of straight lines to form connected triangles?
1
Why can are the handles of node only sometimes locked in a straight line?
16
Inkscape - Feynman Diagrams
5
Inkscape: Add nodes to circle drawn with circle tool
0
Align node relative to middle of object in Inkscape