How to create vector graphics In Photoshop?

I know people prefer using CorelDraw or Adobe Illustrator, but I want to know if there is a technique I can follow to use Adobe Photoshop to make vector Images.

Note: This answer was originally written back in 2013 when SVG was a "newer" option in Photoshop and prior to Photoshop having the ability to "export assets." Support for SVG has grown in the past decade. While I still believe Photoshop is not the proper tool if you want anything more than flat icons in vector form, it is possible to export SVG files which are 100% vector from Photoshop - see addendum at the end of the answer. I'd encourage users to try exporting vector constructions of varying complexity to SVG to see what may or may not be retained in the exports, if the SVG format is even viable for their workflow (which may not be the case.)

TL;DR: With the exception of rudimentary SVG exporting *(See addendum below).... Photoshop can not create true, 100% resolution independent, vector files in any other format.

This is a very common misconception.

Regardless of how you create a file and save it, Photoshop always saves both vector and raster information. Photoshop files are always raster files which may or may not also contain embedded vector data. They are never vector files.

A true vector file contains zero raster data and is 100% resolution independent. Meaning the file is not bound by any PPI/DPI setting.

You can't create vector files with Photoshop. You can only create raster files with some embedded vector data. This means there may be a vector square and its edges will remain sharp and crisp, however if that square has a gradient fill. That gradient fill is raster entirely in Photoshop and it will suffer upon scaling in an external tool/software.

Applications such as Illustrator, Inkscape, CorelDraw, Xara, Sketch, etc. actually can create files which contain only 100% resolution independent vector data. It's not a matter of "people preferring" to use a vector application. It's required if you want a true vector file in the end.

This is not to say that the vector tools within Photoshop are overall inferior, they generally are not. Although actual vector-based applications will absolutely be more robust where creation of vector data is concerned.

When you enlarge or transform a vector container within Photoshop, Photoshop interpolates the interior raster data to suit the transformation. That interpolation does not happen outside of Photoshop. So, after exporting/saving if one scales something like a Photoshop EPS in InDesign, the vector edges will scale and remain crisp because they are vector, but the interpolation of the interior raster data does not happen outside of Photoshop. So "broken pixels" are entirely possible with a Photoshop EPS even though you used vector tools.

This issue arises when you save the file or export the Photoshop file in all vector-capable formats - PDF, EPS, PSD - Photoshop creates a raster file with embedded vector data. Photoshop does not create a vector file. This is entirely unlike actual vector-based applications.

For production purposes, this difference may be largely unimportant if you are already working at a high ppi in Photoshop. But a user should be aware that simply using Photoshop's vector tools and saving as an EPS/PDF does not create vector files using any currently available version of Photoshop (CC2022 as of this writing).

There's been some comments regarding SVG from Photoshop. It is possible to export a 100% resolution independent vector SVG from Photoshop if file construction is correct. The overall construction of any such SVG generally must be fairly rudimentary and without any layer styles, filters, blurs, etc. SVG only works if files are as "basic" as they can be, containing only flat fills/strokes and without complex shape interactions or masking. In addition, whether or not SVG is a suitable format for any particular reproduction method may be another matter. However, if one wishes to generate something such as flat, one color, vector icons, Photoshop may be suitable if the SVG format is used when exporting. However, there are still some strong limitations as to what can be created for a viable vector export.

I would caution though.. if the goal is to generate true vector files, one really should be using a true vector application. While I love Photoshop and it certainly can create many, many things. It's not the be-all-end-all for everything. Photoshop can export video as well.. but its abilities pale in comparison to dedicated video application, just as they pale in comparison to vector apps. If you wanted a robust, intricately edited and produced video, then Photoshop would not be a tool to use instead of something like Adobe Premiere. You'd use Premiere for anything more than very simple video edits, just as you should use Illustrator if you want more robust vector files.

Chippin' in, in case anyone still wants to create vector elements in Photoshop (to use with raster images, for example, or for any other situation).

The tool Photoshop has that allows you to work with vector graphics, is the Pen Tool. The basic operation of the Pen Tool involves clicking around the Photoshop canvas to make points appear. These points will be connected by lines and start to create a shape.

Compared to other programs (like Illustrator), it's the things you can do WITH the shapes once you have them drawn what is somehow lacking. Photoshop will let you draw, modify nodes and play with combining, intersecting or substracting them, but it won't let you do more complex operations.

The Adobe Forums have a very complete guide on how to get started with the Pen Tool.

I think this thread needs a summary, otherwise readers may leave still confused. Most readers will not care if the results are "true eps" or "true vector files", they just want to get something done. However, they should be aware of the limits and constraints on certain techniques. Here are the key concepts given in the answers:

Photoshop’s Generator in some limited cases can save SVGs (yes, proper, vector-only SVGs based on shape layers created in Photoshop). You will need Photoshop CC 2014.2 (or 2014.1) to do it though. 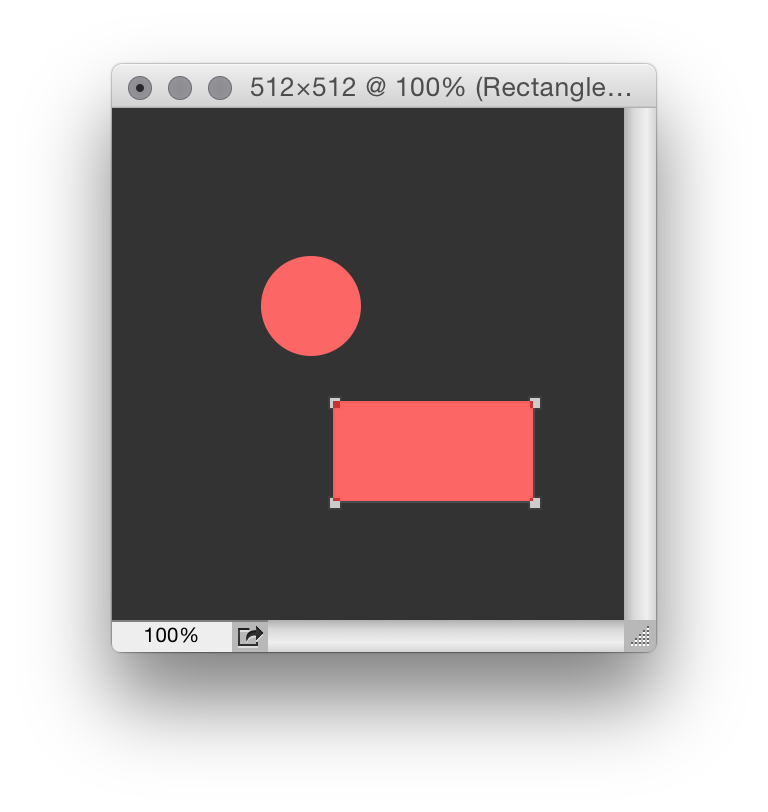 Not the answer you're looking for? Browse other questions tagged adobe-photoshop vector or ask your own question.

0
How can I tell if my .psd file can be saved as a vector image?
1
Can I save photoshop images as a vector?
0
PSD to Al in order to create a vector file?
17
Is a Photoshop EPS file a vector format?
7
What can Illustrator do that Photoshop can't?
2
Why would someone use both Adobe Illustrator and Photoshop for a static drawing?
2
How can I make a circle segment in Photoshop?
3
Unsure of vector file formats in Photoshop
2
Importing a vector file into Photoshop WITHOUT rasterising it
2
The exact and best canvas size when creating a logo
See more linked questions

17
Is a Photoshop EPS file a vector format?
5
How flatten transparency without rasterization?
0
Extract vector graphics from PDF in photoshop
1
Is it generaly acceptable to use purchased vector graphics in paid work?
1
How to export to compressed BMP RLE using CorelDRAW/Photoshop?
6
How to create proper Vector Images that can be used as an Android Vector-Drawable?
0
Using Photoshop to Create Posters
0
Vector graphics pixelated after pasting and importing into Photoshop
0
How to create a Photoshop and illustrator Smart Object