In illustrator, creating graphs is not so well implemented, so I'm using another tool to make them (e.g. R, xmgrace, pyx, mathematica), and them export as PDF and "place" them in the illustrator, for further modifications and adjustments easier to to in illustrator.

There are two "types" of placing: either a link to the original pdf, or embed the pdf in the illustrator, converting its data to illustrator's "notation".

I currently know one way of "solving" this for images, as pointed out here: by converting the pdf to a postscript without fonts, using (on Mac):

For simple formulas, this seems to be equivalent to export a formula from LaTeXit as "PDF w.o.f." (without font) instead of just PDF (this utility appears during Drag of the formula)

However, for images, this requires one step on the process (the terminal command) just to create a new file, for them passing from pdf to Illustrator.

Does anyone knows a better solution than this one?

This seems to be your main problem, correct?

Instead of opening the PDF file in Illustrator, place the PDF file. While the PDF you placed is still selected, go to:

This will take care of any font issues you have with your pdf's and allow you to continue to edit in Illustrator. 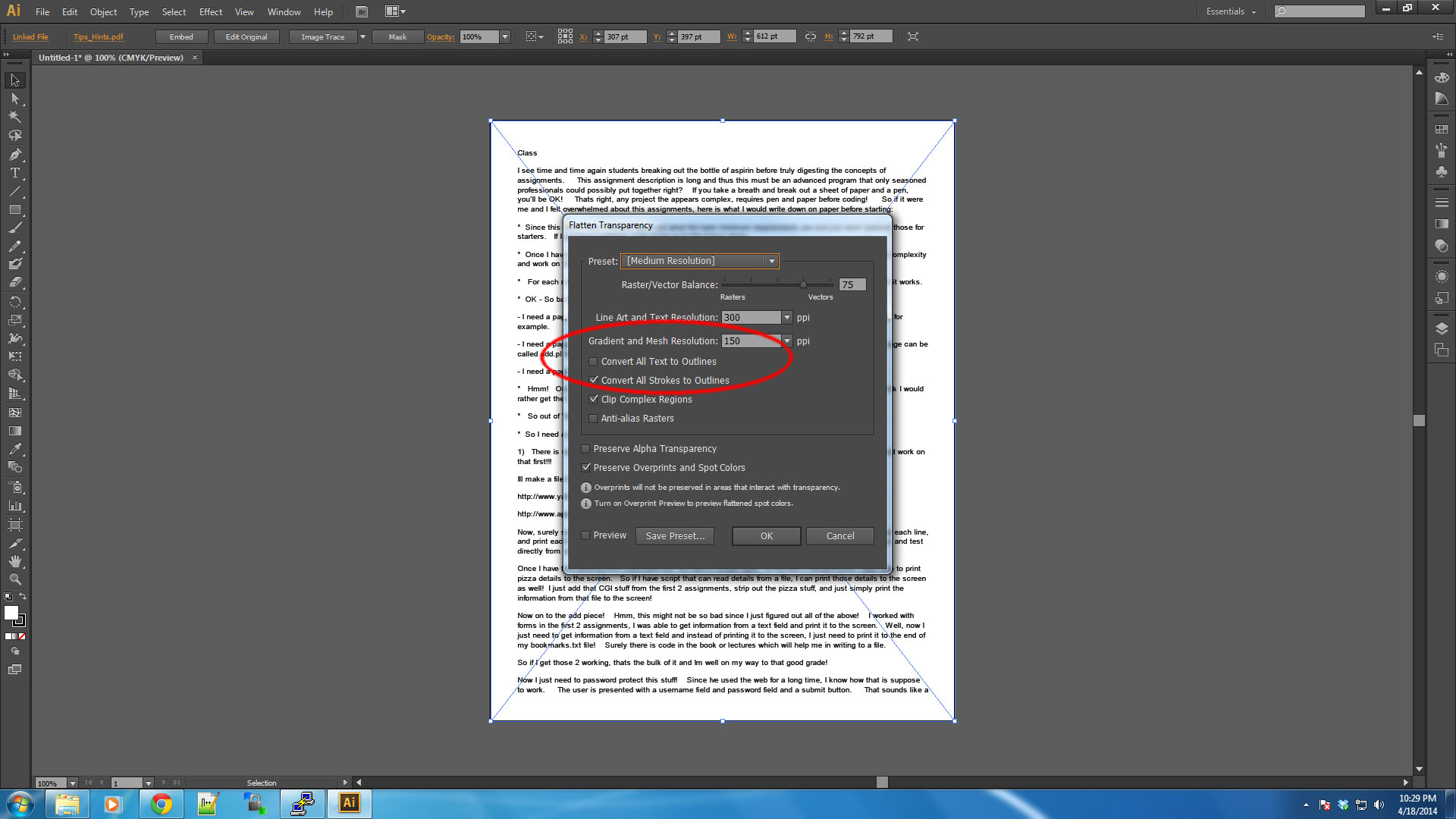 Create the .pdfs so that they contain the fonts in question, then they can be placed into AI w/ a link.

One way to do this is to export them to .eps, then distill them to .pdf on machine w/ all the fonts.

Not the answer you're looking for? Browse other questions tagged adobe-illustrator fonts pdf image-format or ask your own question.

2
An error when I open a .eps from Wolfram Mathematica in Illustrator
3
Why is my text messed up when converting a PDF to SVG?