Is there a command-line program that can convert an image to an ASCII art image?

Is there a command-line program (for Linux) that can convert an image to ascii art and then save that output as an image e.g. jpg or png?

To illustrate what I'm in need of, I want to convert the image below into ascii art 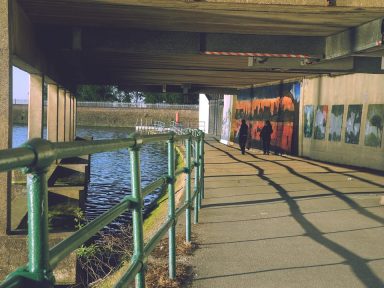 The output that I desire from a program should be similar to this one, which was created by taking a screenshot of the output of an image-to-ascii converter (the output was pure text) 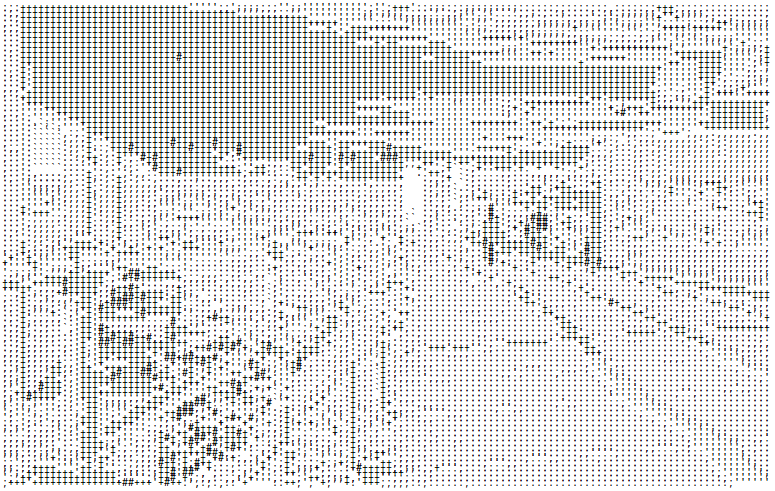 I'm aware that GIMP has the ability to save an image as ascii art and aview can also convert an image to ascii. However, the former cannot be done via the command line and the latter only lets you view the output, not save it (I don't want to resort to taking a screenshot of the output).

I'm also aware that libcaca can save its output to an image, but it only outputs colourful ascii, like below. 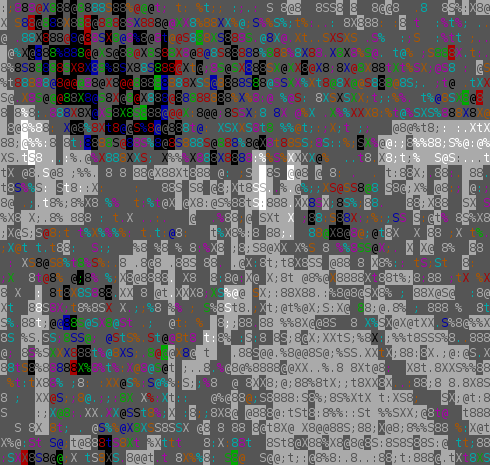 Made by converting the source image to greyscale and then with the following command:

The reason for wanting a command-line program is to batch process a folder full of images.

In case you seem to be running Linux you may stitch the applications easily together to get the desired result. This can then also be incorporated in your batch processing script.

The example below makes use of jp2a, a powerfull JPG to ASCII-art converter with many options to achieve desired results (consult the manpage). We then further process the resulting ASCII text file to an image using convert from the ImageMagick suite. Again there are many options to fine tune the result. Both applications are likely to be available from your distribution's repositories.

Below sample script will produce an ASCII-art image (format depending on the extension we give, .jpg is for JPEG) from an input JPEG-image. The source is rendered to 160 character width at 6 pt. This will then just fit on the default page size as pre-defined from convert.

You can use this python code I created to create ascii art from still images and videos: 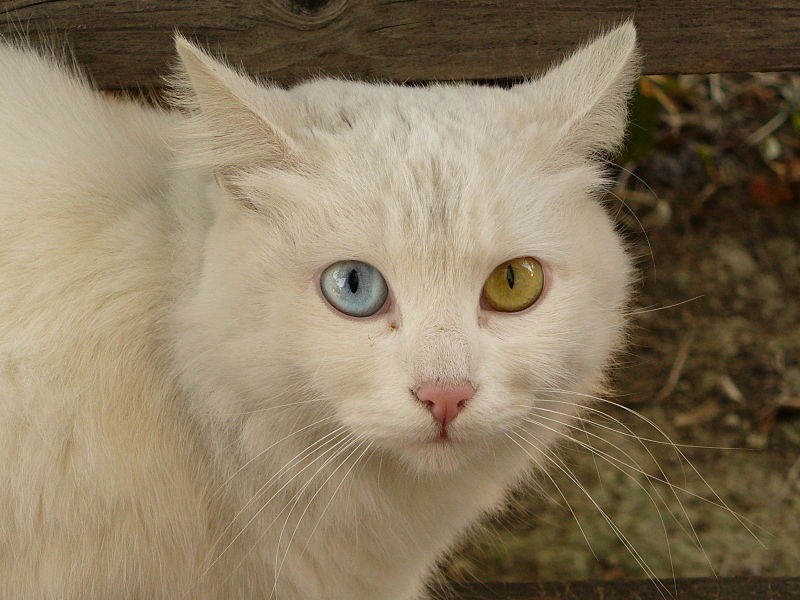 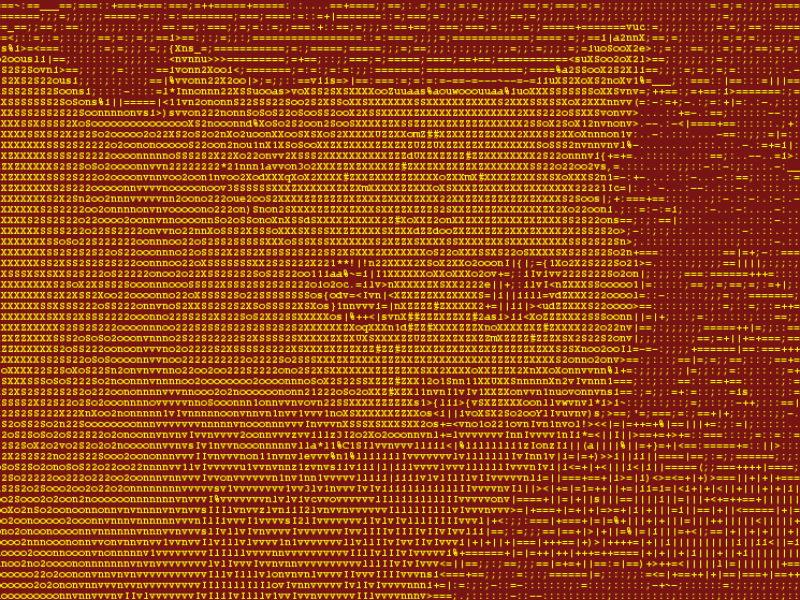 You seem to be Using Linux, and already know libcaca. There is another lib that does exactly what you say (Image to Ascii on command line): Aalib.

There are many programs do this. This one works both on Linux and windows. Doesn't use external libraries, full source code available, etc...

In Node.js Knockout 2012, there was a winning submission that took a webcam video feed and spit out an "ascii feed": 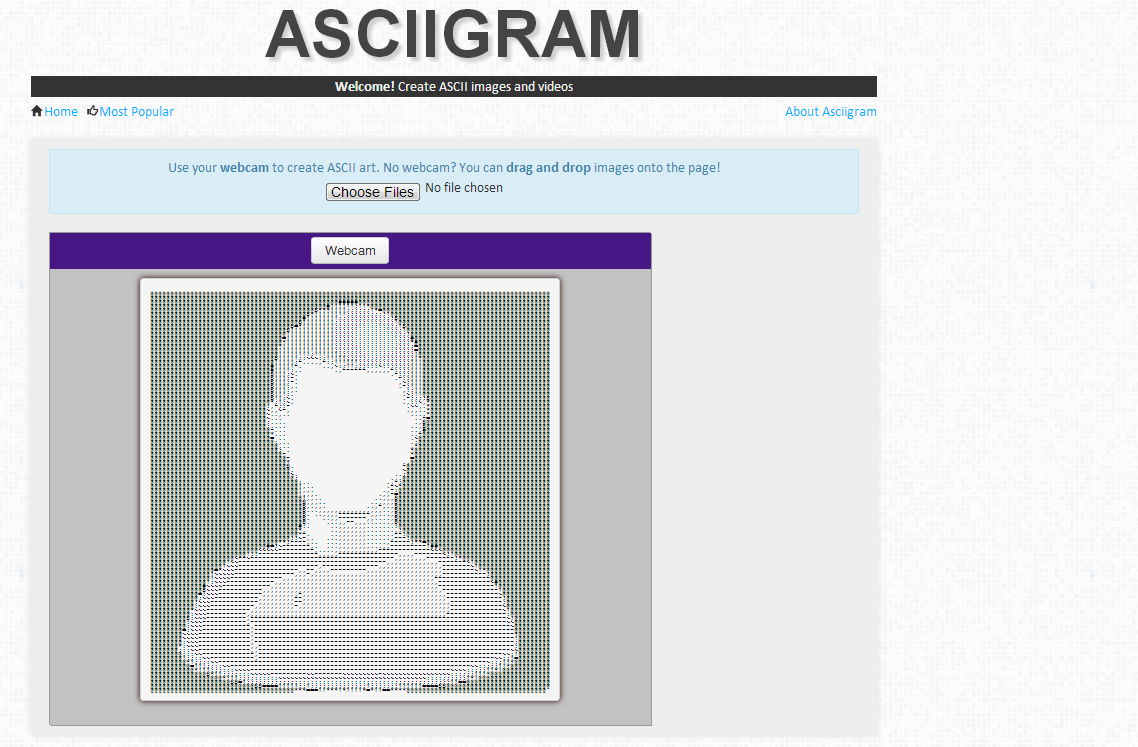 Asciigram is a "productivity tool" that allows you to creates ASCII videos and images using your webcam. You can also create ASCII images dragging images onto the page.[Link]

It's not exactly command line, but maybe you can retrofit it for your needs. The library they use to convert the image to ascii is called Jscii.

As long as I am aware that program doesn't have a command line interface, but does convert images to text and then to images. Source is available, so you can use it to write your own tool.

You are right, aalib doesn't output images, but it does output text. As well as many other programs that work on command line.

If you're using Linux, there is a command line program called asciitopgm that will convert ascii text to a bitmap. It's part of the netpbm package.

So you can use a combination of tools:

I think you can do what you wanted to this way.

I know it's a bit late, but I thought I'd post this anyway in case someone stumbles in here by chance 😅

You can use a CLI tool I recently created, ascii-image-converter. It's available on snap:

Or you can visit the repo if you directly want the binaries or something: https://github.com/TheZoraiz/ascii-image-converter#installation

It currently supports jpeg, png, webp, bmp and tiff image formats so it'll work on most images you encounter.

It covers all of your use-cases and can save ascii art as a png image. This command would print and save the ascii art image in the same directory:

There's a bunch more flags for more customization, including providing your own ascii character set for mapping against. You can read the documentation for more details. I'm working on improving it and integrating new features. Give it a try! :)

Not the answer you're looking for? Browse other questions tagged images software-recommendation batch-processing image-processing ascii or ask your own question.

4
Command line interface-based way to desaturate and posterize an image?
1
How can I pixelate an image via the command line on Linux
2
Is there a way to automatically separate a folder of images based on whether they're photographic or line-art graphics?
4
How to properly brighten a very dark image
0
Batch polar coordinate conversion
0
Re-vectorize a rasterized vector image?
0
Why does my art's color display look different on my art program vs. on the internet (on the same monitor)?