How to convert solid color to transparency?

I have a simple black and white image. I want to remove the white background and make it transparent. There are some intricate parts so the magic wand tool won't work for me in this case. Is there a way I can select a color and remove it (making it transparent)? Here's a sample of the image: 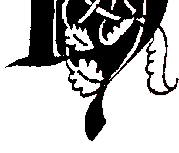 I'm currently using Pixelmator, but have access to Photoshop. Also, I would think all of these programs would have a similar tool for doing this, but I'm not familiar with it.

If you would like to make a white background transparent, you can use the "Mask to Alpha" tool. However, this tool assumes that the dark part of the image is what you want to make transparent. You will first need to invert the color so that the white is turned black:

Then you can convert the black to transparent:

Update June 2018: The menus have moved around a little bit since the last time I tried this. Now the menus are as follows:

The image you are showing appears to be aliased, meaning that the pixels are either black or white and few (if any) gray pixels near the edges. If that's the case, the magic wand tool set to a very low threshold should be the easiest way to go about it.

Using vector software such as Illustrator or Inkscape

We can easily convert any colour to alpha with Gimp. 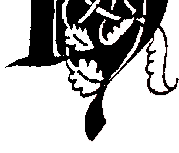 Not the answer you're looking for? Browse other questions tagged adobe-photoshop transparency pixelmator or ask your own question.

2
Is it possible to have a the magic eraser apply to ALL layers at once?
29
How to remove a specific color in an image in Photoshop?
0
Is there a way in photoshop to convert k values to alpha values?
0
How to remove any color and let all white-on-transparent
0
How to use magic wand where there is white in the image
1
How to remove tiny color type in this example
3
Remove outer white space around logo