I'm working on creating a glyph for the British pound sterling for a typeface I'm working on, and I realized that not only is it a bit of an oddity, it's an oddity that I, as someone from the United States (a 'Murican), am just not that exposed to.

What does a "normal" pound sign look like? A "normal" dollar sign tends to be, more or less, the "S" glyph of the font with one or two vertical strokes through it. But consider a sampling of pound signs:

Calibri is first, and is about as plain as can be; an elongated 'f' with a wide base. Adobe Caslon Pro gives it an oblique slant even though this is the Regular weight. Helvetica Neue squiggles the base, which feels a bit out of place compared to the general sterility of the typeface. Didot really emphasizes the loop on the baseline, while Charlemagne flattens out the base quite a bit. None of them have a crossbar in the middle that matches the x-height of the rest of the face, but the general rule seems to be to roughly bisect the glyph. If I look at these by date released, I'd guess that the notation has simplified over time.

Any Brits (or those who work with pounds enough to have an opinion) have thoughts on this? I know this stuff boils down to "what feels right," but I don't have enough context to make that call.

Probably the best way to understand and get a feel for a 'normal' pound sign is to practice handwriting them, until you've got a sense of what comes naturally from the essential form and what is within normal variation.

As I learned it as a UK schoolkid (this is me thinking step-by-step about what I do when I do it without thinking about it, so may not be totally typical but should be close enough to be useful):

Most of the flourishes and variation are within normal variation for how it is hand-drawn. Sometimes the [reaches for typography textbook, fails to find relevant term] serif-like foot thing at the bottom left is a loop, sometimes the stem curves to meet it and sometimes it's a straight right angle because the pen goes out there when it reaches the bottom of the stem then doubles back on itself without leaving the page. The stroke width usually thins a bit here, as the pressure on the pen usually drops a bit - this bit is a common flourish rather than an essential feature.

The key essential thing here is that the bottom corner is a very sharp corner, in contrast with the curve at the top. The top curve of the stem must be unambiguously curvy and the crossbar must pass through the stem (not start at the stem) as this is what differentiates it from an E. There are additional common optional features that are within the normal variation in handwriting that can be added to a typeface to make the difference between £ and E clearer, as necessary - the bottom left foot thing, a downward curl at the top right starting point, and a kink bringing the stem back in towards the centre like a backwards ?.

The crossbar is usually a thin perfectly straight line even if everything else is highly styled because it's a separate pen stroke - a quick even sidewards flick before moving on to the next character. Most of the variation in width is what would happen if that first pen stroke was done in a calligraphic way.

So, as Joonas mentions, the sign is apparently a capital letter L, with one or two crossbars to show that it is being used as a symbol or abbreviation. The L stands for the Latin word libra, the name of a Roman unit of weight, which also gave rise to the abbreviation lb for a pound as a measure of weight, and to the French word livre (source).

The first £10 note was printed in 1759, when the Seven Years War caused severe gold shortages (inflation fears of war with France led to the first £5 note in 1793).

Unfortunately, the images I could find for those ones just write the word "pound": 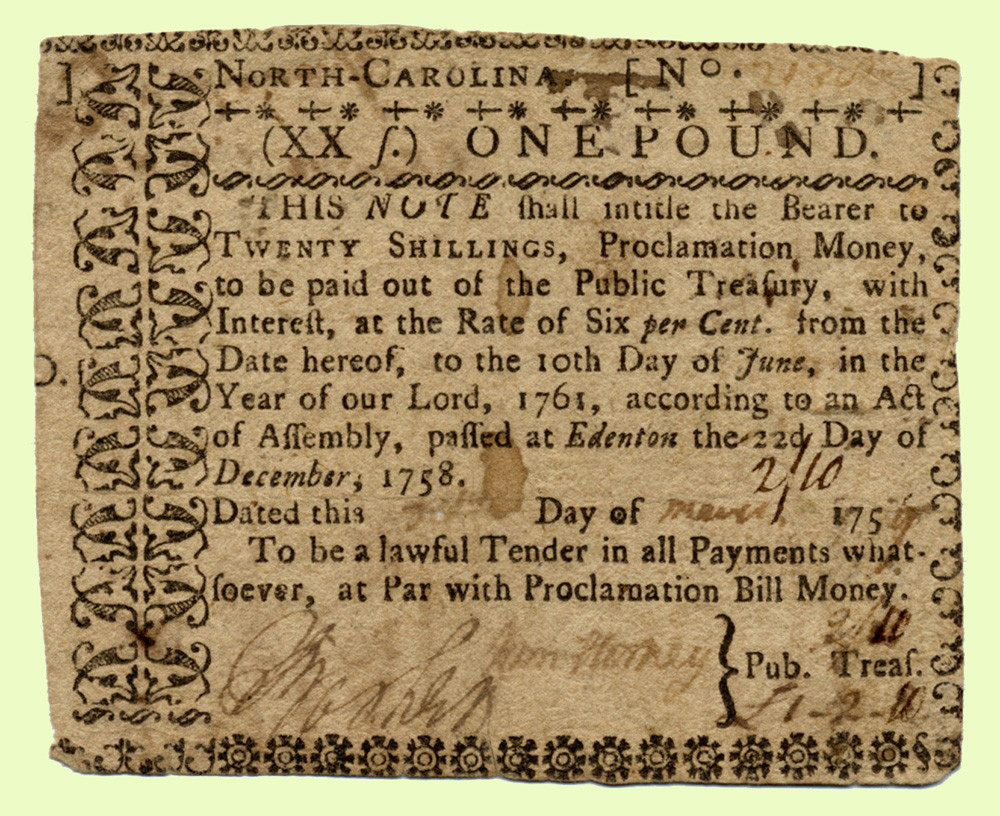 But in the 1800s you can see a very decorated pound symbol, based on the calligraphic style of the time (bottom left corner): 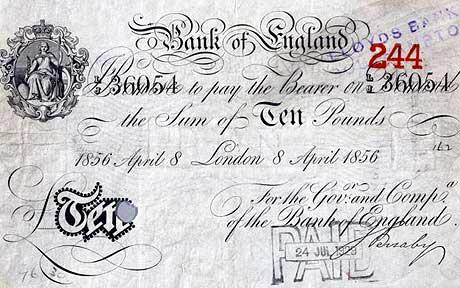 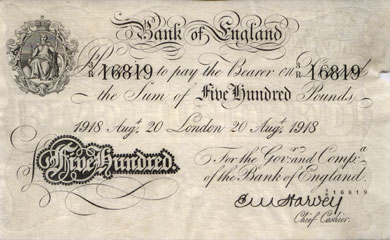 So as Scott mentions, there isn't a "normal" way of writing it, other than maybe "calligraphic uppercase" or Blackletter.

Beyond the basic structure of the form, I don't think there is a "normal" of any type character. It's all merely a typeface choice. Like a dollar sign, the Pound has the same basic structure, bottom and middle stroke with a vertical that curves to form the top stroke. After all what does a "normal" T look like??? Doesn't that all depends upon the typeface?

There's as much variation in US Dollar Signs as there is the Pound. Does the middle vertical go through the center of the dollar sign or stop at the "S" shape? Are there two verticals or one? Are there curls on the end of the "S" shape? I think all these variations are equally present on the Pound symbol.

7
What does “letterfit” mean?
3
Font that looks like plastic lettering on a sign with “diagonal” words
6
What does “PDF-compatible glyph names” mean?
1
What does “Ratio Of Headline to Body Font Size” mean
11
What are the origins of the commercial minus sign (⁒)?
2
What does “draft font” mean?
0
Why does the comics font look like it looks like?
1
Does anyone know what happened to moorstation.org? the 90s type foundry
4
Why does lowercase “k” in Consolas look so different in italics?