Now I need to remove the subtracted area and combine the three shape layers into one shape layer without rasterizing.

This is what I want to do: 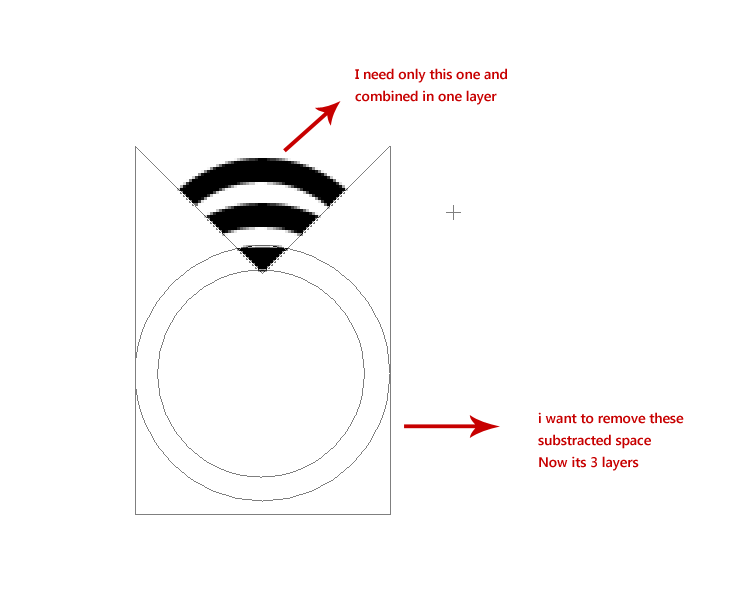 Once that's done, you can copy/paste paths to the same vector layer.

Photoshop does not offer any features to remove portions of shapes/paths automatically such as the Pathfinder operations in Illustrator or Indesign.

Finally I managed it myself.

There is a combine Button in the toolbar you can see once clicked the path direction tool. Select the layer and click combine, That's it.

Then select path operations in the options toolbar: 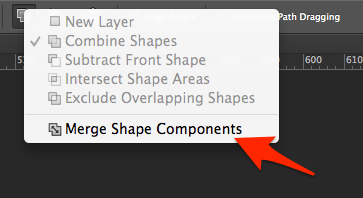 It'll throw a popup asking you to confirm:

Once you confirm, it'll combine everything into one nice path.

Not the answer you're looking for? Browse other questions tagged adobe-photoshop vector icon layers shapes or ask your own question.

26
Combine Two Vector Shapes into One, With One Path (in Sketch App)

9
Getting a vector shape from an EPS file into Photoshop CS4
7
Photoshop layers into SVG paths
1
Extract path from shape, and preferably merge it with another path from a shape
26
Combine Two Vector Shapes into One, With One Path (in Sketch App)
1
How do you combine two paths into one, or is there a better way to draw this shape?
1
How can I combine multiple Overlay layers into a single one?
0
Using Illustrator CC one layer shape out of multiple paths