GIMP: How to transform one color component to alpha, keeping the others?

I don't know if the question's wording is correct. Basically, I have something like this: 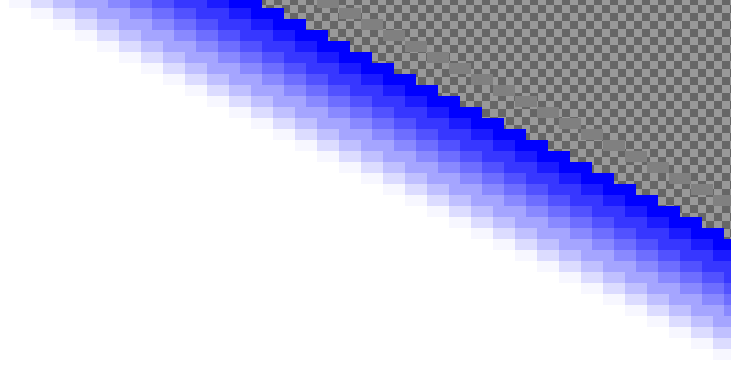 As you can see, blue is fading into white. The blue and white are both merged in one layer. I want to take out the white, leaving a transparent background, so that blue can fade into any background color. Obviously just selecting the white pixels and deleting them won't do the trick, because the pixels in between would either be deleted as well, destroying the fade out effect, or kept, and it would still fade to white until another solid color appeared.

So is there any way to achieve this?

After much snooping around, I finally found the option "Color to Alpha", which does exactly that. I just had to select the color white, and all the pixels that faded to white had their alpha changed accordingly, so I can change backgrounds on the fly now.

25
GIMP - change color of object preserving feathering
81
GIMP "color to alpha" is not selectable
2
How to make a symmetric gradient in GIMP?
3
Gimp 2.6.12: modify alpha channel while preserving color
1
Wish to make a GIMP layer visible to me, but "hidden" to GIMP
3
Change speckly black background of screen photo to solid black
1
Remove white background for in GIMP with calligraphy scan
0
Level of transparency based on similarity between images GIMP