What is the “baseball team shirt” style called?

I really want to know that this style is called. You see it often, also on clothing. I would like to create something like it in my own name. But before I can actually look for tutorials, I think I need to know what it's called. 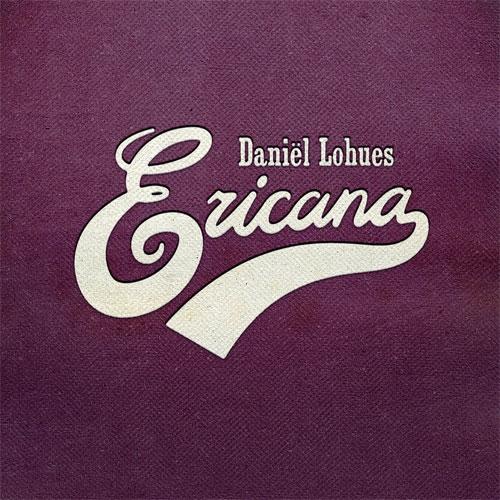 If you're talking about the lettering for 'Ericana', you'll do well to search for 'baseball script' or 'sports script'.

Here's an excerpt from the Baseball Hall of Fame's web site:

When one thinks of the quintessential baseball uniform, it is often adorned with a team or city name angled across the shirt front in script lettering. The first big league club to use this design was the 1914 Federal League Buffalo Blues (also known as the Buffeds). It was not until 1930 that the script lettering was reintroduced into big league baseball. In that year, the Detroit Tigers adopted the style that has since been embraced by nearly every major league club at some time during its history.

There's a picture of the "Buffeds" on the site there...it's a script with the tail!

I can't say this authoritatively, but I'd say that these scripts and tails were just more common in that era. See this photo that was taken somewhere around 1906 of the Alvin Theatre in Pittsburg (no 'h' for Pittsburgh at that time!), PA: 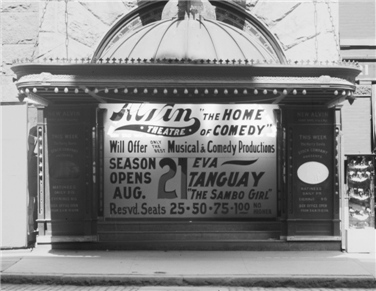 So, the script was common back then, and the tail is a nice visual flair that a sign painter would have done. A lot of baseball teams picked up the style, and because baseball is all about tradition, the style persists to this day with a lot of clubs (Oakland Athletics, Baltimore Orioles, Kansas City Royals, LA Dodgers to name four), which is why I feel like that style is associated with baseball more than anything else.

5
How to classify the style of Guild Wars 2?
2
Specific name of “line in taxicab geometry” art style wanted
3
What make the colors in this picture look soft?
3
How can I best achieve this “Victorian” style?
0
Recreating the album 'tiles' style found in Google Play Music using WPF
3
What is this Polish inspired style called?